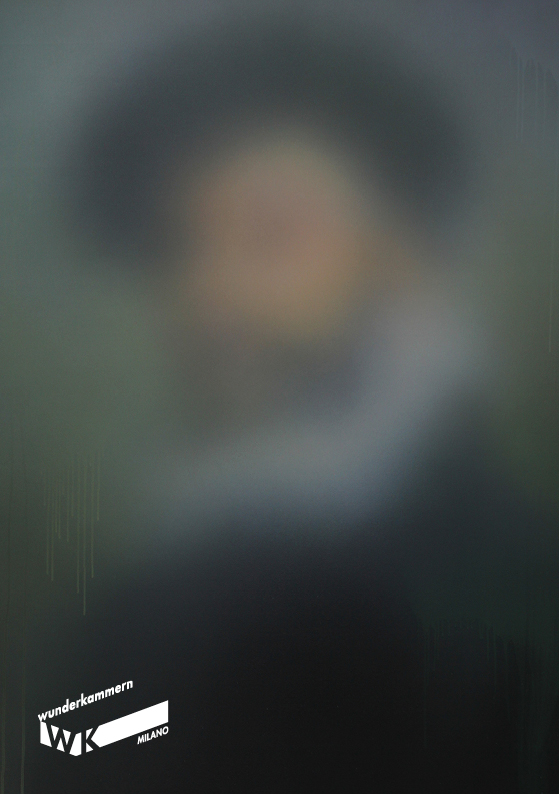 Wunderkammern Milan is glad to begin the new year presenting Hazy state of affairs, the solo show of the Italian duo Miaz Brothers. The Miaz Brothers (Milan, 1965 and 1968) live and work in Valencia, Spain. Winners of the prestigious 5th Arte Laguna Awards Painting section in 2011 and of the Amposta Museum of Contemporary Art International Biennial Prize in 2010, the artists exhibited at Thetis in the spaces of the Arsenal of Venice and boast exhibitions in important galleries and international art fairs. The Miaz Brothers have also favoured unconventional exhibition spaces, because of the potentiality of these locations to encourage the public’s spontaneous reaction.At the beginning of their career, in their experimental phase, the two brothers travelled all around the world and explored different artistic techniques, such as video, painting and photography. The artists are nowadays well-known for their innovative and original approach in portrait painting: through a skilful use of acrylics they produce enigmatic and evocative artworks, in which the representation appears completely blurry and out-of-focus. Stimulating mnemonic and personal associations in the viewer’s mind, their work aims to engage our visual and cognitive perception.With the solo show Hazy state of affairs at Wunderkammern Milan, their artworks become a metaphor of the contemporary society’s status, in which the truth of the events is dull and altered and it remains unintelligible. The Miaz Brothers’ aesthetics builds its basis on the inner workings of interpretation. It carries out a short circuit between reality and imagination, certainty and doubt. The observer is attracted by the delicate and ethereal shades of colours, and at the same time he is invited to distance himself from the painting to synthesize the image. There are no lines delimiting the subject, nor the details which are typical of portraiture are recognizable. The artworks are simultaneously abstract and figurative and the observer is forced to interpret in a subjective way the image of a blurry truth.

free entryopening hours: from Tuesday to Saturday, 11 am – 7 pm