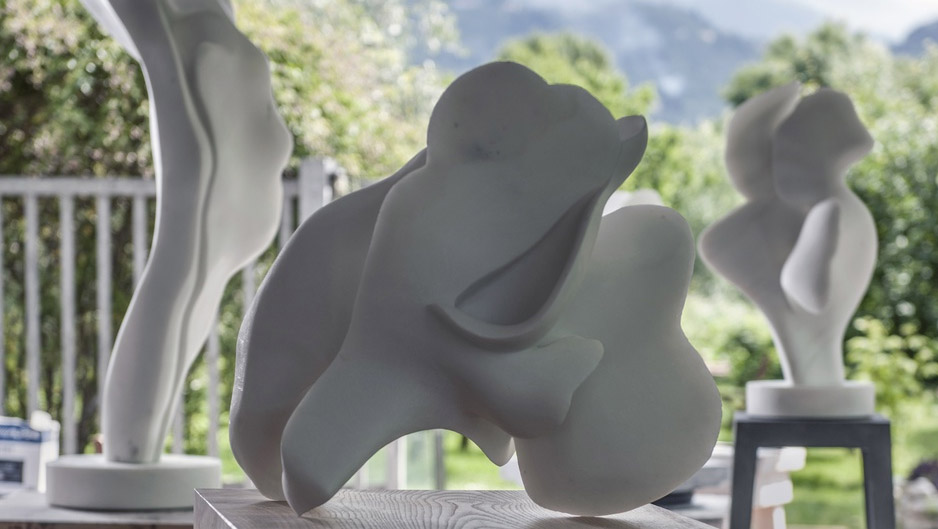 Hignell Gallery is proud to announce Hard Beauty, an exhibition which presents a personal portrait of the career of sculptor Helaine Blumenfeld OBE. Curated by Director Abby Hignell, Hard Beauty will be held across two floors of the gallery space in Shepherd’s Market, Mayfair, from 21 September to 27 November 2016.

The exhibition offers a new insight into Blumenfeld’s impact on contemporary sculpture at a pivotal moment in her career, where she joins a new gallery space and creates work that speaks to this daring change. The exhibition features new pieces in bronze, marble and terracotta as well as her rarely-seen drawings and works on paper.

Helaine Blumenfeld OBE moved to England in 1969 and soon after, exhibited at Kettle’s Yard, Cambridge. 1975 marked a turning point in Blumenfeld’s career when she first visited Pietrasanta, Italy, and began carving in marble as well as in bronze. In 1985, she had a seminal joint exhibition with Henry Moore at the Alex Rosenberg Gallery, New York.

In 2007 Blumenfeld became the first woman to win the Il Premio Pietrasanta e la Versilia Nel Mondo, adding her name to the list of winners of this honour including Botero, Pomodoro and Marc Quinn. In 2008 the Royal British Society of Sculptors held a major retrospective of her work and in 2011 Blumenfeld was awarded an honorary OBE to mark her achievements in sculpture.