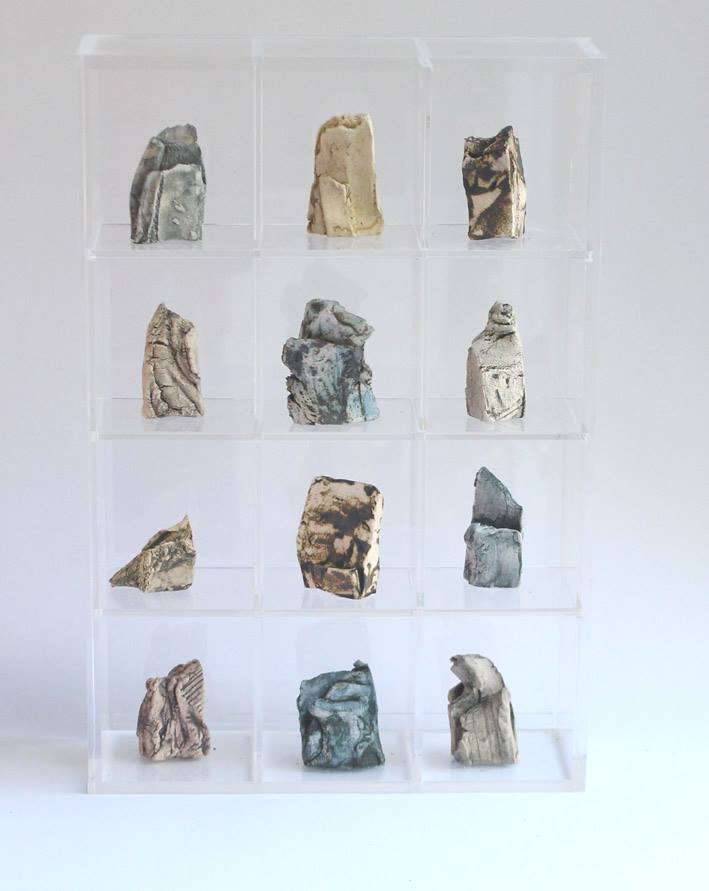 The Olivier Cornet Gallery is delighted to announce that ‘Hopscotch’, the group show we presented at Vue 2016, Ireland’s National Contemporary Art Fair (RHA, 5th-8th November), can be seen at the gallery from the 17th of December 2015 to the 31st of January 2016.

This year is marked by the 150th anniversary of the publication of 'Alice in Wonderland' and Universal Children's Day is celebrated in November every year. With these two events in mind, the gallery asked its artists to present or create works based around the themes of childhood memories and children’s games.

Selected pieces are accompanied by text written by a group of young writers reacting to the works, in collaboration with Fighting Words, the creative writing centre established by Seán Love and Roddy Doyle in 2009.

To celebrate the start of the festive season, the gallery would like to invite you to the official opening of the show in its new setting at 3 Great Denmark Street (opposite Belvedere Hotel and between Belvedere College and Barry’s Hotel) on Sunday the 20th of December at 3 pm. All welcome.

The gallery will be closed from December 22 to January 1st. The show will then resume until the end of January 2016.