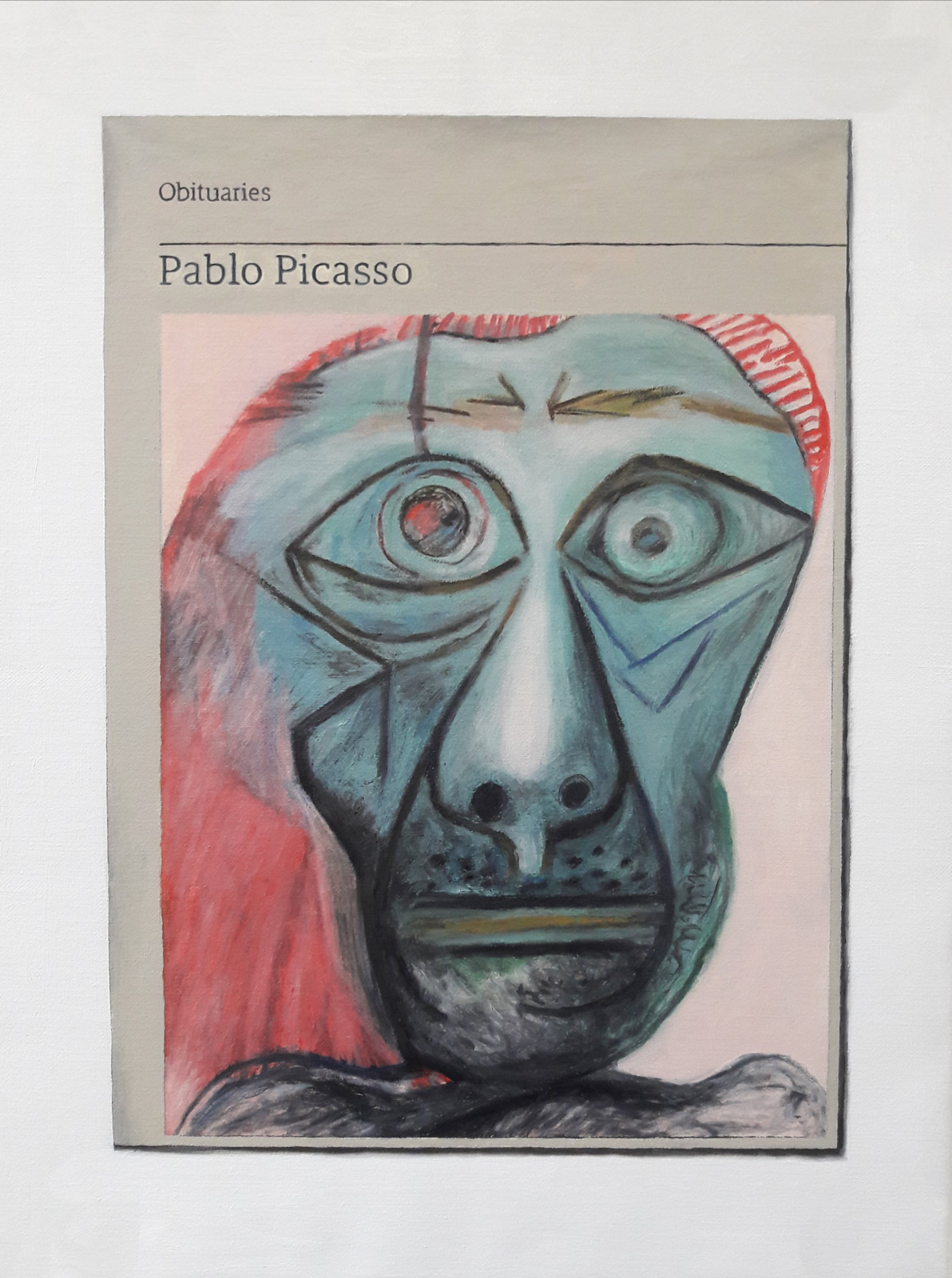 CHARLIE SMITH LONDON is delighted to announce Hugh Mendes’ third solo exhibition with the gallery.Mendes is recognised for finely rendered obituary paintings that operate simultaneously as portrait and still life. This obsessiveproject, ongoing now for over ten years, evolved originally from making still life paintings of newspaper cuttings. Considering stilllife’s metaphorical function within the history of Western art from 16th century Netherlandish painting onwards, adopting theobituary as a singular subject enabled Mendes to embrace and affirm the inherent meaning of memento mori: remember death.In this series Mendes continues from his 2016 exhibition ‘The Death of the Artist’, which represented a shift from painting variousnotable figures whose life and work resonated with Mendes, to recently deceased artists only. Significantly, in this exhibitionMendes turns backwards to paint heroic artists from throughout the centuries, all of whom have expressly impacted upon him andhis practice. And in using their own self-portraits as source material, Mendes has been able to engage profoundly with the artists’intentions:“I used Lucian Freud’s self-portrait a few years ago, then continued to explore this theme with others, such as Francis Bacon andMichael Andrews. This gave me a fascinating new perspective, as I was engaging with their psychology and how they sawthemselves. It also allowed me to engage with their idiosyncratic use of paint and perhaps consider a degree of existentialism.”Indeed, this process has facilitated a meditation on and enabled a conversation with the titans of art history: Picasso, Matisse, vanGogh, Cézanne, El Greco, Vermeer, Rembrandt and Goya all feature. During the making of each of these paintings, Mendes hasengaged profoundly with the personality of the artist, investing in and befriending them. He will talk with fondness of thecharacteristics of every subject, as well as the challenge of integrating their techniques with his own. Each painting, therefore, isactivated differently, and represents an audacious synthesis of contemporary and historical painting.Please contact gallery for images and further information