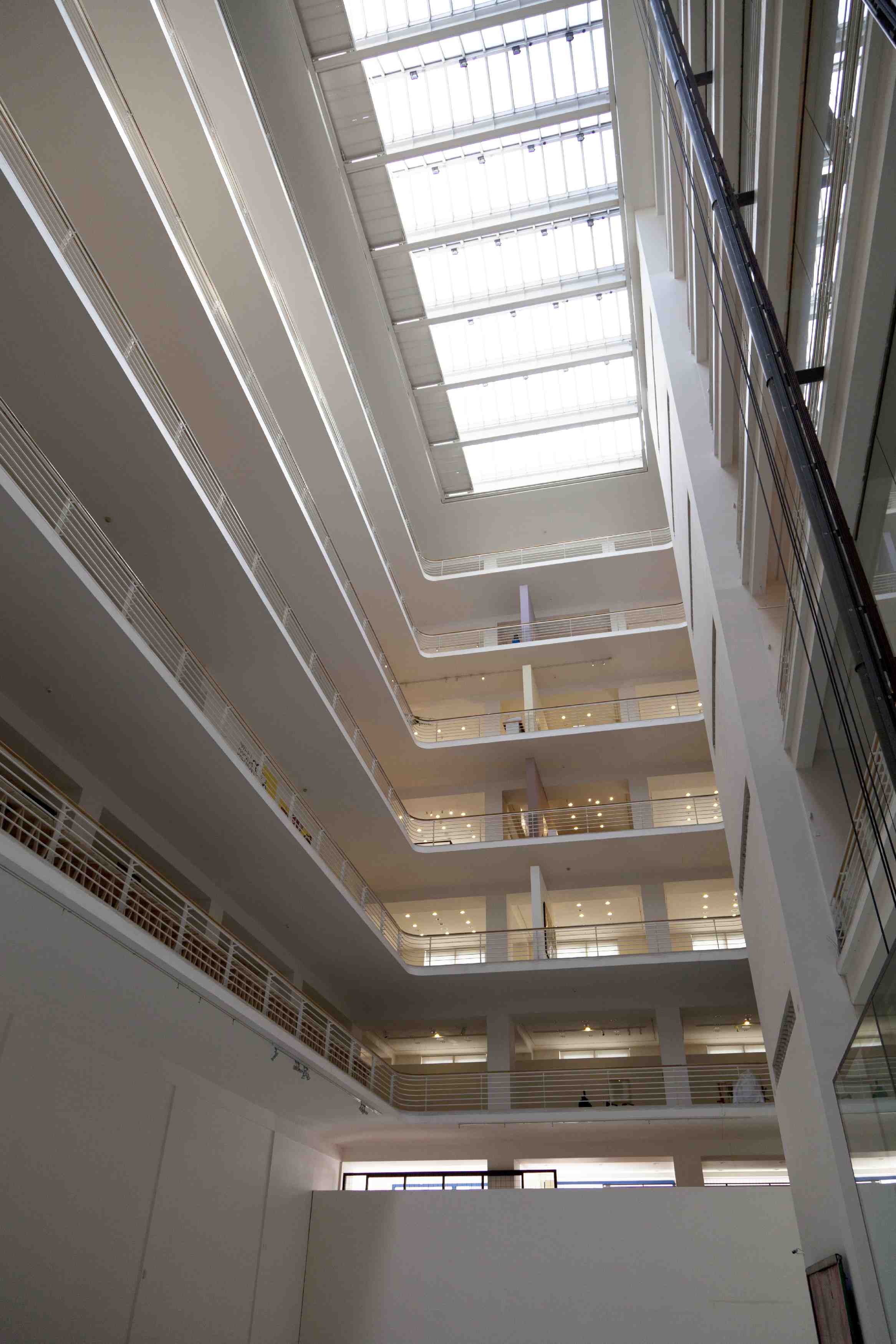 Conceived in situ, Surface is Patricia Dauder’s poetic elaboration of an image as a complex architecture, composed of layers of memory and meaning. The installation builds up a dialogue amongst several elements, carefully distributed in a space, which are commonly dark, flat, and that share a certain fragile appearance and a virtual lack of volume. Their spatial choreography enhances a conversation as they seem to face each other or to be connected by invisible lines. Even though these elements could be perceived as drawing and sculpture, they transcend their dimensionality and become mere surfaces. They all have resulted from the action of erasing, eroding or wasting a prior structure until obtaining a unique image-object. As the title evokes, they seem to have been deprived of content, as relegated to superficial layers or “skins”, but they retain the scent of a space, an action, or an object. Recalling debris, at the same time they evoke the experience and materiality of ordinary objects and not so ordinary spaces.The study and experimentation of form, matter, and structure constitute the means through which Patricia Dauder perceives, interprets, and projects ideas and sensations about time and space. The images and forms that appear in drawings, films, fabrics, sculptures and photographs are the result of long working processes in which a dialogue is established between the observation of the world and abstraction of perceptions about what’s present and absent, the whole and the fragment, waste and trace in nature and man-made elements. “Drawing is the medium”, explains the artist, “that I use to conceive morphologies and spaces derived from memories of daily observations but that do not necessarily resemble reality; it constitutes a language of invention. Sculpture functions in a similar way. It is a response to sensory projections about space. Photography and the moving image are media that I use to capture fragments of the outside world, tools for the observation and analysis of reality, to implement a personal imagery”. A duality between introspection and observation that feed off one another.Patricia Dauder (born 1973, Spain) studied at the Faculty of Fine Arts of Sant Jordi (Barcelona), and at Ateliers Arnhem (Arnhem) *4 She has been a resident artist at spaces and platforms such as Project Sonae//Serralves (Oporto), I.S.C.P. International Studio and Curatorial Program (New York) or Hangar (Barcelona), and last but not least, Meetfactory in Prague. She has received remarkable awards and recognitions, such as the DKV / MARCO Grant, CONCA Visual Arts Grant, Plastic Arts International Botín Foundation Grant and the Caja Madrid Generation Prize, among others.Introduced by Adam Budak