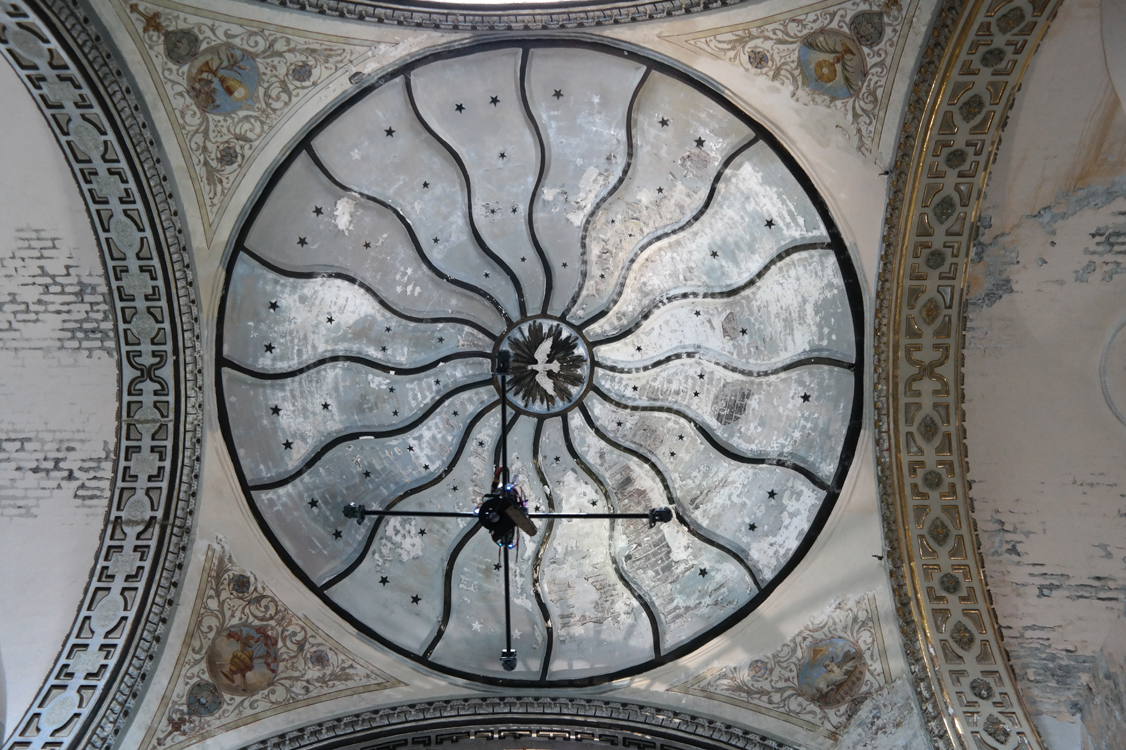 Jens Brand’s installation “Tetraktys” is part of a series of experiments featuring “world machines.” Brand sees devices and installations such as the “G Player” (2004) or the “Small World Machine” (2011) as distinctive metaphors about the appropriation of space by sound and vice versa. “Tetrakys” is essentially a musical machine, consisting of four drones, which mechanically adapts aspects of the Music of the Spheres. In the history of ideas, the Music, or Harmony, of the Spheres is an essential element of Pythagorean cosmology and musical theory, which has been passed on through the writings of Boethius and Kepler and has preoccupied both artists and scientists ever since.

Jens Brand generates the mechanical model for “Tetraktys” with the aid of automated aerial drones – widely known and notorious for their popularity among hobbyists as well as for their use for observation or military purposes. Brand here uses them as sound generators. The drones function as mechanical space sound devices, whose real sound, and virtual physical, surfaces generate a model of the world that seeks to explore an absurd context in both abstract and concrete ways.

Organized by singuhr e.V. in the series “Resonating Spaces” in cooperation with the Schering Stiftung. With support from the Senatskanzlei – Kulturelle Angelegenheiten. “Tetraktys” is a satellite project of the group exhibition “entre límites / zwischen grenzen” by singuhr – projekte at Kunstraum Kreuzberg / Bethanien.

Exhibition dates: November 25, 2016 – January 15, 2017Hours: Thursday through Monday, 1–7 p.m.Admission and Performance TimesFrom 1 until 6:30 p.m. every hour on the half hour and on the hourFree admission