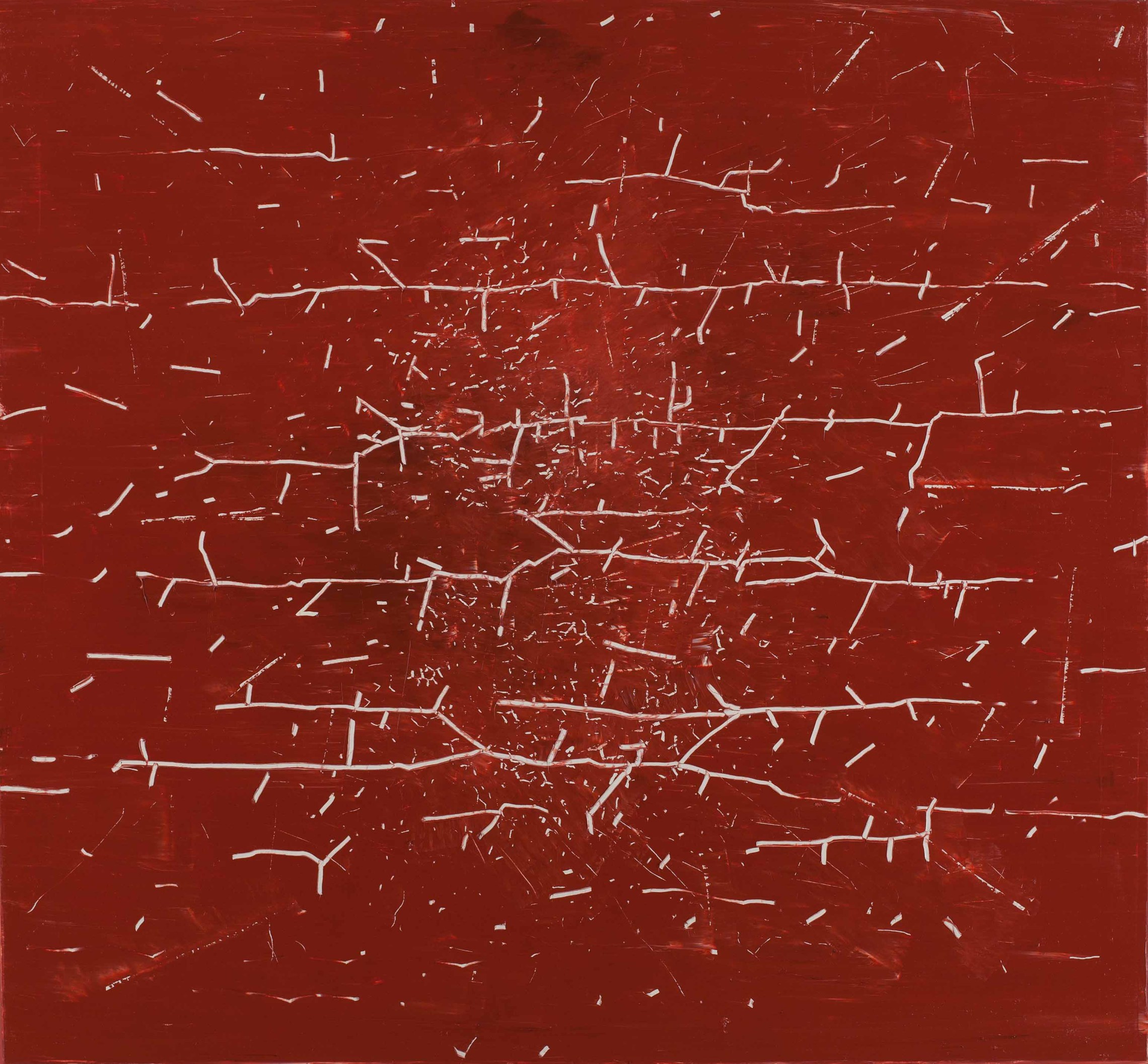 Based on his observations of the regenerative cycle in a universe that is in constant expansive evolution, Martoranno creates biomorphic forms that recall bee-hives, organs, seeds or even the tracks of some enormous insect crawling across the goopy surface of the canvas. They are the result of the artist’s profound interest in the biological world: an analysis of life in all its manifestations transformed into symbol, which the artist asserts “was the first human language represented in image. It is the archetype par excellence, both potent and universal as well as sacred, transcendental beyond reason, becoming the genetic source of our representation, giving simply and powerfully a universal meaning to all those things that surround us, from the day to day to the most ethereal.”

The works begin as sketches on paper which Martoranno enlarges until he finds their correct scale, at which point he orders the specially-made canvases and begins the process of painting.

In these works Martoranno uses a reductive technique that permits no corrections; the entire creative process of the artist remains in view. Using a limited chromatic range, Martoranno covers the canvas with dense coats of oil paint that serve as a background.  Later, with the surface still wet, he adds the final layers, scraping away with a spatula until the desired object, revealed in the underpainting, finally emerges.

This alteration of scale and the fact that the forms float in a neutral space, without shadows or any reference to their origins, affect our perception of the object and reveal its powerful totemic properties.