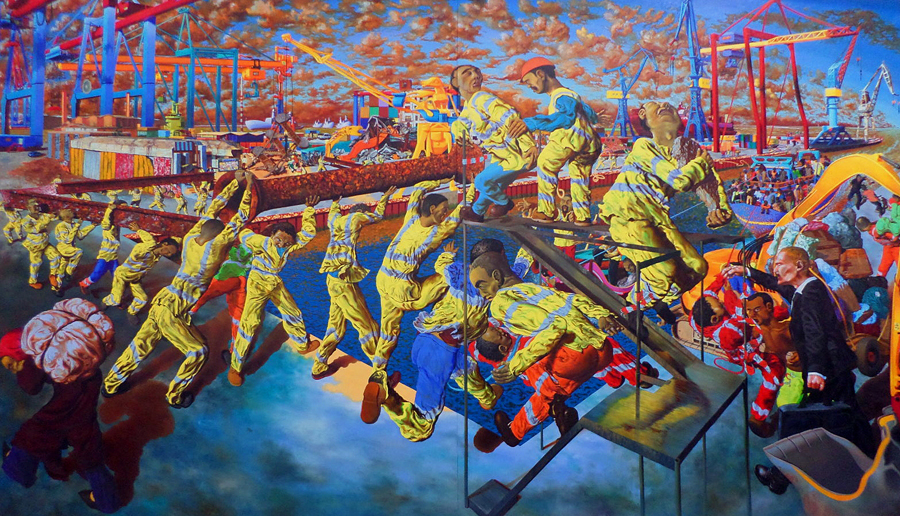 Josh Hollingshead has his second solo exhibition in London this October. Hollingshead builds his works upon the stories, customs and traditions that he learns about during his extensive travels, making sketches of the subjects as he goes along. He then further researches the subject matter before meticulously depicting his interpretation of it onto canvas. Each of his paintings is an extensive panorama filled with minutely detailed people and places, the stories of which unravel before our eyes.

CURRENT AFFAIRS is based upon the mainstream media’s coverage of hot topics, with which Hollingshead encourages his audience to think about how we function as a community.