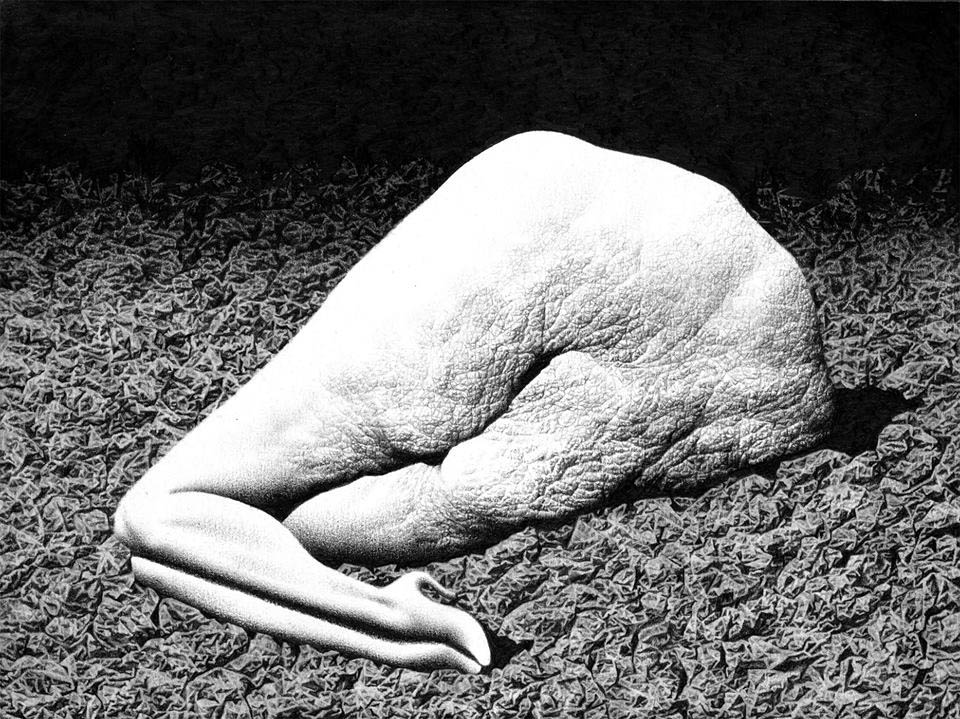 Anne barrault gallery is pleased to welcoming the new personal exhibition of Killoffer. On this occasion the writer Eric Chevillard dedicated a text to his works :

Everything was circumscribed; we suffocated in form. You were born a sucker and that was it, for life. Your skin was so tight on your body that the hair shirt billowed around it like a geisha’s kimono. Girdles constricted your ankles. The boa constrictor of the ego smothered all desire for expansion. All our ten fingers could do was strangle themselves at the joints. Everything turned crimson. We shed tears of blood. Everyone died of apoplexy. Some self-saturated thing was perishing, asphyxiated by its own essence. The cloud itself could only disperse in the cloud.
But that was before.
Boredom arose from the grim fatalism of matter. An itch gnawed at the brick, which was just being brick. The fine dust blowing away was still brick. Bone was no better, crumbling even as the hound slept in its kennel. Flesh necrotised from being flesh, replete with itself ad nauseam. Your texture was smeared onto you like jam. You’d never grow a single feather if you didn’t have a bird’s rump.
That was before. That too was before. In the time of damnation.
Then the famous upheavals occurred. From contagion or love—opinions differ on this point—forms contracted mimetism and matter caught unifying leprosy. Things came together as if magnetised. There were some crashes, some brutal collisions, but it was generally quite gentle, like the groom inside the bride. It was observed that a strong current of sympathy united forms that had been imprisoned by their initial imprint for too long. They tore themselves away from it as one might drag oneself out of the mud. Everything was like a puzzle.
We could breathe, and above all, it was new.
It was the same for substances. Now you sow the grain of your skin like wheat and, as long as you have some land, you’ll have a bumper harvest. Personally, I cover everything with elephant hide. The wisdom of wrinkles will no longer be confused with the decrepit old man, believe me.
At last, we are no longer trapped by our idiosyncrasy. Everything fits together and interlocks perfectly and at will. Lines blur so that your successive silhouettes make up the still moving crowd of your ways-of-being and your options. Your shadow is everywhere in the night. Far beyond your young flesh, its blood irrigates organs you might need in others.
We didn’t need to make such an effort to win this freedom. Just pulling the string and undoing the knot would doubtless have sufficed. Opening the bag and feeding the shy monster that crept out. It’s odd, though, that we didn’t think about that before. What fear held us back inside, nestling within, huddled in the depths? One day the skeleton had had enough watching over the corpse. The marrow coursed through the long and short bones. He left the boring bloke behind him to set off on an adventure with his wife, who was moping about in the nude as if wrapped in a shroud.
Without this bold step, everything would have carried on as before. A life without redemption, without metamorphosis. The new-born babe swaddled once and for all in the mummy’s bandages. We were lucky.