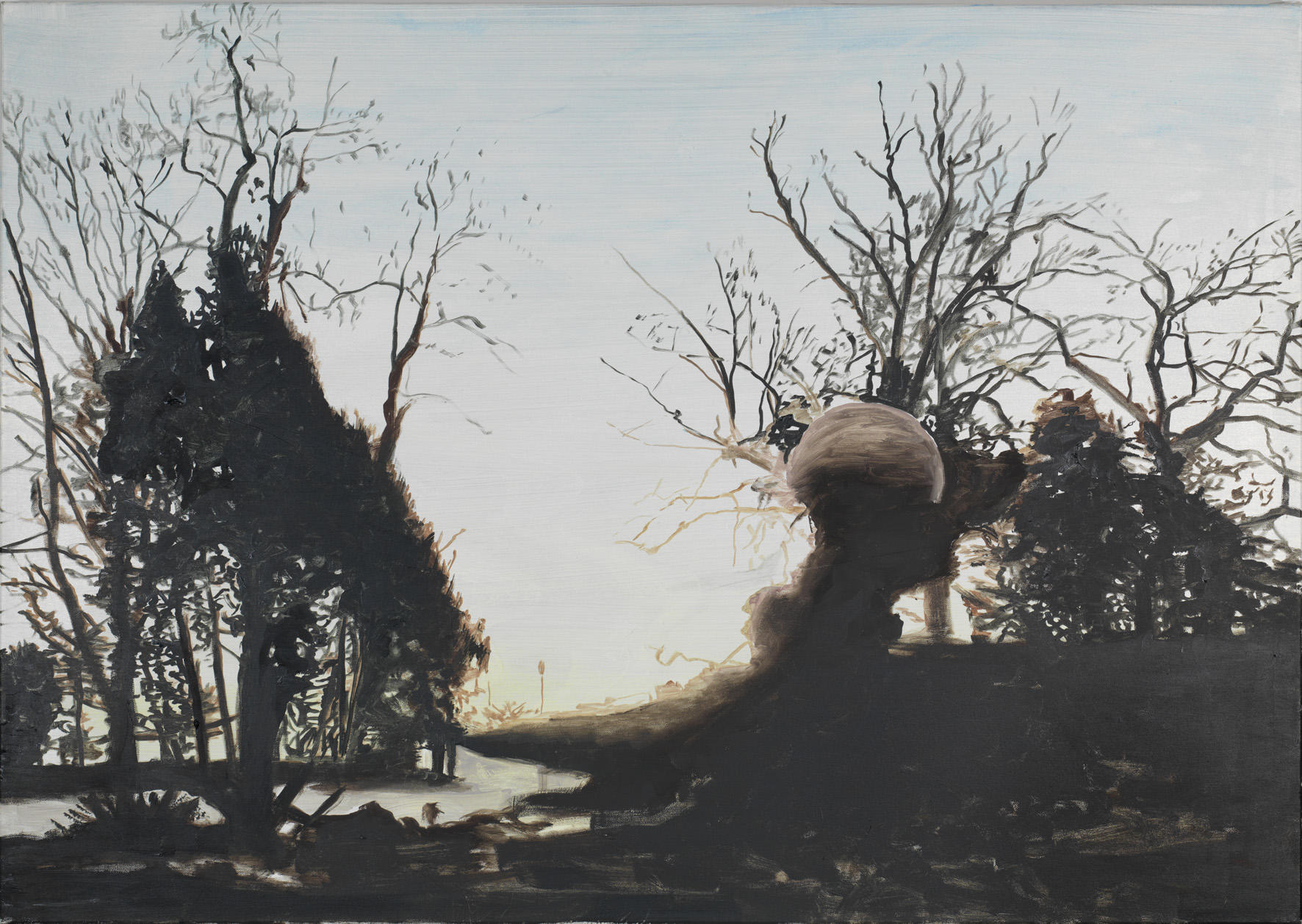 Kotscha Reist may have started his artistic career so many years ago by training as a photographer – but he is a painter through and through. His scrutiny of the medium of painting sets him on a journey from the history of painting to an ongoing and critical reflection of his own life. His creative solutions help him processes memories and realities, putting them into a larger, universal context. Interested in working with found images on the one hand and material from our collective pictorial memory on the other, he takes his material from newspapers, magazines, catalogues or the internet, sometimes even using his own sources.

In his current exhibition, Kotscha Reists puts on show new middle and large format works, which can be grouped into the classic genres of painting – interior, landscape and still life. Increasingly, Reist is going back to his method of using photographs shot by himself as models for his oil paintings. These pictures were created on several trips to the north. He took them with his mobile phone, interpreting them rather freely with his brush afterwards. Memory and appropriation have been two constant concerns in his work for a long time.

In his paintings he explores new themes on the one hand, and returns to motifs known from earlier works, such as branches, windows and animals, on the other. A black background surrounds the painted objects (Chinoiserie) or persons (Nordic Wedding), adding to the unique atmosphere of some works. Then again, other paintings show a surprisingly wide range of shades. Red Light, for example, shows a log cabin in Denmark fenced in by trees in various shades of green. In contrast to earlier works, some of his new paintings display more illusion of depth and a new interest in spatiality. The depicted objects are given presence by enlarging, reducing or cropping the original image. Time seems frozen in Reist’s paintings. ”His motifs are often based on documents of the past the artists re-examines, or on memories that keep haunting him.“[1] Most recently, Reist has turned his attention to the Fin de Siècle.

The painting of the bookcase standing in his friend’s art studio (Vincent’s Modell) or My Shoes / Costume national are personal works and refer to Reist’s present life and environment. Vinyl is a tribute to the good old vinyl record, which is currently experiencing a revival. Bundled newspapers or stacks of DIN A4 paper are further objects of interest and investigation for Reist.