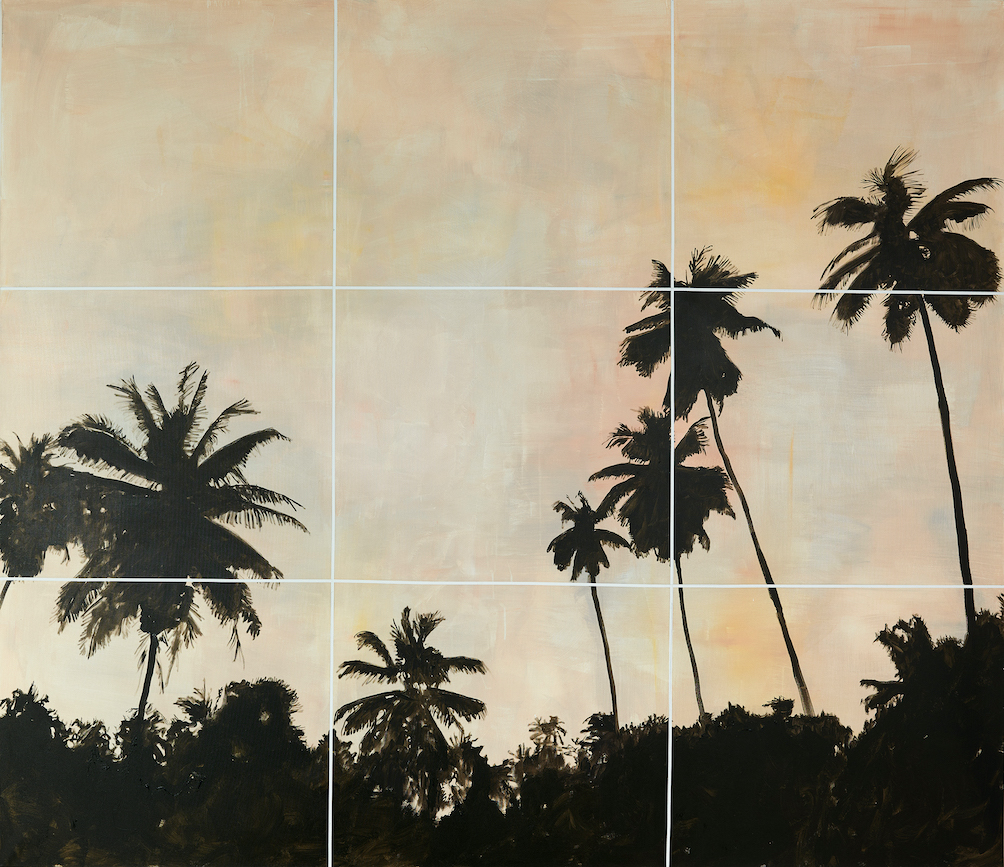 With his objective, but never merely figurative painting, Kotscha Reist shows us hints and beginnings of stories; with references and back references between the motifs and the painting itself. In his most recent pictures, he first tapes off the subjects and individual parts of the picture and only paints them at the end. So they appear partly more painterly, partly more drawn than usual and in places as if printed. In this way, Kotscha Reist expands the pictorial potential and the reflection on what is painted and its appearance on the canvas. By means of painting he decodes the concrete, often everyday subjects and leads them – also in connection with the picture titles – to a different kind of perception, the outcome of which remains deliberately open.