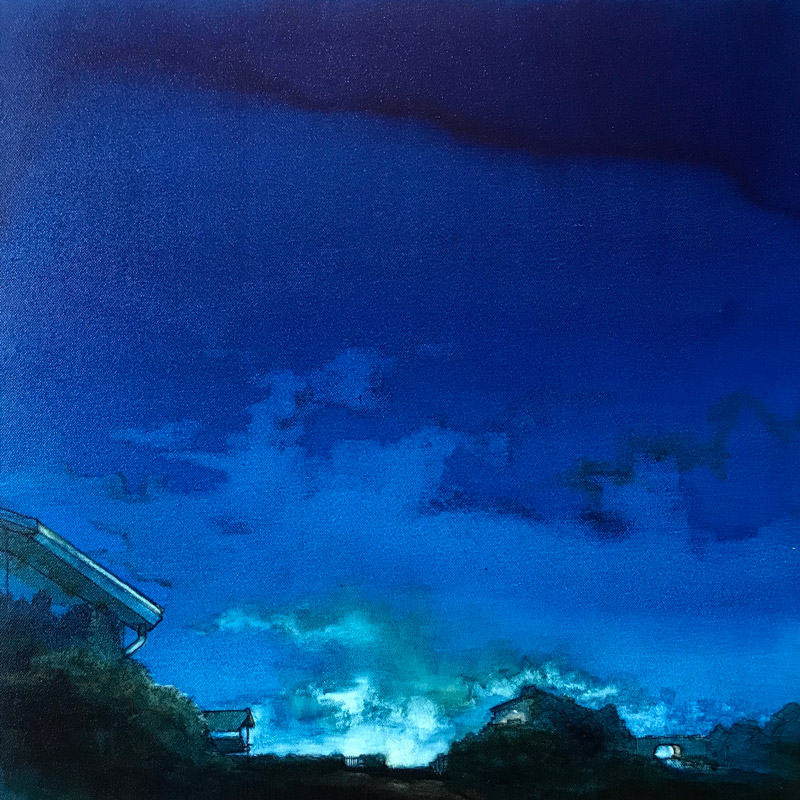 a solo exhibition by LUCA GASTALDO

Luca Gastaldo returns as protagonist to PUNTO SULL’ARTE in Varese – Casbeno with a solo exhibition in which he takes stock of his artistic journey, rich and coherent, around the theme of landscape.

Capable of handling both large and small formats with great mastery, in this exhibition the artist proposes a well structured project, played across diptychs placed to build environmental installations, and small individual paintings which together form a bigger picture, completed with natural materials which transform the journey into a sensory experience. Twilit, created by liquid brush strokes that convey the immediacy of the gesture, imbued with soft, suffused lights but able to light up in dazzling glimmers, played over the backlight, Gastaldo’s landscapes are atmospheres, suggestions, fairytale-like dreams. Star attraction is the sky, thanks to the low-angle perspective that often relegates the earth to an accompanying presence. A living sky, palpitating, cloudy, never calm, heavy with withheld storms but ready to explode, a nest of thunder and lightning, which we perceive without seeing, through an electric presence or – already spent – the dazzling light.

LUCA GASTALDO: Born in Milan (IT) in 1983. He graduates in painting from the Brera Fine Arts Academy and from 2006 he exhibits in solo and collective exhibitions all over Italy and abroad, among which must be mentioned La casa di questa mia sera (curated by C. Antolini, in 2008), La luce e il buio, held at the Bianca Maria Rizzi Gallery in Milan and Tra suggestioni romantiche e vibrazioni contemporanee, held at the European Parliament in Brussels (BE) (both curated by A. Redaelli, in 2010); and finally, La luce e il suo contrario (curated by E. Ceriani, in 2011) held at the Fondazione Bandera per l’arte in Busto Arsizio, Varese (IT). In 2012 he takes part in the exhibition Lucenergia, curated by D. Croci Silvuni, held at the PUNTO SULL’ARTE Gallery in Varese (IT). In the last few years the artist has been the protagonist of numerous solo exhibitions all over Italy: then in November 2017, a return to his hometown, Milan, with the exhibition “Comunque a casa” held at the Rubin Gallery. In Gastaldo’s works, the horizon is immense illuminated scenery against which a backlit world of shadows stands out. The techniques and materials used by the artist are varied: bitumen, rags, acrylic, paint brushes, chalk. However, the emotional charge of the painted images is not affected, balanced between romantic visions and tragic sensations, between fear and a sense of attraction towards the phenomena of nature. Currently he lives and works in Lugano (CH).