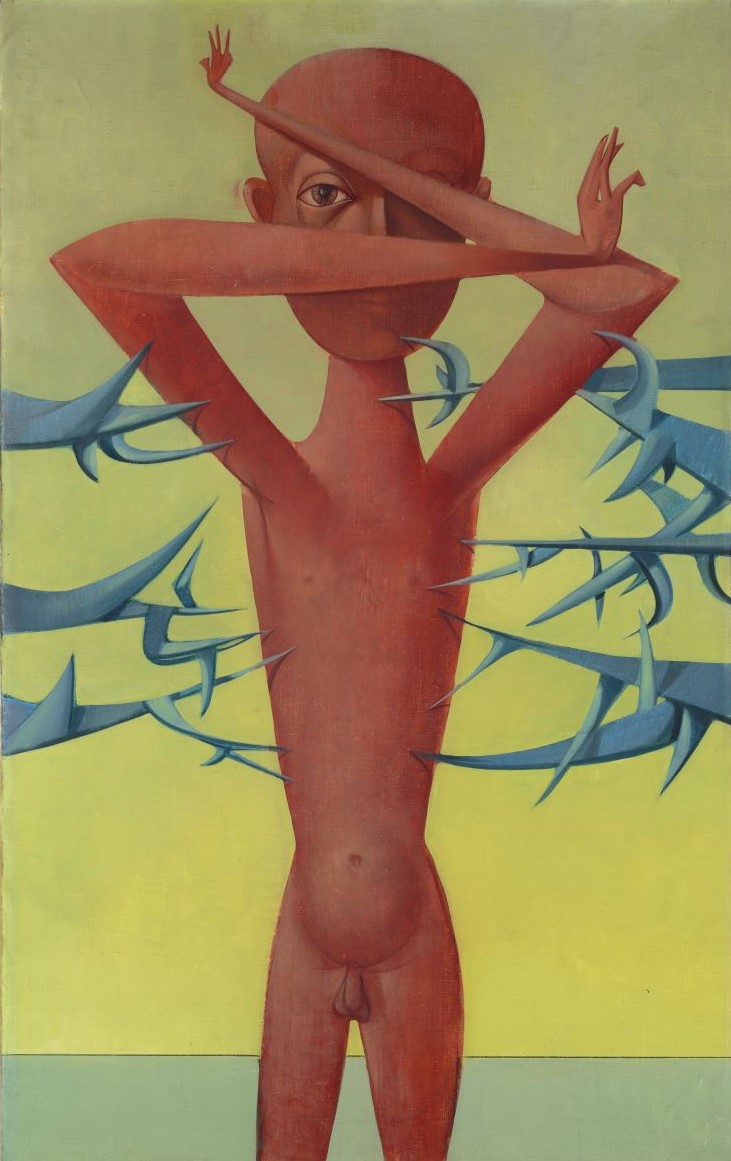 Mikuláš Medek (November 3, 1926, Prague – August 23, 1974, Prague) was one of the most important Czech postwar artists. At the beginning of his career, he was influenced by the Surrealist group and later became a leading figure of Art Informel and non-figurative painting.

Medek’s oeuvre is centred around the theme of the human condition. Through an emotionally charged expression of intense, mystical experience, the artist creates unified and powerful wholes that speak to spectators with an extraordinary urgency. The symbolism of semiotic systems creates peculiar visual metaphors of human existence in its tragic, painful and mysterious dimensions. Weighty subjects, the magic power of his personal artistic style and the spiritual energy emanating from Medek’s paintings make him one of the most important and original figures in not only Czech but also international art of the second half of the 20th century.

The exhibition will introduce Medek as an artist who stands comparison with his international contemporaries, and presents Medek as a not only a painter but also a person whose worldview influenced a number of prominent artists of his generation. The exhibition will be one of the most comprehensive overviews of Medek’s wide-ranging oeuvre, while also showcasing artworks that are not commonly presented at exhibitions.

MIKULÁŠ MEDEK: NAKED IN THE THORNS