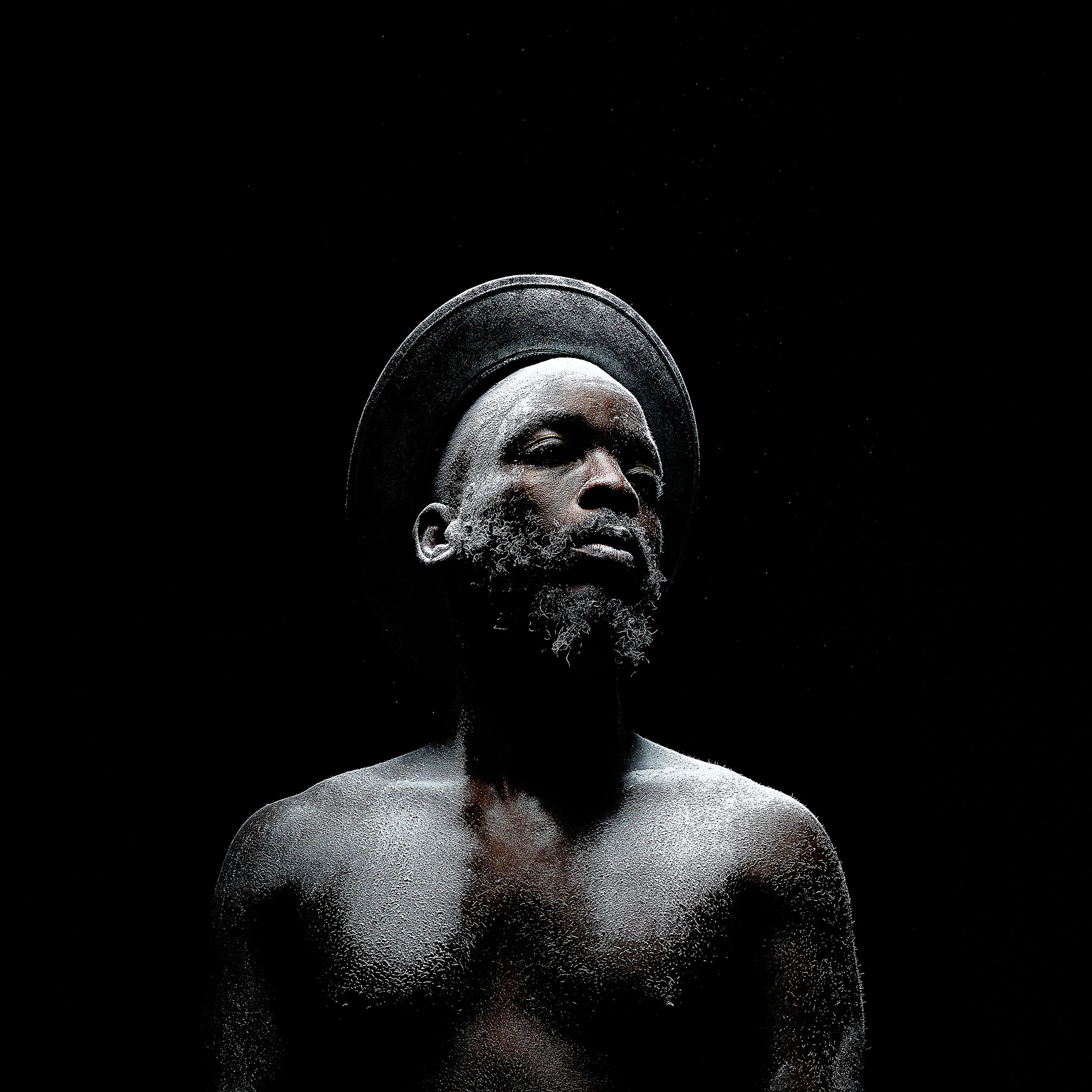 With his show at the Kunstraum Innsbruck, the South African artist Mohau Modisakeng (born in Soweto in 1986, living and working in Cape Town) presents his first solo exhibition in Europe. Currently, his works are also introduced to a wider public at the South African pavilion at the 56th Venice Biennale. The exhibition’s title, “Ke Kgomo Ya Moshate,” is borrowed from a proverb used in the artist’s mother tongue Setswana, that in its entirety goes: “ke kgomo ya moshate, wa e gapa o molato, wa e lesa o molato,” and could be translated as follows: the thing can’t be solved without stepping on someone’s feet (or, it is an insoluble situation). The title becomes the more poignant, the deeper you delve into the artist’s oeuvre. Modisakeng uses the technique of the self-portrait in order, with the help of large-format photographs, performances or video installations, to approach the subjects of his identity as a South African and the political changes in his native country. “The main message behind my work has to do with the influence of the history of violence on how we understand our cultural, political, and social roles as human beings,” the artist explains. “The hope is to reveal how power is manipulated to change how we relate to our bodies.”

The childhood of the artist, who grew up in Soweto near Johannesburg, was overshadowed by repeated rioting in the townships. In his work he deals with these experiences by way of the history, culture and politics of post-colonial Africa and, in particular, the post-apartheid era in South Africa, which he deals with in impressive performances, photographs, video works and sculptures. His artistic practice is characterised by the endeavour to interweave the dichotomy of the violence and suffering of the South African society with the history and the present of his country. The result are stunning images that literally freeze this contrast and translate it into an almost timeless language. Without making violence the primary focus, Modisakeng succeeds in converting those memory pictures of violence and injustice into a poetic vocabulary that brings the history of Africa home to the observer in a fairly direct manner, yet without putting blame or accusing anyone. “The work responds elementarily to the history of the black body within the (South) African context, which in most cases cannot be removed from the violence of the apartheid era and the early 90s. I think the work becomes mesmerizing because although we might recognise history as our past, the body is indifferent to social changes, so it remembers,” the artist explains.

Modisakeng’s work is influenced by the South African sculptor Jane Alexander, whose student he was, and has a lot in common with the work of other young artists from South Africa, such as Wim Botha, who also had a solo exhibition at the Kunstraum Innsbruck in the winter of 2013. Modisakeng’s works, often highly atmospheric and mythically charged, while also carrying inside them a collective narrative, remind us too of artists such as Joseph Beuys or Matthew Barney. In the context of the act of performance, he concentrates the depiction of the human being on his own person, which he brings to scenic effect with the help of various objects and materials. On the occasion of the exhibition opening, Modisakeng will show a performance developed specifically for Innsbruck.

Untitled (Frames I-XIII) from 2012 shows the artist dressed in black before a white background. He wears a traditional mourning dress and a black hat. Looking more closely, we see him introducing individual requisites into the picture, e.g. blinkers, whips and machetes, which once again bear reference to civil war and violence. The mourning dress serves to represent the new South Africa which, torn between its charged history and its insecure present as it is, has not yet found its place and its direction.

The title of the video Inzlo (2013), which also revolves around this mourning process, derives from the Zulu language and means grief. It presents a grieving ritual in which the artist, sitting on a chair against a white background, peels ash particles off his skin which he collects and then, at the moment he gets up, throws to the air. This video can currently be seen at the 56th Venice Biennale. For the Kunstraum Innsbruck, Modisakeng also has developed a new photo series.

A catalogue and a limited edition will be published. The exhibition is supported by WHATIFTHE WORLD Gallery, Cape Town and Tyburn Gallery, London.