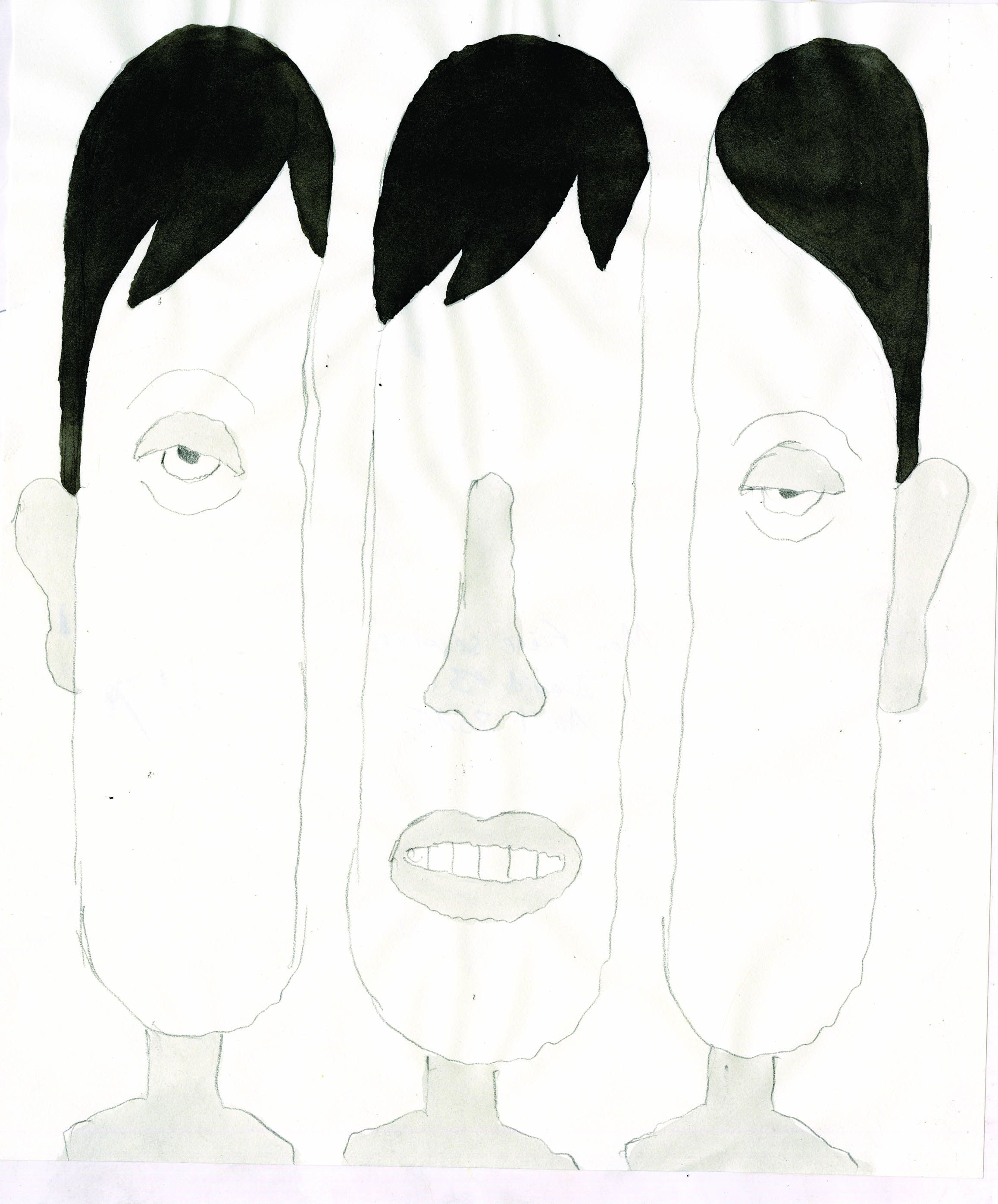 Gallery Anne Barrault is pleased to present a new exhibition of David B. entitled “Mon Frère et le Roi du Monde” (My Brother and the King of the World), including an exceptional set of 72 drawings. This project follows the last two solo exhibitions of the artist at the art centre le Pavillon Blanc in Colomiers and at the Museum of l’Abbaye Sainte-Croix in les Sables d’Olonne, as well as the book published by l’Association. David B.’s new works will also be shown.

The book and the face

In my parents’ bookcase there was a small book, with a white cover like a desert, with only the title, the name of the author, that of the collection and of the publisher, and a small line drawing from a medieval illustration showing Abraham in front of Melkistedeq. It had been written by René Guénon in 1927, and was entitled “The King of the World”.

I immersed myself in its reading, a dense, laborious, labyrinthine reading, in which the mythical figure of the King of the World slipped away along the chapters, instead of revealing itself. I was unsatisfied, craving for a figure with huge power, a wizard king soothing the pains of the world, a king making desolate countries grow green again, someone I would have been unaware of and whom this book would have made me discover.

Eventually the book was more of a riddle than solving a mystery. I was 12 years old, and my elder brother had known very violent epileptic fits, which regularly swept him along for long minutes. No doctor had been able to cure him; the cause of his illness was not known, and my trust in the adult world, in whatever authority, was knocked down, like my brother during his fits. And these fits were like clocks; at that time he had them three times a day, and I was always the first one to see them happen. I kept quiet, I scrutinized the disease gaining ground, and it always began in this way: the illness stopped him, rooted him and took his place, it crawled under the skin of his face and disfigured him all at once in a slow and continuous groan. We rushed to prevent him from falling, and waited around him till he recovered from his fit, a recovery which most of the time lasted a few minutes, but could last an hour.

So I have lost my big brother. I have seen him lose his energy with the fits, the wounds and the medicines,. He no longer ran, did not climb trees any more with me, we no longer drew together, and when we fought, he never had the advantage. Then he had a fit, and he fell down, and a big brother who falls, and who must be picked up is no longer your elder brother.