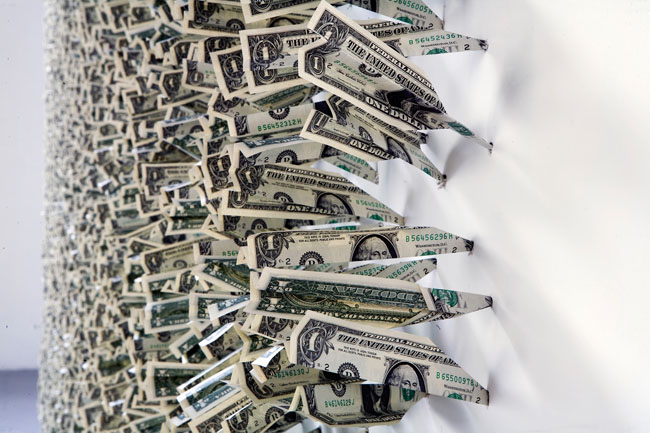 It’s Money Jim, but not as we know it is a group exhibition that reflects on the changing status, nature and perception of money, as well as its use and role in the contemporary world. Since the appearance of the first coins in ancient Lydia (now Turkey) in the 7th Century BC, the development of paper money in China in the 7th Century AD, the establishment of banks during the Renaissance,and the advent of electronic money more recently, the concept of money has been transforming over time.