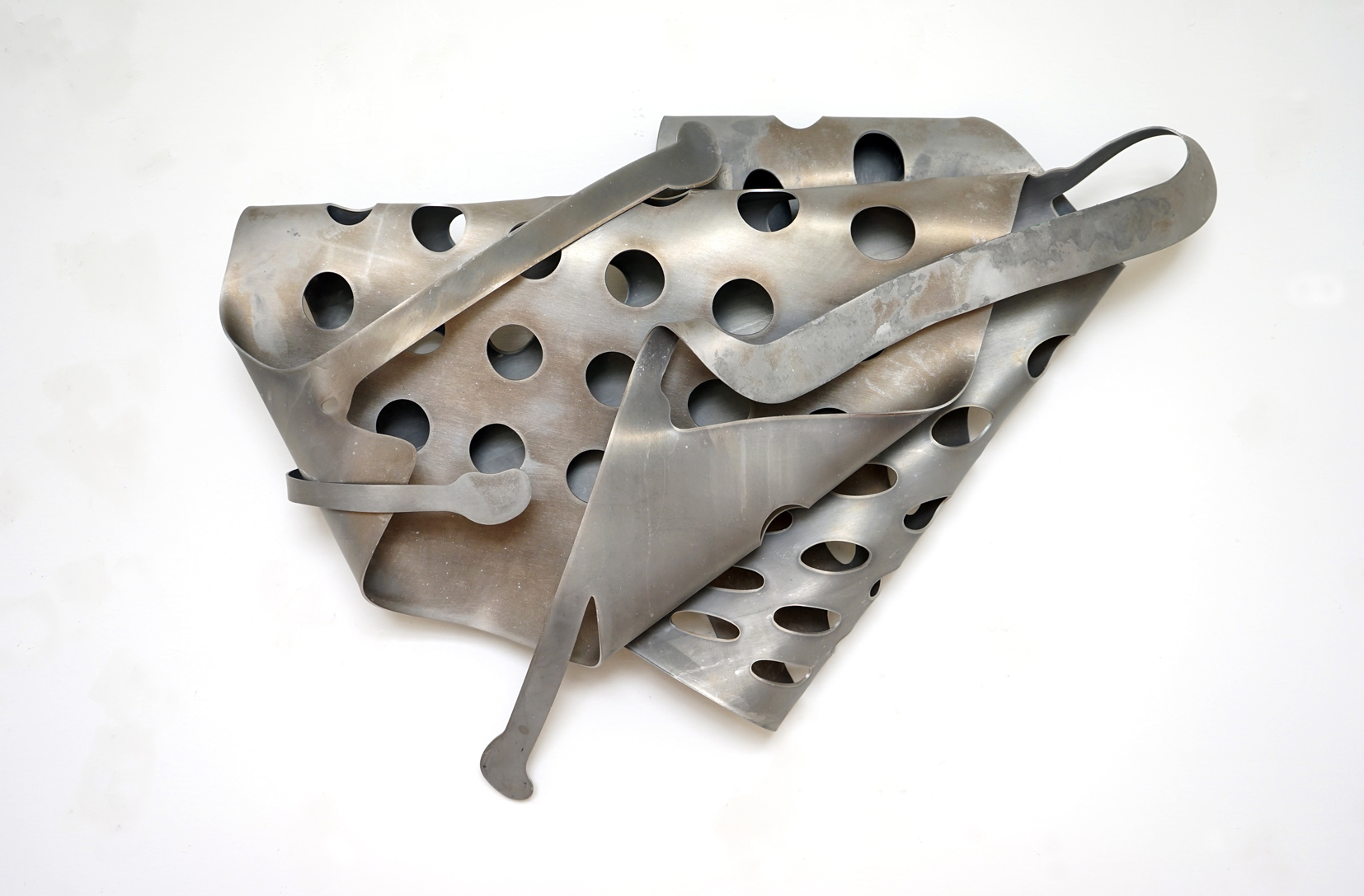 For centuries, or even thousand of years, the almost exclusive subject and motif of sculptures has been the figure, whether human, animal or mixed creatures etc. — not only in the occidental art history. Furniture and other artefacts made with considerable effort to serve the people have been, at best, classified as handicrafts ever since the concept of art exists. Although Duchamp's Ready Mades from 1917 generally opened the door to more tolerance for new subjects and to an extended perception of reality through art, Boccioni's „Still life with bottle“ or various other small cubistic sculptures and reliefs remained exceptions to the rule.

It was only in the 1960s that the reality of the life finally conquered the last art reserves, including the resistant sculpture, which established Minimal Art as a fundamental bulwark against the literary rush. Artschwager made furniture suitable for art, Oldenburg continued with the remaining daily use objects. Sculpture became accessible to a new field, which remained fertile to date – with an apparent inexhaustible differentiation-potential. If we take a look at the big art stage, the classic actors (figuration) are gone. The accessories, the set and the furnishing remained – which is a still valid finding, despite the „new“ postmodern figuration between hyperrealism and grotesque grosso modo.

In the broad spectrum of the topic „Objets sculptures“ focuses on a very precise aspect. In contrast to „Objets trouvés“ (aspects of recycling and appropriation are going to be another topic of the exhibition series „Grenzdialoge“) the objets sculptures are no findings, but rather inventions and materialized shaped ideas about objects of utility. However, the human subject is always present as reference point, because it is still about objects to use. The exhibition condenses positions with different content connotation and material aesthetics. But all of them are bound to the classical sculptural concept, with parameters such as physicality, anthropomorphic and biomorphic design vocabulary.

Hence, the five artists have a very different content access:
Dorothee Golz „Hohlwelt VI“ is an action area without any figures, concerned about questions to interpersonal relationships within the force field of polarity and complementarity, of projections and actual experience as well as the psychological connoted, ironical transformations of day-to-day world artefacts.
Present life contexts and familiar domestic contexts are part of the reference field of the sculptural transformations, deconstructions and alienation from Julie Hayward, who is just peripheral oriented towards objective realities, but rather constructs her own moments of reality. She creates suggestive objects for partly irritating, partly abysmal parallel worlds.
The perfect sculptural amorphous bodies out of the urns-manufacture from Tina Bepperling lead to a cross-border dialogue („Grenzdialog“). Near to design in terms of systematic shape-, colour-, and material investigations and refinement they are the perfect hybrids: depending on the context either a high quality object of utility, minimalist sculpture and/or symbol for transcendence with a variety of historico-cultural references.
Werner Feiersinger's stringent sculptural work refers to essential ideas coming out of his scientific and photographic research about Italian architecture and design, preferring the 1960s. The complexity of his contents stands in oppositions to the very reduced design vocabulary focused on simplest functional objects such as fences, ladders, room dividers, furniture, etc.
The work approach of Hans Kupelwieser is also interdisciplinary, whose work can be characterized by an extensive investigation of sculptural principles in an unlimited open thematic field. His contributions to the exhibition deal with furniture as an art subject.
The works of this exhibition carry out the formal development of both area and space, form and deformation. (Edelbert Köb)