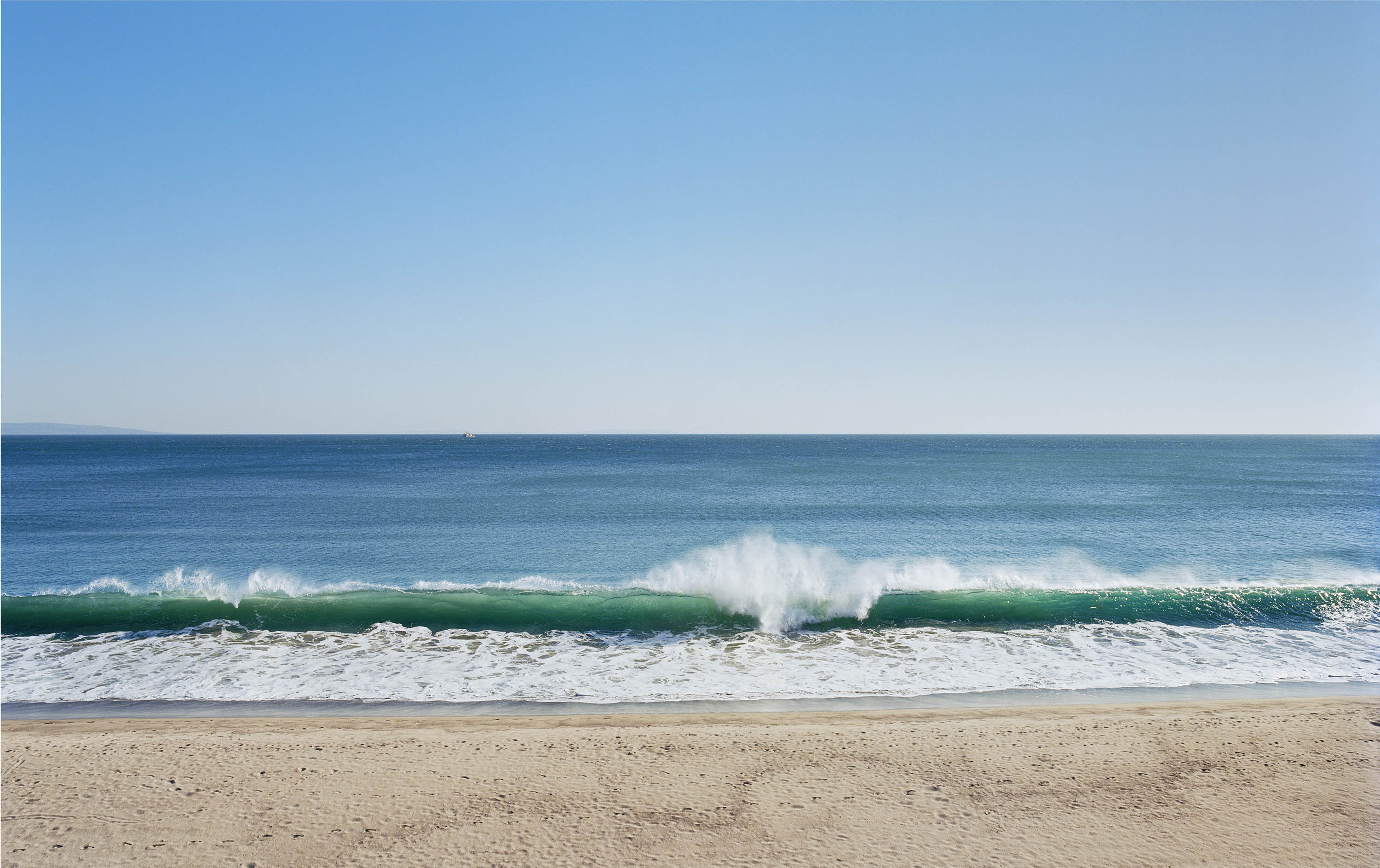 In the midst of the cold dark winter, nothing soothes a heavy mind better than Rainer Hosch’s engaging, large-format photographs of the Pacific coast. Work by work, we are filled with light and warmth in completely undisturbed movements that discretely make imprints in the sand and in us. Thus, we take on a new year in Gallery Poulsen as we present the solo exhibition “Topanga Beach”. At the intersection of the Pacific Coast Highway and Topanga Canyon lies Topanga Beach as a final frontier, where America ends and a new horizon begins. Rainer Hosch’s journey from Vienna to New York City and finally to Los Angeles has led him incrementally closer to the beach. He has spent the last two years working on this personal project that is a departure from his traditional portraiture. In this large format series, he focuses on the landscape and horizon; that is the sand, ocean, and sky as the subject for a new body of work. The migration from Austria to the US has informed the evolution of his photographic practice. In New York City, he focused on documenting the streets, observing urban spaces with raw edges and most importantly the people within. The exploration of street photography is rooted in his work as a portraitist. Rainer Hosch’ second solo exhibition from 2015 featured black and white portraits or more accurately mug shots of popular culture icons, such as Nikki Sixx, Iggy Pop and Steve Buscemi. When Hosch arrived in Los Angeles, he and his family moved to Topanga Canyon, removed from the dense urbanity of the city. The Topanga Beach series slowly started to take form, ideated by accident became a daily ritual studying the fulfillment of arriving at the beach. This new body of work examines a changing landscape while testing the intricacies of Large and Medium format film and meditates on the long journey west.

The exhibition shows 13 large-scale photographs.Rainer Hosch will be present at the opening and available for interviews.Contact the gallery at info@gallerypoulsen.com or phone + 45 33 33 93 96 for further information