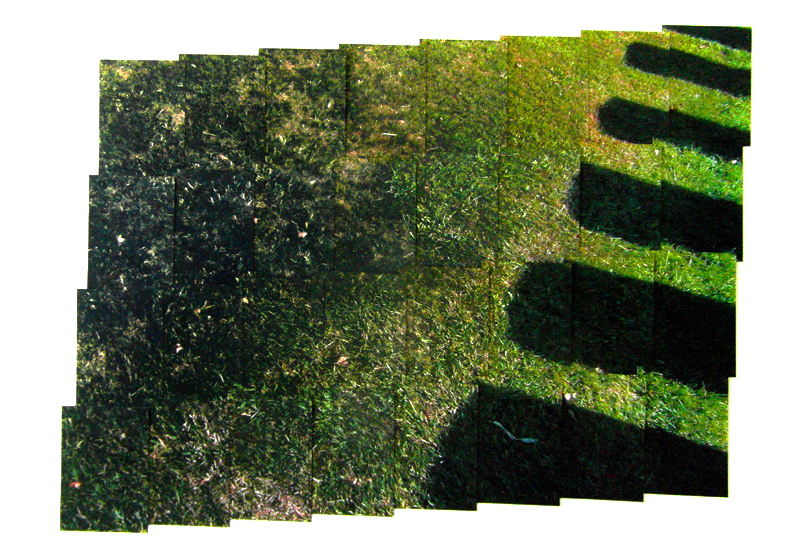 The imagery for this exhibition is derived from the landscape of the Somme.
This terrain bears a strong resemblance to the open downland of the south of England. Many of the notorious locations associated with the Somme campaign could visually be situated in Sussex or Wiltshire. Only the place names differentiate them.

The contemporary agricultural vistas are largely unchanged from what was visible at the beginning of the battle in July 1916. The landscape overlays itself, enfolding a salient historical event that is now all but invisible.

What provides coordinates for this event are the dozens of cemeteries whose rectangles of bright Portland stone, serve as a perverse check to Nature's and agriculture's timeless momentum. The seemingly random distribution of these rectangles is made up of smaller rectangles of various numbers, and these find their echo in the A3 panels from which much of the work in the exhibition is constructed.

The photographic part of the representation ties the work to the Somme in July 2015, while the other media used allows the work to negotiate the gallery space.