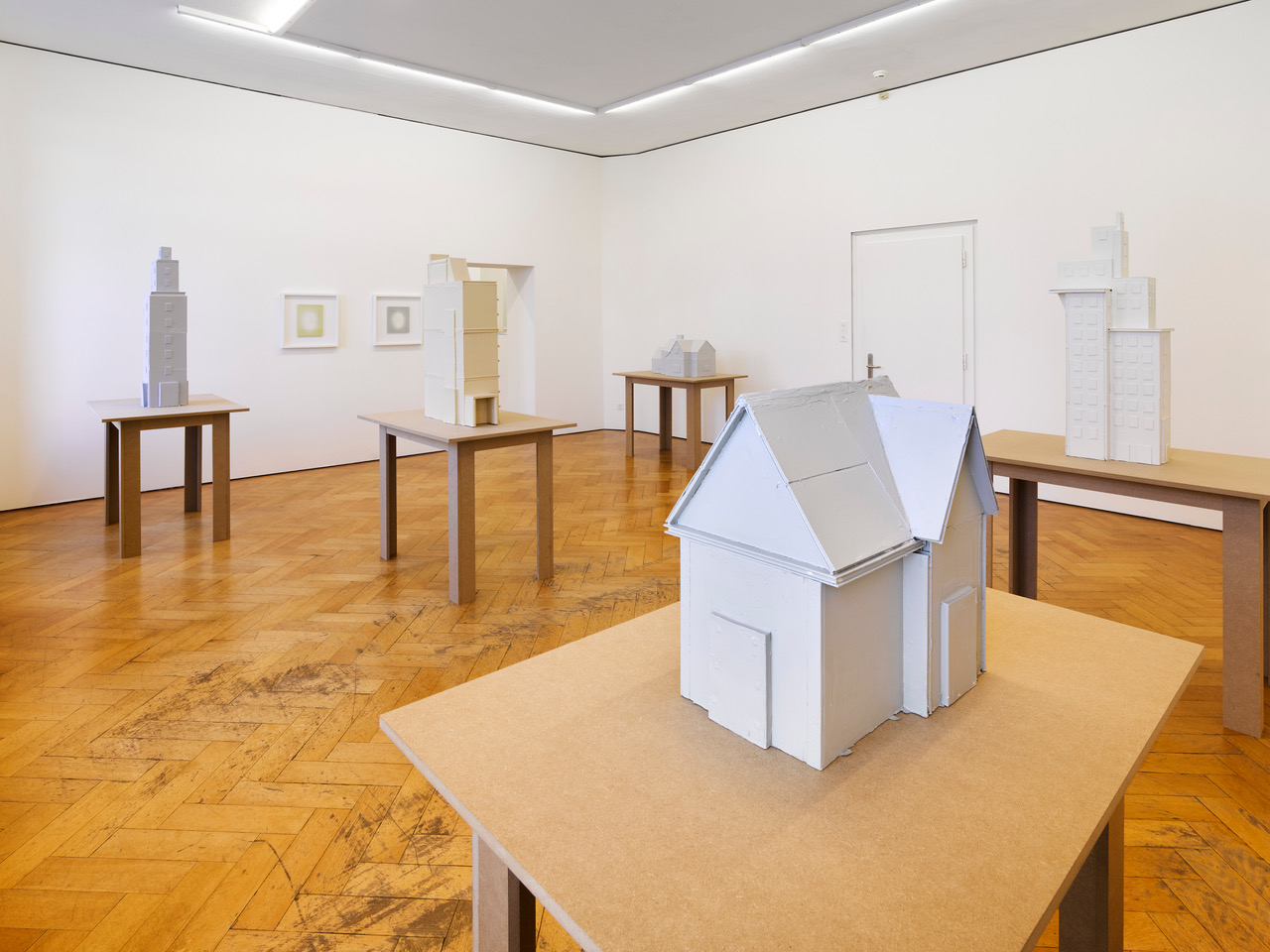 For more than 25 years Swiss artist Peter Wüthrich, who lives and works in and around Bern, has been focusing on one single group of objects: books. Examining the object of his fascination from various different perspectives, he has been piling books on top of each other, thus turning them into sculptures, hanging linen-bound books up on walls so that they become pictures, or even staging performances by carrying them around.

As Wüthrich’s chosen medium of expression, the book undergoes many a metamorphosis and numerous transformations. Despite of this, it never loses touch with its own reality as a physical object displaying printed pages and words. Rather, Peter Wüthrich’s artistic process frees the book of its purpose as an object to be read. Books become abstract paintings, installations or a medium for performances.“The installation artist and photographer acts like a painter or sculptor, he thinks like a poet, stage-manages like a director. Imagination turns words into pictures, poems into paintings, novels into films.” [1]

Literary Ghost, the group of works giving the exhibition its title, consists of an accumulation of books that has been covered with a fine spray of paint. The second group of works in the show is made up of three-dimensional objects that clearly represent the shape of houses in the broad sense of the term. There are small one-storey houses, towering high-rises as one might see them in Manhattan, or modest townhouses with multiple floors. Yet all these “houses” consist of nothing more than books and added paint.A book, as we all know, is also a physical affair. By declaring himself the actual architect, Wüthrich portrays the authorship of several classics of world literature as it were, and with the books help re-enacts the protagonists’ lives in their homes.

In addition to the gallery show we exhibit Peter Wüthrich’s video TWO BOOKS in the showroom of Videokunst.ch. TWO BOOKS grew out of the three-dimensional series of works with the same name: linen books of different colours and sizes, two at a time, were put one on top of the other, resulting in an almost endless flow of possibilities and an infinite interplay between the most diverse books; their contents and external colours. For the video, 400 photographs of this series have been edited together, following each other in extremely short intervalls of 1/10th of a second. The video is accompanied by a sound-track produced in conjunction with Electronica Nu Jazz, London, which corresponds to the speed of the video.