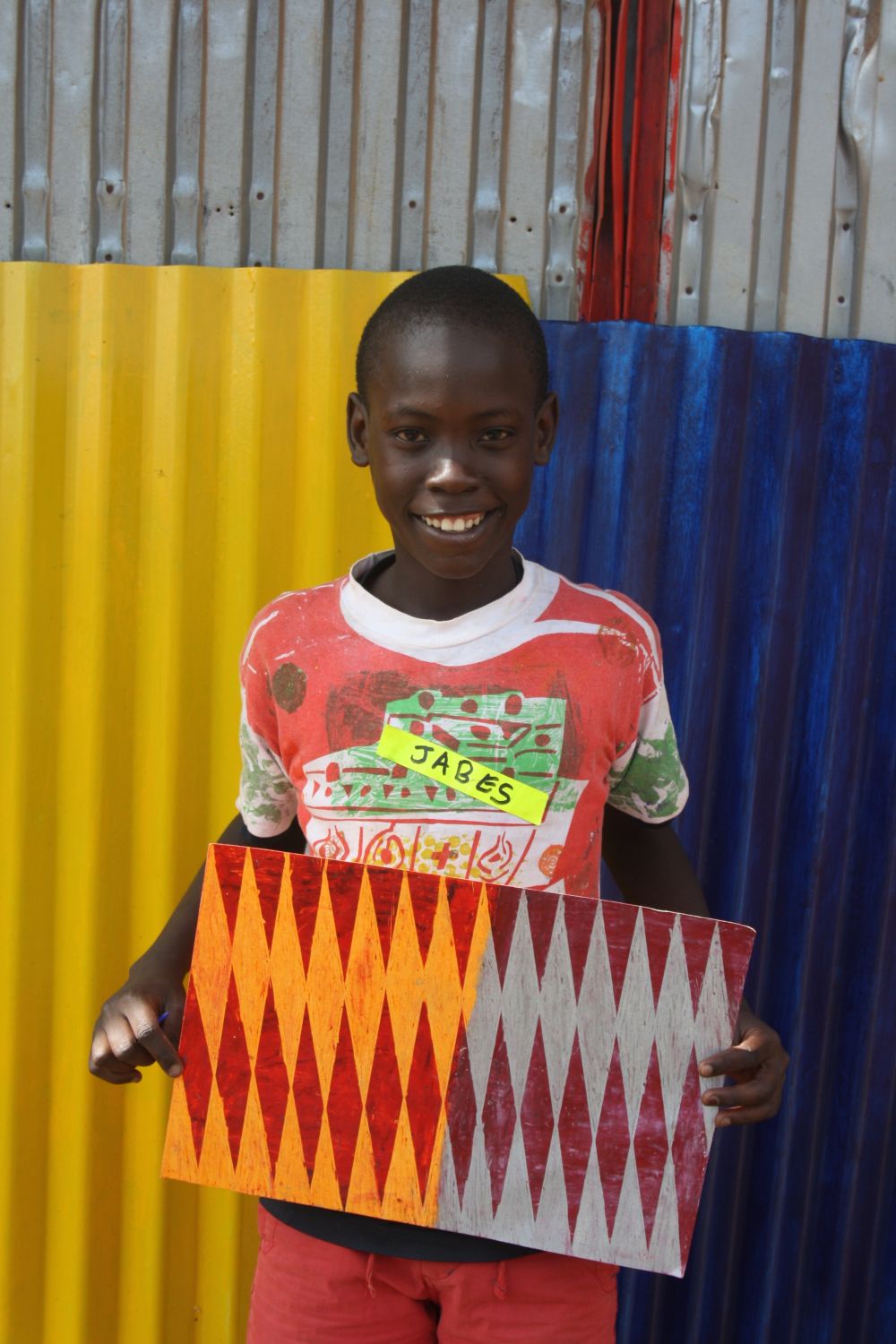 The exhibition shows works by children living in Kibera, East Africa’s biggest slum. The works were created for the organization One Fine Day as part of a collaboration with the artists Zuzanna Czebatul, Zhivago Duncan, Andreas Golder, Amélie Grözinger, Markus Keibel, Caroline Kryzecki, Erik Schmidt, Pola Sieverding, and Ulrich Wulff.The artists’ pieces are juxtaposed with the works of their Kenyan students. The contrast makes clear that autonomous works of art can be created during the process of learning an artistic technique and applying one’s imagination. The exhibition makes clear how productive and important it is to impart artistic values to children – especially those whose education does not include training in creative fields. Since the 1990s, Kenyan schools have removed numerous forms of art instruction from their curricula. The works on display may be purchased and the proceeds will benefit the organisation One Fine Day, which was founded in 2008 by Tom Tykwer and Marie Steinmann. Since 2014, artists have travelled to Nairobi with the curator Juliet Kothe.