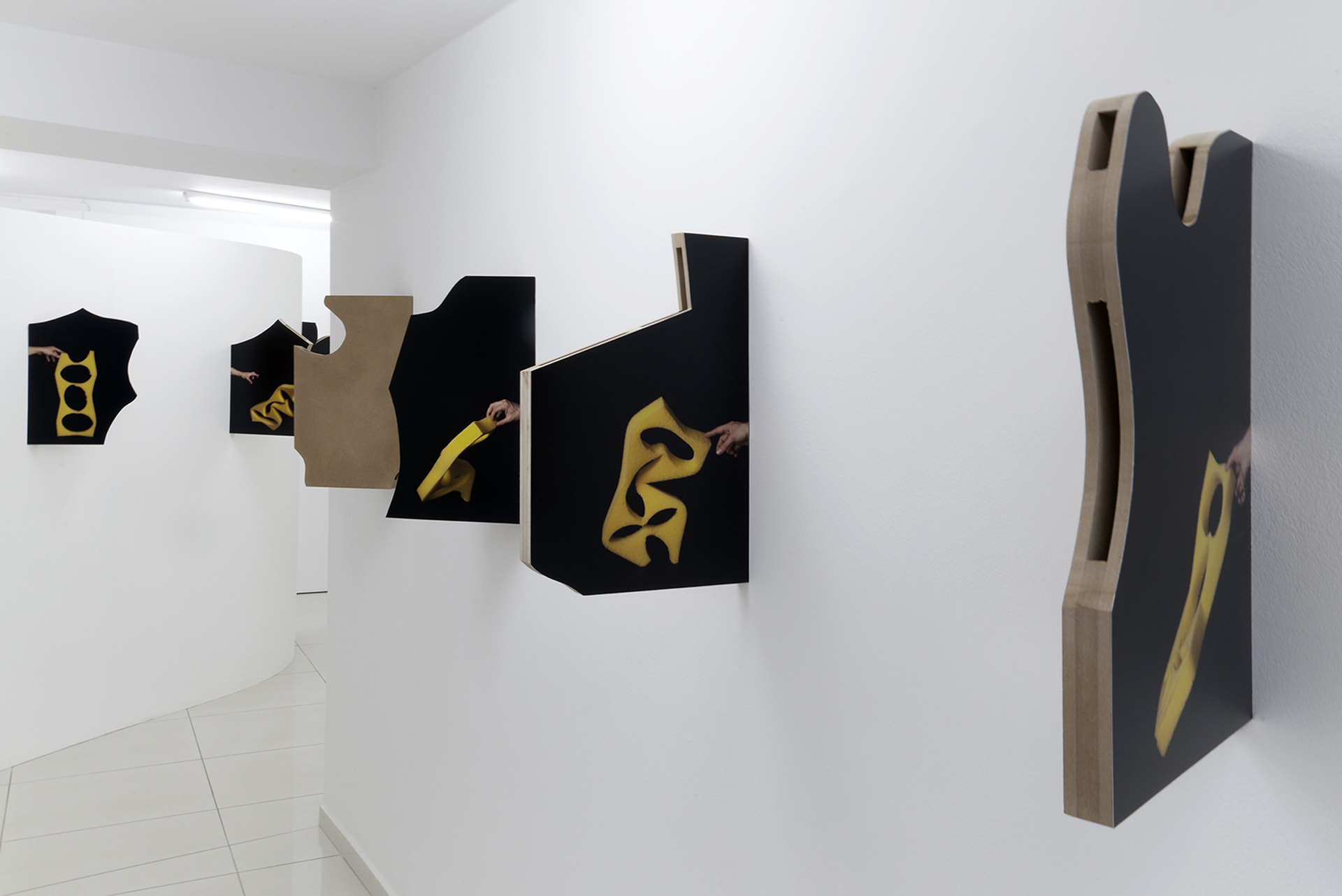 Poetry Passage #6Radek Brousil: COOL WATERfeaturing Johan Grimonprez: everyday words disappear Poetry Passage#6 considers the economies of words and the insufficiency of semantics while investigating the politics of representation and the grammar of affect. Czech artist, Radek Brousil practices pictorial poetry of the unrepresentable and the invisible. Unveiling manipulation strategies, inherent within the technological apparatus of photographic medium, the artist points out the political and social implications of the image production which identify the agencies of power, contribute to the construction of otherness and consequently influence the viewer’s perception. Brousil’s most recent project, Red Naomi (2017) is based upon a paradox of a quasi neo-colonial exchange: composed of patchwork-like fabrics, produced by Czech textile company VEBA and aimed at African market, his installation is a hallucinatory fest of the visual politics which undermines the global dynamics and subverts the power relations. “This is the economy of a gesture: you buy a rose and present it to say I love you and beneath the gesture lies an industry that most probably starts in Kenya…” thus Red Naomi narrator ventures into the ethics of exchange (evoking racism, slavery, exploitation, abuse, poverty as well as ecology and environmental concerns) which in Poetry Passage#6 is set in a dialogue with the politics of love as elaborated by Michael Hardt, political philosopher and co-author of Empire, Multitude and Commonwealth, who in most recent video everyday words disappear by Belgian artist, Johan Grimonprez advocates a political system to be based on love, rather than on fear. “How can we transform a society that is increasingly defined by a permanent state of war and cultivated by an industry of fear? How can we realize the paradigm shift necessary to move away from a reality that depends on the exploitation of people and the cult of privatising public resources?”, these are the questions Hardt attempts to answer by referring to “the commons”, by which he identifies not only to natural resources, but also to the languages we create and the relationships we conceive together. Godard’s iconic Alphaville (1965) – a cinematic portrait of a dystopian city-state where all words and concepts relating to the idea of love and affection have been banned – serves Grimonprez as a powerful metaphor for an urgent need to reinvent our vocabulary of social communication and political discourse. Radek Brousil (born 1980, Nitra, Slovakia, lives and works in Prague) graduated Academy of Architecture, Art and Design in Prague UMPRUM (Studio of Photography). He is a recipient of Oskar Čepan Art Award (Young Visual Artist Award) 2015. Brousil’s most recent solo show is Red Naomi at 16 Nicholson Street in Glasgow. Johan Grimonprez (born 1962, Belgium) is a multimedia artist and filmmaker who studied at the School of Visual Arts and attended the Whitney Museum Independent Study Program in New York City. His is most known for his films Dial H-I-S-T-O-R-Y, 1997 (an experimental documentary detailing the history of plane hijackings) and Double Take, 2009 (where Alfred Hitchcock is cast as a paranoid history professor, unwittingly caught up in a double take on the cold war period).curated by Adam Budak