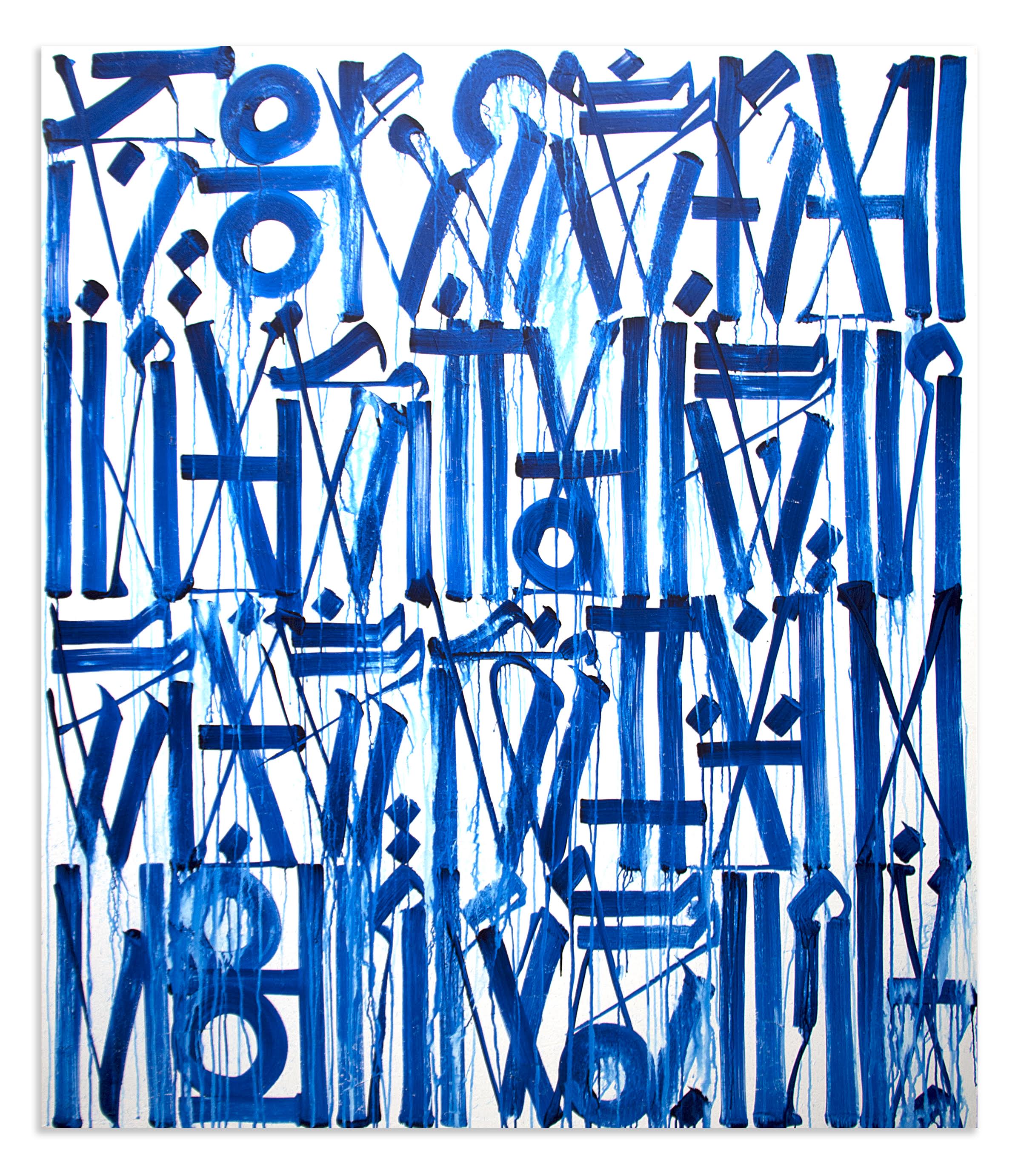 Welcome to the opening Saturday June 27 from 6 – 10 pm. when RETNA aka Marquis Lewis (b.1979) presents eight new painting at Halvandet’s raw building at Refshaleøen in Copenhagen – a unique place directly out to the sea and with a beautiful view over Copenhagen.

The blue and red paint drips and runs down while Retna forms his distinctive letters. When Retna paints it is like a mediating process influenced by the music he listens to, a conversation he just had, or memories that comes to his mind. Even though the visual may seem abstract there is a verbal element connected to it. But it’s a composition of letters without a translation. The paintings allow the viewer to interact with the work while trying to convert the letters into something readable. Retna has a very personal style. It’s like a hypnotic, complex and beautiful idiom. It is his own original alphabet influenced by Egyptian hieroglyphics, Arabic, Hebrew, Asian calligraphy and graffiti.

Retna has exhibited around the the world and created countless murals in the Statens and abroad. Among these exhibitions MOCA, Museum of Contemporay Art in L.A., Art in the Street, 2011 and Para Mi Gente, 2014. The West Hollywood Library Mural, 2011. The Houston/ Bowery Wall in New York, 2012. Louis Vuitton in Milano, Florida and made a collaboration with LV in 2012-13. Keith Haring/ RETNA during Art Basel Hong Kong, 2013. Articulate & Harmonic Symphonies of the Soul, 2015 at Hoerle-Guggenheim in New York. Retna is presented in privat and public collections.

For any further information, please do not hesitate to take contact ; brask@braskart.com

Solo show with RETNA at Halvandet