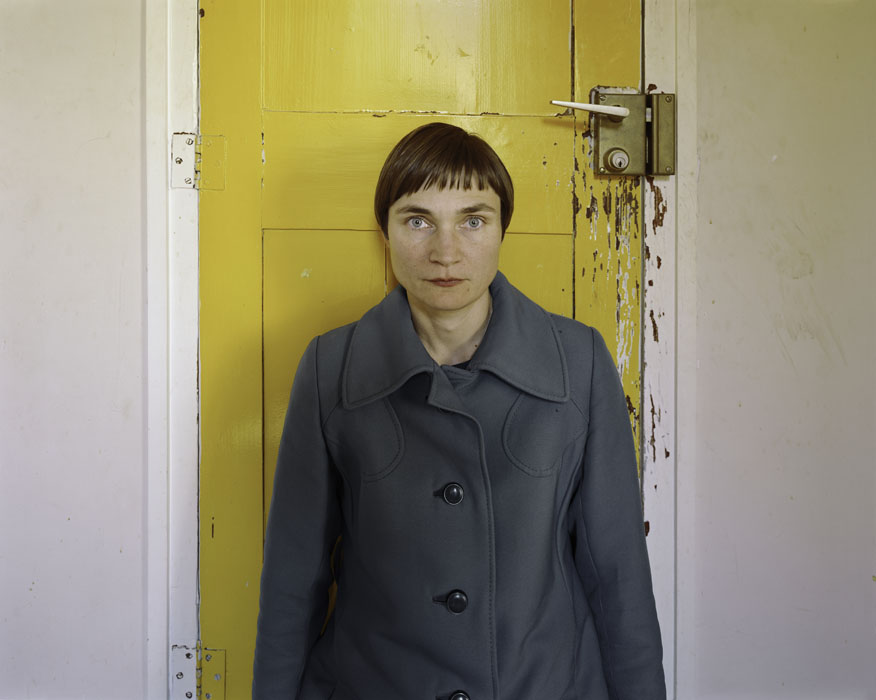 In 1999, an organization that promoted emerging artists -Pépinières européennes pour jeunes artistes- invited Elina Brotherus to be an artist in residence at the Musée Nicéphore Niépce in Chalon-sur-Saône, France. Elina produced a series of photographs – entitled “Suites Françaises”- reflecting her interest in landscape photography and self portraiture, as well as images of her own room at the hostel where she stayed.

A number of post-it notes appear, notes on which she wrote words in French with the aim of getting to know a language that she was not familiar with. “Language makes thoughts possible”, said the artist. During her stay in France, Elina Brotherus learnt two languages: French and photography, as a means for self-knowledge.

In 2011, she was invited once again to teach in the same town, Chalon-sur-Saône. She insisted on staying at the same hostel where she had resided 12 years earlier, in order to create her new “12 ans après” series.