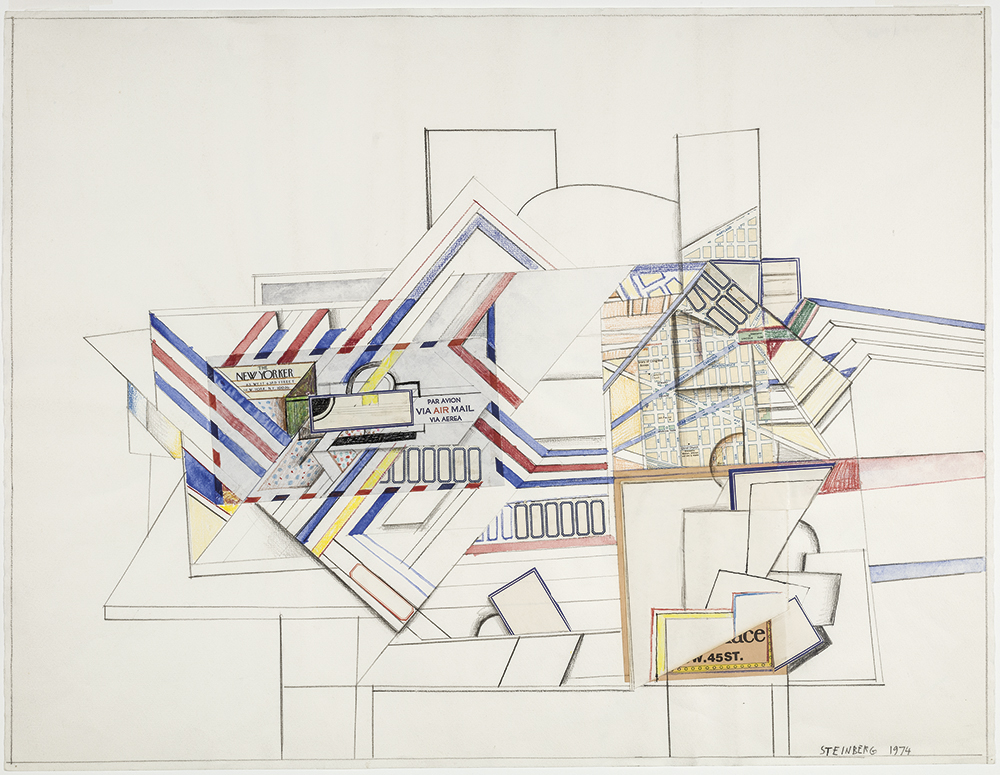 The exhibition will introduce the American cartoonist and illustrator Saul Steinberg (1914–1999) who described himself as “a writer who draws.” He is most known for his drawings in The New Yorker magazine, but his significance goes far beyond cartoons. He influenced magazine illustration and caricature in the USA and abroad, including the Czech milieu. He was not only a talented artist but also a person of great politico-cultural insight. Capturing everyday life with all its paradoxes, he studied human relationships as an expression of both connection and misunderstanding or estrangement. For the first time, National Gallery will exhibit Steinberg’s works which were generously donated to NGP’s Collection of Drawings and Prints by The Saul Steinberg Foundation, New York.

On this occasion, we will also commemorate the Czech painter and illustrator Vladimír Fuka (1926–1977) who emigrated to New York in 1969, as Steinberg did earlier on. His work is related to Steinberg’s in many ways – both were skillful draftsmen, solitary figures mapping the society and culture of their era through a number of common themes, such as New York, maps, labyrinths and music.