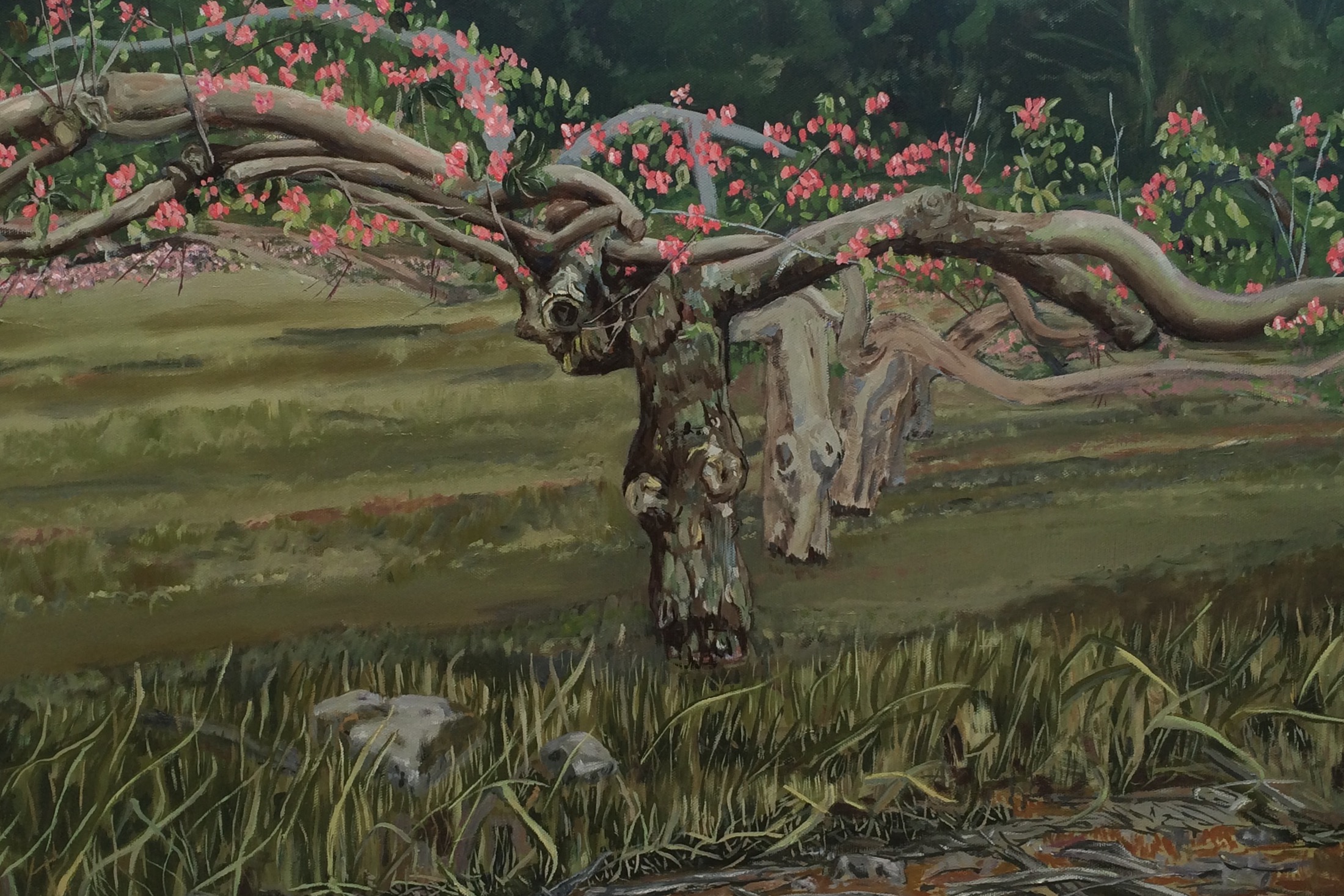 The Olivier Cornet Gallery is delighted to present a solo exhibition by gallery artist Adrienne Symes.

The exhibition runs till the 11th of December.

“When I was about three years old my grandmother gave me a present of a head of cauliflower which I played with on the kitchen floor for what seemed to be about a week. This is perhaps what gave me an interest in vegetables; growing them as well eating them. A couple of years later I had my own patch in the garden where I grew both vegetables and flowers. At the time I knew nothing about cooking vegetables and used to pull up beetroot when it was fully grown and would eat it raw.

Planting a seed and watching it growing into a plant which would then flowers and produces fruits containing seeds fascinated me.  The fruit would ripen, making the peas or beans ready to be eaten, but some would release seeds and the process would begin all over again while some of the plant would wither. All life, plant, animal and human, begins as a seed.

In this exhibition I have explored seeds and how they grow. I planted some seeds in jam jars so that through the glass I could see how the seed grew, first sending out roots looking for nutrients and then stems and leaves stretching up towards the light. Eventually as they grew stronger I planted them in my garden there to grow further and attract the pollinators so that the plants would bear fruit.

I then harvested the produce, fruits or vegetables, cooking them, making tomato sauces, courgette cakes and many other things. My seeds are truly ‘Seeds of Life’.

I did many drawings of this entire process, the seeds, their growth, flowers and pollination; many of which were the basis for my paintings.”

Closed on Mondays (or viewing by appointment only)