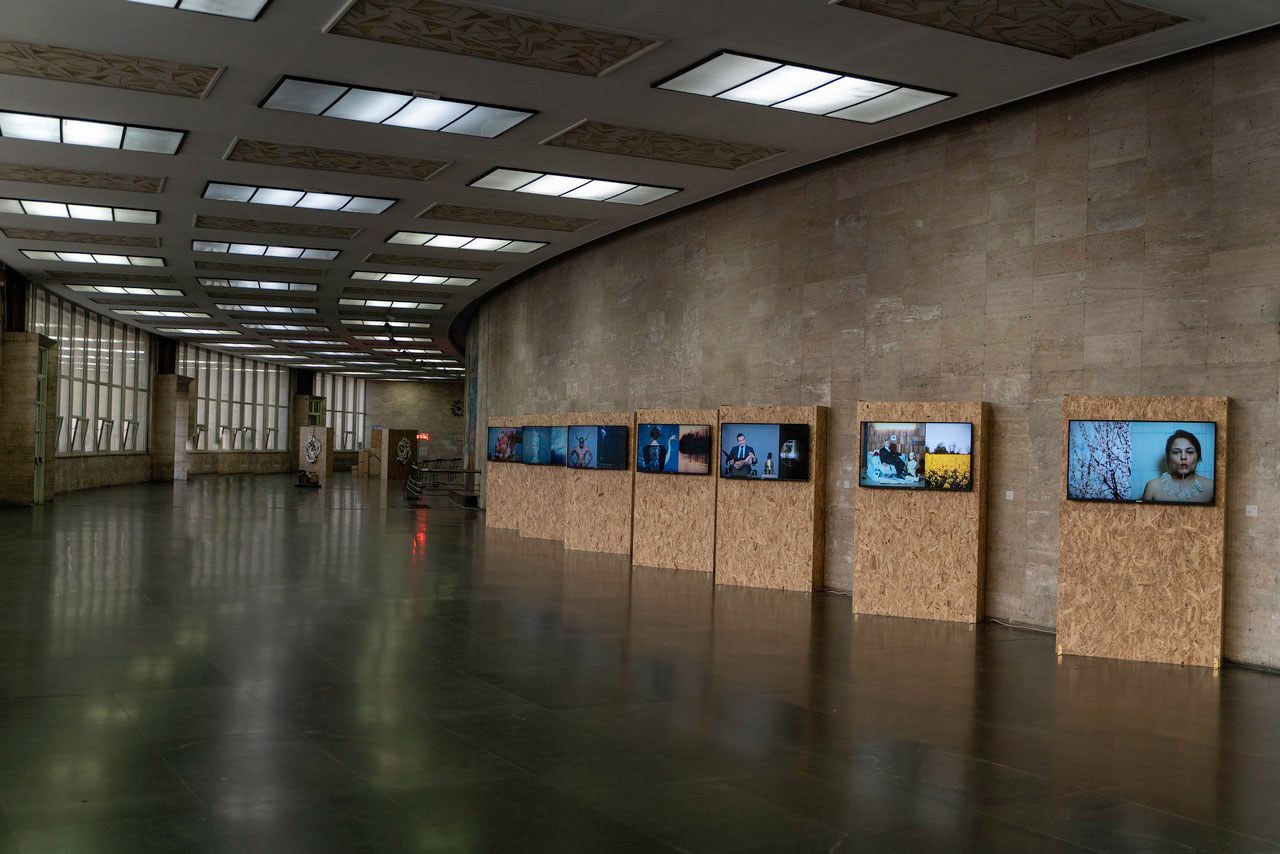 Here am I, flashing no color tall in my room overlooking the ocean

Here are we, one magical movement from Kether to Malkuth

There are you, you drive like a demon, from station to station…

How many ways to travel do you know?

Two cities share the same sea strait. Messina and Reggio Calabria are like two sides of the same coin, united by a common destiny that they shared even in the most tragic moments: one as a gateway to the largest island in the Mediterranean, the other as a landing point on the Continent. Two cities sharing even the paternity of their railway stations: that well-known Angiolo Mazzoni who, during the twenty years of fascism, designed numerous railway buildings throughout Italy. Two structures inaugurated at the end of the Thirties with propaganda emphasis, in the willing to prove the power of an Empire that triumphalistically was used to cancel the wounds opened by the 1908 earthquake; all this, on the threshold of the devastation of the War.

Today two of these monument-buildings, products of the futurist aesthetics influenced by the ideal of speed and victims of a damnatio memoriae that flagged them as scapegoats for our own anti-human behaviors, become containers of a contemporary art project grafting its roots on the vivifying capacity of readjustment, of reinvention, of restitution to the memory of never opened places – the Bunker of the Reggio Calabria Central Railway Station – or of deliberately closed ones – the Mosaics Hall of the Messina Marittima Railway Station. The extension of the simple and direct orthogonal lines, typical of Angiolo Mazzoni’s futurist and metaphysical architectural style who designed them according to the experiences of German Rationalism, has enhanced their essential structures, intersecting the horizon line of the Strait and expanding the real space and its perception, ideally merging in a single human agglomeration the two big sister cities, for better or for worse, of Reggio and Messina.

From Station to Station.

Under the patronage of the Ministry of Culture, Station to Station is a pilot project of contemporary art created thanks to the fundamental collaboration of the Italian State Railways Group, which branches out between the Reggio Calabria Centrale and the Messina Marittima railway stations, coordinated by the artistic direction of a cultural reality the likes of Techne Contemporary Art. Artists passing by. Artworks in transit. A stationary journey in places par excellence dedicated to travel, where each invited artist expresses the need for connection with the worlds, necessarily in the plural, with the awareness of being immersed in a system of relationships that suddenly turned out to be fragile, in which the interpersonal relationships have been questioned and the classical methods of diffusion have been bound in a cage of limitations, distances, closures and openings, weak and labile.

The languages of contemporaneity, in total compliance with technological experimentation, transmit their high-speed codes; being connected to the network allows visibility and updating on the most varied artistic trends. Likewise, the railway network with its stations, hubs and transit points, becomes a metaphor for the transmission of culture. A new place to convey the messages of art in a far-reaching manner, to spread, to involve. If it is true that the evolution of ways of communicating has facilitated the exchange of experiences, it is equally true that it has privileged virtuality over physicality, over the real contact. Let’s reestablish a contact. Let’s go back human. Let’s launch a message, give a sign, and let’s do it starting from what is a congenital human need: that of travel.

Art as a symbolic place for the need to move, terrain vague, humanity’s greatest line of defense; a railway station as its physical place par excellence, which – like Foucault’s heterotopias, «spaces that have the curious property of being in relation with all the other sites, but in such a way as to suspend, neutralize, or invert the set of relations designated, mirrored, or reflected by them» – are nothing more than temporary containers of situational fragments, places of impermanence, forced pauses between an arrival and a departure. Interludes to which, through art which is the realm of the symbol, we would like to add the dimension of time freed from the contingency of the present.

How many ways to travel do you know?

Whatever they are, Station to Station wishes you a pleasant journey.

opening to the public