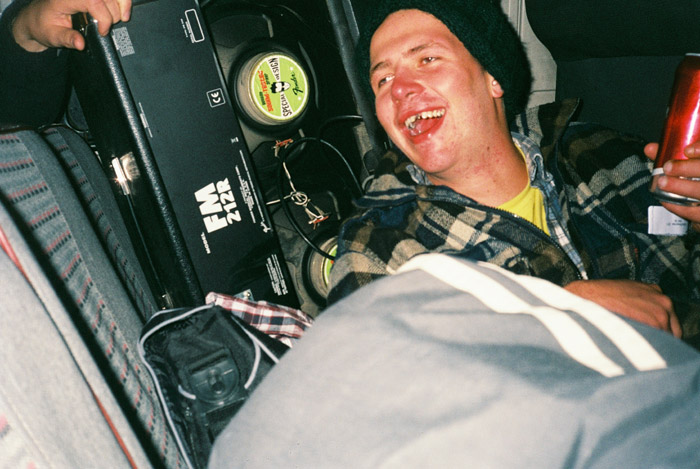 Tadej Vaukman‘s photographs are direct, raw, some time violent. Tadej shoots his skater friends without any compromise. His work reminds me on Nan Goldin‘s THE BALLAD OF SEXUAL DEPENDENCY serie. I think about the descend into hell in William S. Burroughs‘s book NAKED LUNCH too.

Behind this nihilism hides the rebellion of a so called underground skater scene who refuses the commercialisation of his lifestyle. Tadej and his buddies are modern nomads who ignore the social norms and live in squats, who travel from skate parc to the next spot, who prefer the freedom as a bad pay job.

Tadej Vaukman is a photographer, who shows us his environment without compassion. He decides in favour of the freedom and for the magical instant, when on your skate you are one with the flow.