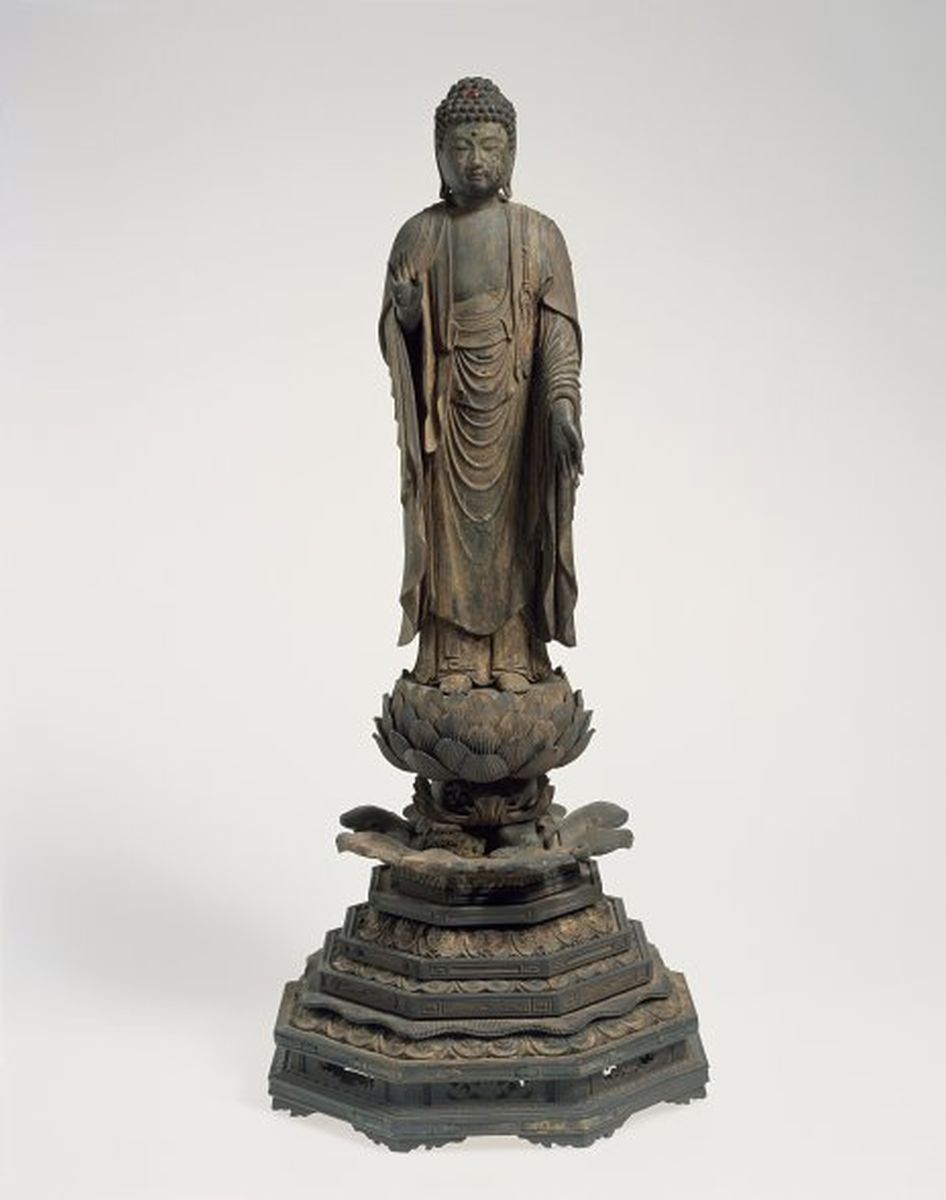 National Gallery Prague and Museum Rietberg Zürich will present masterpieces of Buddhist art from their collections.

Who was the Shakyamuni Buddha and what does his teaching bring to us? How did Buddhism spread from the Indian subcontinent to Southeast Asia, China, Tibet, Japan and other regions? For the first time in the Czech Republic, the history of Buddhist art will be presented at an exhibition organized by National Gallery Prague in cooperation with the Museum Rietberg in Zürich. Art objects from the 2nd – 3rd century all the way up to the 20th century have been selected from sculptures, paintings and other artworks in the collections of both institutions. Employing these artworks, as well as audiovisual and interactive elements, the exhibition will guide viewers through the different periods of Buddhist art and introduce them to the beginnings and dissemination of Buddhism in Asian cultures, including its reflections in the Czech lands.

The introductory part of the exhibition will show the diversity with which artists depicted the Buddha in the regions where his teaching took root. The following section showcases artworks depicting the legends of Buddha’s life – from miraculous circumstances of his birth to his entry into Nirvana. The section devoted to the Buddhist doctrine will present the two main currents within Buddhism (the Theravada and Mahayana), the arhats who were the first to disseminate the Buddha’s teaching and, various buddhas and bodhisattvas – the members of the diverse pantheon of Mahayana Buddhism. The following section will show how Buddhism spread across Asia – it will feature portraits of monks, handwritten and printed Buddhist texts, a sound installation with recited prayers and, models of stupas (structures for keeping relics). The last part will be devoted to reflections of Buddhist philosophy and practice in the Czech lands from the end of the 19th century to the present, including local collections of Buddhist art.

THE BUDDHA UP CLOSE