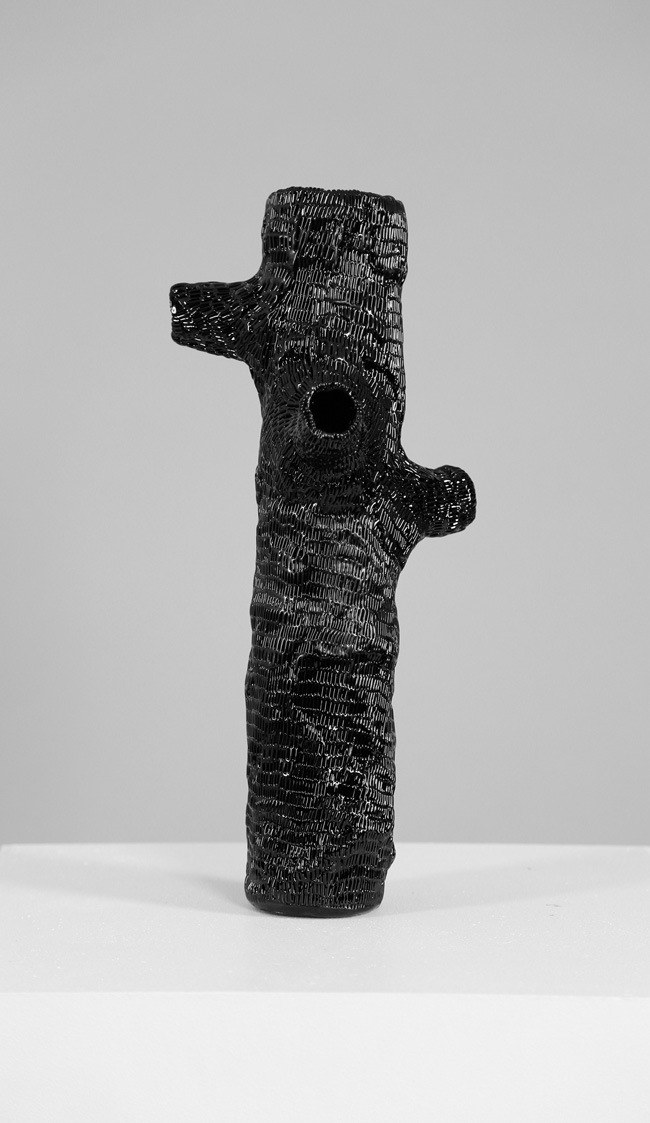 The exhibition „The Living Room“ created by „Dunbar’s Number“ – an association existing of the studios Sonja Bäumel, mischer’traxler, Martin Robitsch, Konstantin Schmölzer as well as the curator Judith Radlegger – focuses on the processes of transformations of the natural and cultural.The line between the artificial and the the nature gets dissolved while the formation process becomes more decisive for creations and the concept of design is fortified with the emphasis on processuality. The exhibited objects describe an ephemeral condition, are subject to continual change or a snapshot of a natural process.Already the first exhibition of „Dunbar’s Number“ concentrated on constant changes of states and „mutation“ became a self-reflexion. Now in the third exhibition project of the collective, the participating designers and artists go even further by conceiving the macro- amd microcosm „Living Room“ as place where life happens and by emphasizing the experience of the selected projects. Besides works by Sonja Bäumel, mischer’traxler and Martin Robitsch also invited projects that have the idea of formation process in common, will be exhibited.