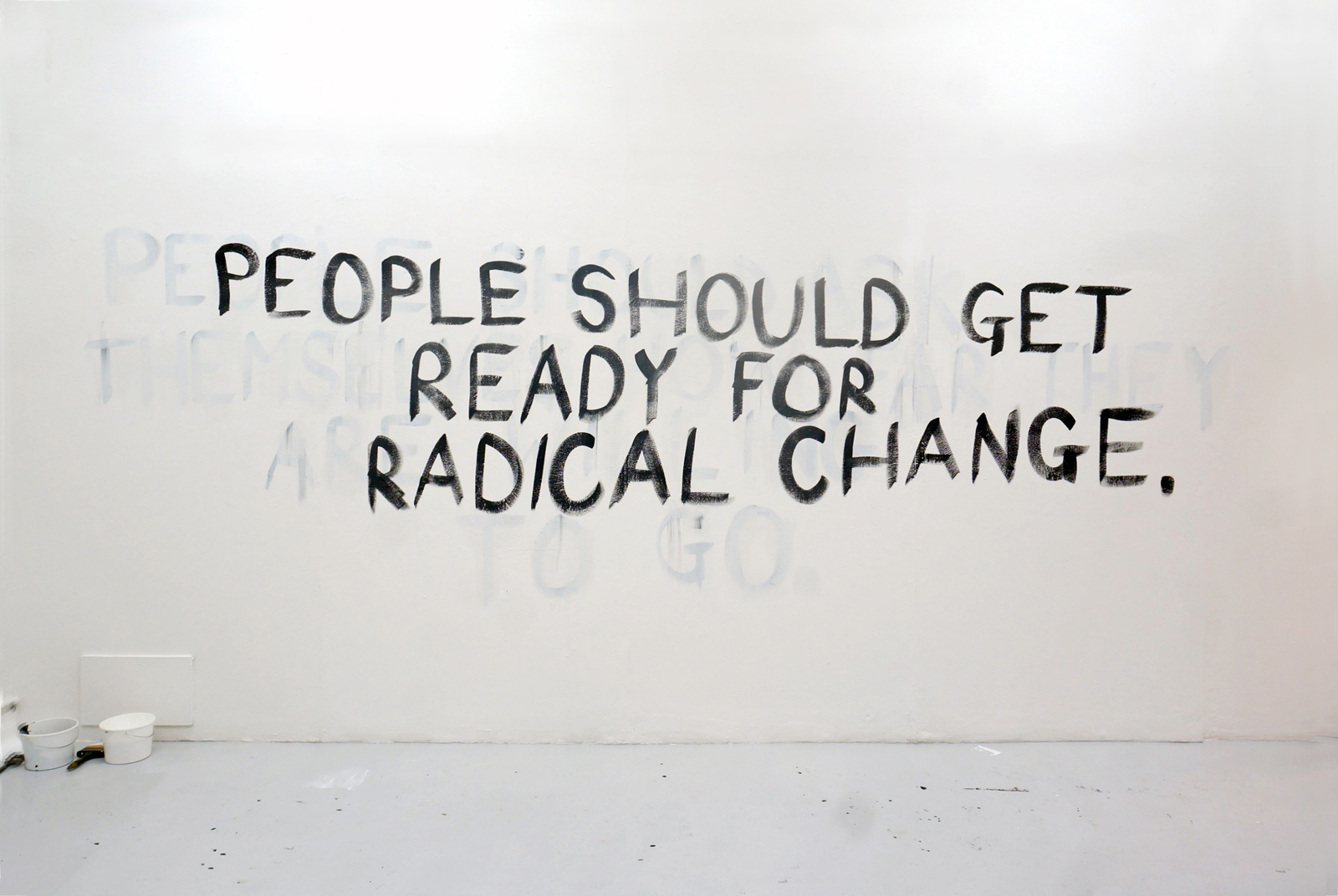 CHARLIE SMITH LONDON is delighted to present ‘Transcript’, a group exhibition curated by gallery director Zavier Ellis and artistHugh Mendes. Both Ellis and Mendes have an enduring interest in text based work and in the occurrence of text itself in ourgeneral cultural environment.This exhibition will explore the use of text in contemporary art that has been transcribed from every day or alternative sources. Forover a century, ushered in by Pablo Picasso’s inclusion of the fragmented word ‘JOU’ and collaged oil cloth in ‘Still-Life with ChairCaning’ (1912), artists have turned to low sources and materials gleaned from everyday life, thereby navigating visualcommunication away from its traditional reliance on imagery. Found elements derived from life in the studio, street and café weredeployed to confront the audience directly with the stuff of reality at a time of great political, social and cultural flux. Fast pacedchange was axiomatic of the modern period, echoed by incessant industrial, technical and mechanical progress. Additionally,during a period of economic depression during and between the two world wars, adopting the use of accessible collage elementsand found objects represented a democratisation of materials in themselves.Picasso’s introduction of text as a prominent surface component prepared the way for contemporary artists to develop it into asubject in itself, and to engage directly with popular culture; commercial strategies; and semantics. The artists in this exhibitionwholeheartedly embrace the dissolution of hierarchical materials and sources. ‘Transcript’ will include painting, work on paper,video, installation, sculpture, performance and assemblage derived from film, signage, posters, advertising, newspapers,notebooks, diaries, clichés, graffiti, tattoo and schizophrenic acoustic hallucinations.Beyond this framework, ‘Transcript’ will investigate the disruption of language. In 1916 ‘Course in General Linguistics’ byFerdinand de Saussure was posthumously published, and became a critical work in the field of semiotics. Central to Saussure’stheory is the arbitrary relationship between the signifier and signified. Taking the written word as the ultimate signifier, wheremeaning is attached by general consensus, text based work has the facility to communicate universally, at least to an audiencewho speak and read the same language. However, again from synthetic cubism onwards, text based work is often characterizedby fragmentation and incoherence, where the association between signifier and signified is disrupted. This exhibition will assertthat broken, covered, erased, reversed, redacted, or dissolving words, letters or sentences serve to deconstruct language in orderto encourage ambiguous, new or unintentional meanings, both cognitively and instinctively.

The exhibition will include a performance by Tim Etchells at the private view and on the final day:Tim Etchells ‘Some Imperatives’, 2011 Performance (performed by Andrew Stevenson)Thursday 24 May at 6.30pm | Saturday 23 June at 3.00pm