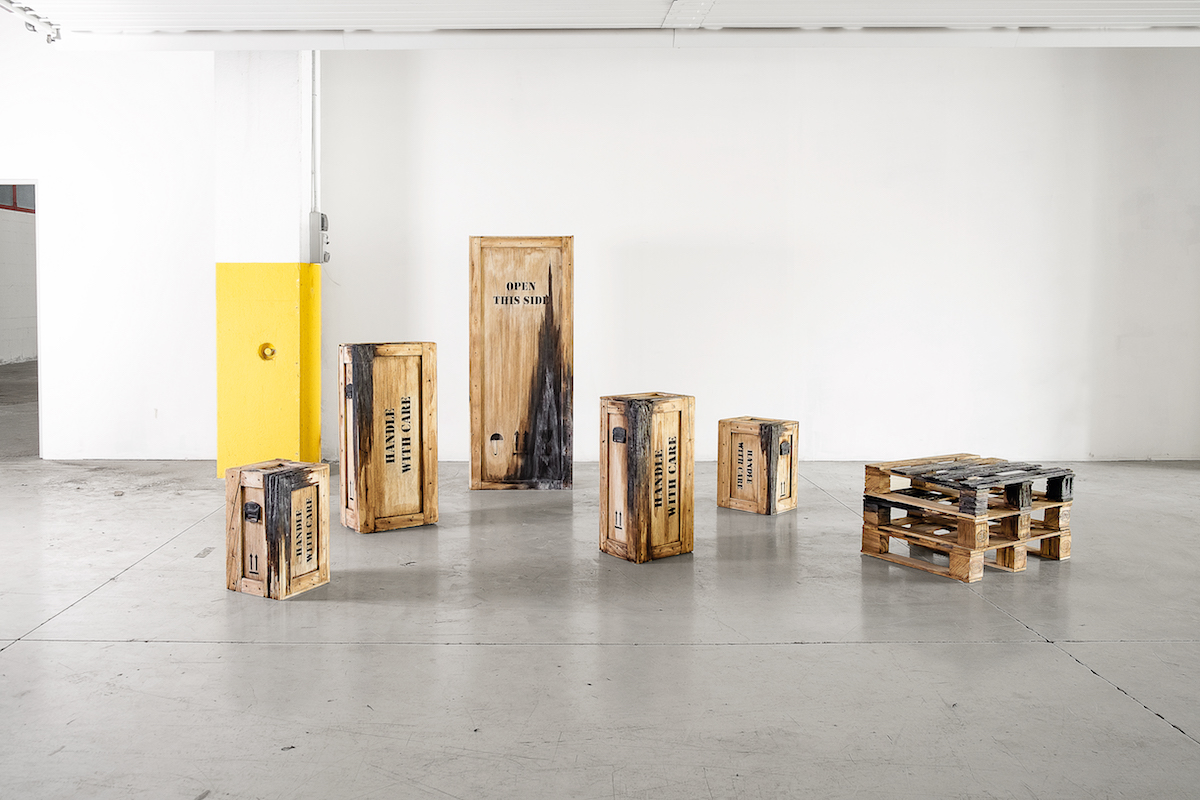 VALERIA VACCARO, a young marble artist, is the protagonist of PUNTO SULL’ARTE’s November exhibition. The VERNISSAGE of her solo show entitled PAPER, SCISSORS, ROCK will be held on SATURDAY 23 NOVEMBER from 6 to 9pm. Elegant work and impeccable in its realisation in which the sculpture’s material par excellence becomes symbolic of the fluid society that distinguishes us. In fact in some ways the sculpture here renounces itself, rethinking the noble material into objects which have nothing noble about them: from the pallet to the crate, from the sheet of paper to the classic office envelope destined to be ripped open and then thrown away. An allusion that becomes even more subtle in the sculptural realization of old toys, a tricycle, a child’s cot: here the bedroom of the past turns into a celebration of time that passes and makes these objects inevitably useless. And a sense of disorientation invades the viewer when they realise that what from afar seems like a playful reconstruction of an infant’s environment, up close reveals a monument to a time which will not return. The transformation, the metamorphosis, the becoming are highlighted in the artist’s work, also in the use of the combustion effect. In fact her subject matter often appears invaded by a series of burns which denote its fragility, the goal of impermanence. Built on the contrasts between heavy and light, eternal  and ephemeral, precious and ordinary, Valeria Vaccaro’s work therefore sets us before the uncertainty of our time.The show is accompanied by a BILINGUAL CATALOGUE produced by PUNTO SULL’ARTE containing the critical text by the curator Alessandra Redaelli and reproductions of the exhibited works. The artist will be present in the Gallery for the occasion of the Vernissage on November, Saturday 23. VALERIA VACCARO was born in 1988 in Turin. After attending the Artistic High School, she studied architecture at the Albertina Academy of Fine Arts in Turin. She has exhibited regularly since 2005. Between 2013 and 2015 she participated in the Biennale Itinerante Europea JCE Jeune Création Européenne. In 2015 she exhibited at  Exihibit a Torino and at the Rivara Castle Museum of Contemporary Art. In 2017, for the occasion of the Art Prize CBM, she won a special mention from the city of Turin. In 2019 she began the collaboration with the PUNTO SULL’ARTE Gallery and exhibited at the 15th edition of ArtVerona. She lives and works in Turin.