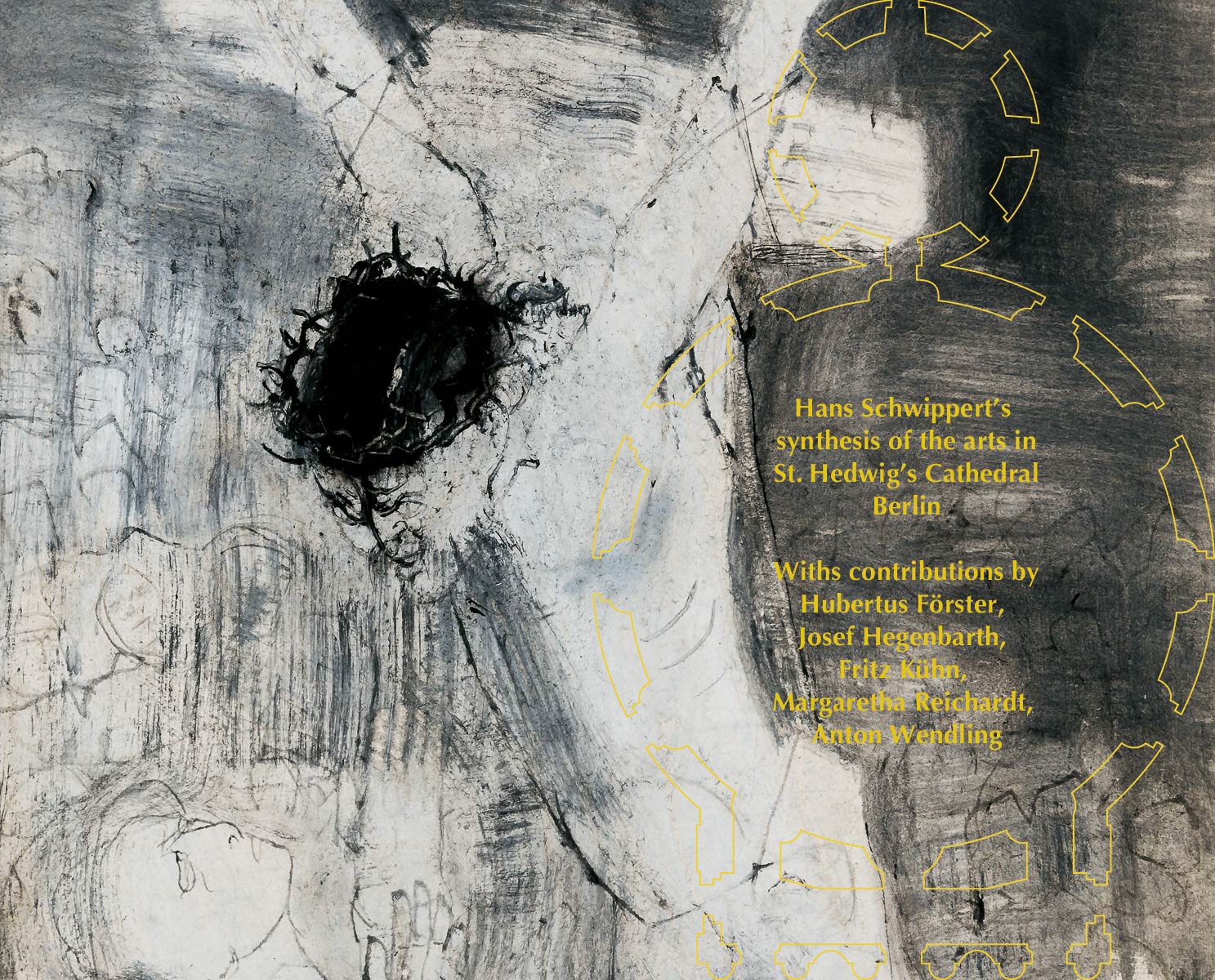 The religious and political language of architecture, art and craftsmanship

The baroque structure of St Hedwig, Prussia’s first catholic church, was erected after sketches by Frederick the Great, inspired by the Pantheon in Rome, accomplished by Georg Wenzeslaus von Knobelsdorff, who also built the famous Oprea Unter den Linden nearby, and consecrated in 1773. The church was gutted during an air raid in 1943. The interior was redesigned by the renowned Düsseldorf architect Hans Schwippert and completed in 1963 — in the heart of East Berlin and after the Berlin Wall had been put up. He commissioned various artists and craftsmen with contributions for the furnishing and decorating of the nave. Josef Hegenbarth from Dresden created a series depicting the stations of the way of the cross — the last big commission before his death in 1962. The internationally renwoned East-Berlin metal sculptor Fritz Kühn fabricated strong, yet delicate railings and chandeliers. The textile artist Margaretha Reichardt, trained at the Dessau Bauhaus, wove a tapestry, glass artist Anton Wendling designed the geometrical stained church windows, the goldsmiths Fritz Schwerdt and Hubertus Förster made liturgical instruments such as an altar cross and the tabernacle.

This creative cooperation, forming a unique total work of art, is under acute threat of destruction. Over fifty years, the St Hedwig parish happily and proudly used their church — by now a bishop’s cathedral. The Berlin archdiocese is about to gut the cathedral’s interior once more, without structural necessity, in order to redesign it as a fashioanble event location. This important symbol for a peaceful cooperation between Eastern and Western Germany faces major interventions, so one more architectural and cultural monument of the German Democratic Republic is destined for elimination. The private Hegenbarth Collection Berlinengages in the preservation of this precious entity with a cabinett presentation of original works, sketches, letters and photographs of the participating artists. The show thus offers an open platform for information, communication, discussion and exchange for churchgoers and for an audience widely interested in architecture, the arts and historic preservation.

Guided Exhibition tours in English can be booked.

Several books have been published on St Hedwig. The most recent one is „KREIS, KREUZ UND KOSMOS. HANS SCHWIPPERTS INNENRAUM FÜR DIE BERLINER HEDWIGSKATHEDRALE“ (in German, with many illustrations), author: Dr Sabine Schulte, editor: Alfred M. Molter. Free copies are available through the Hegenbarth Sammlung Berlin, only p&p to be reimbursed.