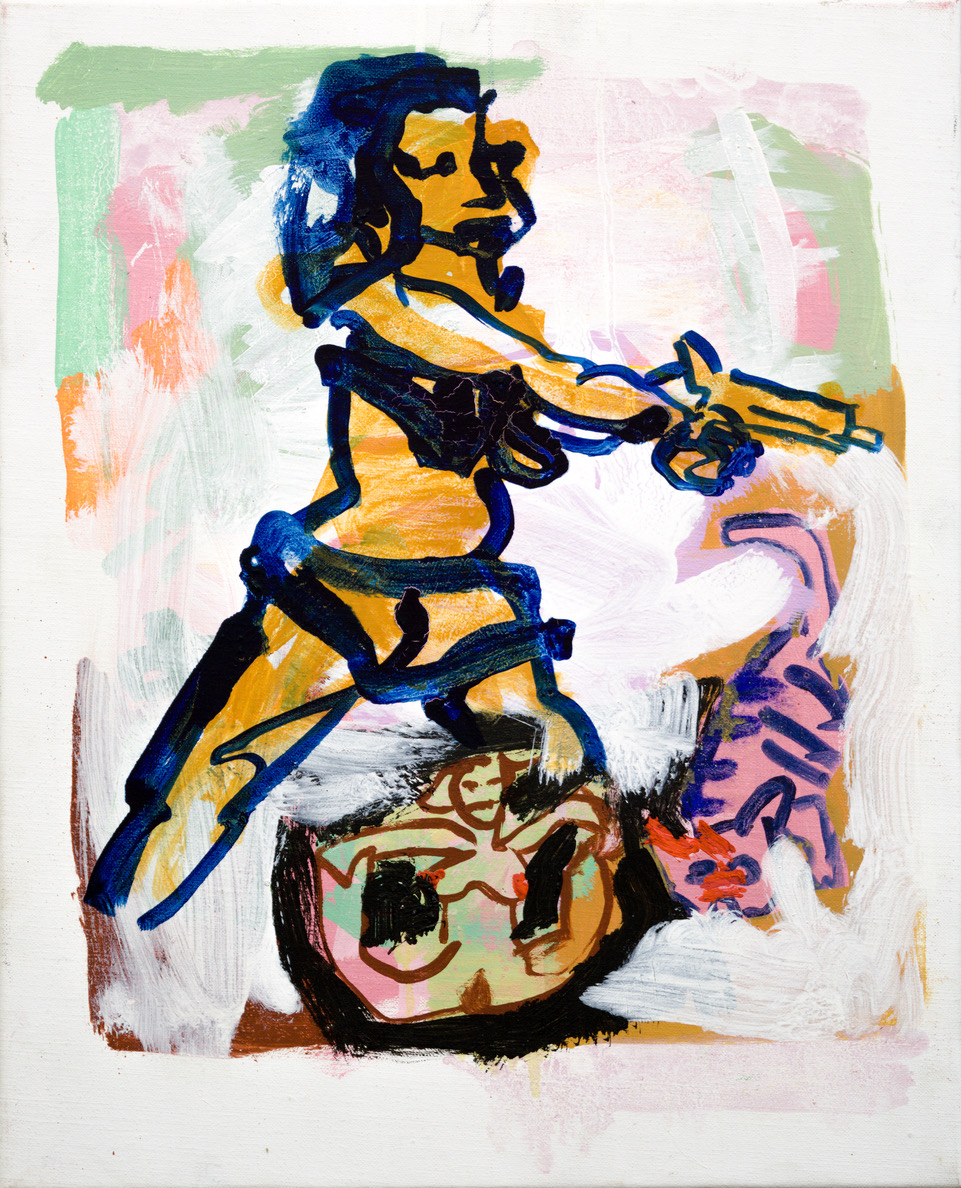 Reumert was considered a young Danish wild animal (“et ungt dansk vilddyr”) initially by one of Denmark’s most famous art critics, the late Pierre Lübecker, when the art world first started paying serious attention,and it stuck. Today, despite both his work and the world around him metamorphosing, Reumert remains staunchly defiant and even more ahead of his time. Reumert’s lack of deference for the artistic convention of the day saw him painting as a neo-(abstract) expressionist long before the movement became part of the art zeitgeist of the 1980s by names such as Basquiat.

Wild Animal is a retrospective of Reumert’s work with paintings from his early yearsin the 1970s to today. Wild Animal focuses on the artist’s relationship with the naturalworld as a commentary on modern life. Reumert finds inspiration in animals particularly, and it is in these works the artist’s messages are most prophetic. Works such as “Computer and Turtle” (“Computer og skildpadde”) illustrate Reumert’s premonitions of the future before anyone had an inclination to consider theomniscient power of this machine.

Professor Stephan F. Wagner noted in 2011 that, for him, Computer and Turtle evoked an I-Ching hexagram – a figure in an ancient text used to divine the future and dating back to 1000 BC. Reumert’s painting dates to 1993 when the internet was only nascent and, considered through the lens of the last 30 years, it is striking in its augury and scale.

On view will be works from which birds, primates, and cobras flutter, slither, and propel themselves, sometimes hesitantly and sometimes aggressively. Reumert invites the viewer to contemplate the speed of development and contrasts it with human nature. We see computers, binary mathematics, war, technology, violence, and love all interrogated and concluded through an animal lens and an atavistic spirit.

Reumert debuted in 1971 as part of the artist group Violet Sun. His first solo shows were at Kunstforeningen in Copenhagen in 1974 and Galloperiet in the free state of Christiania in 1977. He presented over 40 solo shows in the following 40 years. Reumert studied and painted in New York City (USA), Italy, France, Germany, Greece, Mexico, Nepal, India, Sri Lanka, and Cambodia.

Augustenborg_Project is an innovative art, food and creator’s space nestled between the historical sites of Augustenborg Castle and Augustiana Kunsthal in a former mental health hospital.

A_Art_Project is a contemporary exhibition space, sculpture park and residency. A_Art_Project hosts contemporary art exhibitions and welcomes artists in residency. Inspired by its history and the ever-evolving question of what is considered to be outside the norm of normality by the general public and establishment society – this space aims to give room to those who are not part of, or challenge, the current establishment and division of practices within the art world.

A_Food_Project houses Café Downstairs serving food based on local ingredients, as well as gastronomic pop-ups. A_Work_Project offers affordable ateliers to artists, digital creators and artisans. The ethos of all three areas of Augustenborg_Project is to invigorate and challenge, no idea is too crazy.