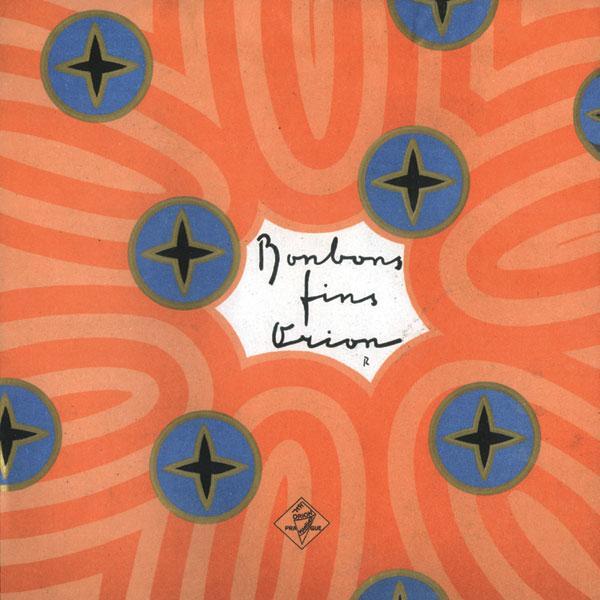 The work of Zdeněk Rykr (1900–1940) is attractive due to its intentional resignation of a single style mode. This painter, still somewhat neglected, produced expressionist, realist and cubist works, but also worked in the spirit of neo-classicism, sensual realism, neo-fauvism, abstraction and surrealism and created collages and assemblages, as well as sculptures and objets d’art. He was simultaneously conservative and avant-garde. Rykr is also attractive in his oscillation between modern art and advertising activity. In 1921 he began designing packaging and publicity flyers and posters for the firm of Maršner-Orion, later just Orion, one of the largest manufacturers of chocolate and confectionary in Czechoslovakia between the wars. The sophistication and originality of the packaging of Orion chocolate was unrivalled at its time, as was the long-term activity of the artist for the firm of Orion right up to 1939. Rykr’s “invention” of the Orion chocolate star, the cord lettering of the name Orion and the motif of the blackamoor on the packaging of the famous Kofila chocolate bar all testify to the unbelievable abilities of this young self-taught artist. Čedok, Káva Kulík, the Horch car plant of Germany, Dr. Zátka, Škoda and Baťa were other companies in the promotion of which Zdeněk Rykr participated.

Rykr was a skilful draughtsman and caricaturist, who contributed to the satirical periodical Trn (Thorn), wrote feuilletons, which he frequently also illustrated, and edited the periodical Domov a svět (Home and the World). He was unusually successful both in advertising and in free creativity, but also as an art critic and journalist. As early as in 1921 he was exhibiting as a self-taught artist and student with the famous Tvrdošíjní group of artists and in the thirties he exhibited in Paris in the Salon des Surindependents. He also played a significant part in the exhibition of the Spa Industry in the Czechoslovak Pavilion of architect Jaromír Krejcar at the World Exhibition in Paris in 1937. Likewise linked with the interesting and widespread work of Zdeněk Rykr, however, is the powerful personal story of a commercially successful artist who was, in spite of this, an outsider on the art scene. Under the pressure of the occupation of Czechoslovakia by Nazi German Rykr committed suicide in 1940. The exhibition in the Trade Fair Palace presents Rykr’s work in its full breadth and entirety. The blurring of the boundaries between high and low and between individual stylistic tendencies shows that the work of Zdeněk Rykr continues to be topical.