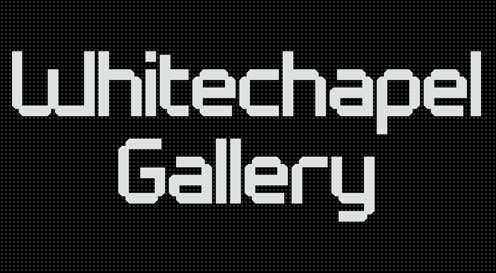 Bring on the time warp

Here is one for your exhibition calendar for all Warhol and 60s culture aficionados, and the rest of us. As of 11 September 2012 and until March 2013, Whitechapel Gallery offers you a rare glimpse of all 10 editions of the influential Aspen Magazine. The non-standard sized multi media publication as issued in a detergent box designed by Andy Warhol and David Dalton.

All good stuff from great names in art and music

The magazine is considered the perfect time capsule of popular 60s culture at its best. The publication features important contributions by: Marcel Duchamp, Yoko Ono, Peter Blake, John Cage, Ossie Clark, David Hockney, John Lennon and Lou Reed. Amongst these were diaries of Lennon, and sewing patterns by Ossie Clark as well as films by Robert Rauschenberg and Robert Morris. Aspen had a different designer and editor for every issue, providing it with a fresh and ecclectic mix of Super 8 films, works of art, posters and music recordings. One issue covered the whole notion of Pop Art, another a take on British culture and a third psychadelic influence.

Why the name Aspen?

Inspired by the Aspen ski resort and its captive audience, ‘Aspen’ was conceived by Phyllis Johnson, who in turn was a New York magazine editor. To begin with the magazine linked to the resort but soon evolved into a document capturing the essence of artistic movements at the time.

The uncompromising approach made the effort legendary but also difficult

Aspen Magazine was characterised by a slow and deliberate publishing cycle. The first published in 1965, and all 10 issues were created at irregular periods. One of the difficulties with the magazine was that of securing advertising funding. Distribution was also an issue given the fact that the unusual format required extra postage. As a consequence the final issue was published in 1971.

The exhibition is curated by Nayia Yiakoumaki, and the magazines have been lent out by Museu d’Art Contemporani de Barcelona (MACBA), Victoria and Albert Museum, London, the Irish Museum of Modern Art (IMMA) and Chelsea College of Art & Design Library.

The Aspen exhibition is mounted at the Pat Matthews Gallery (Gallery 4) at WhiteChapel. You can visit the website of the gallery

Here you can find further visitor information on Whitechapel Gallery 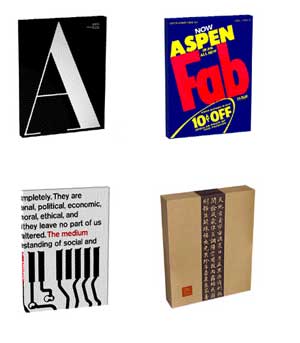