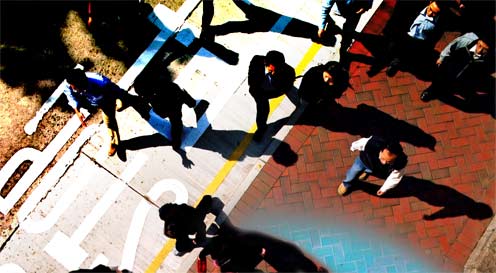 consistently within the top 5

One chain of galleries crops up every year as being within the top galleries of the world, and that is the American founded Gagosian Gallery. It has satellite galleries strategically placed in several European and US locations, not to forget one in Hong Kong, China. The expansion within the last two decades alone has been rapid indeed. In 2004 the first European Gagosian gallery opened in London followed by the inauguration of galleries first in Rome, then Athens, Paris and Geneva. In both London and Paris there are today two gallery venues and a third gallery will be opened in London Mayfair in 2014.

A special knack of selecting artists

It is not all the new bling from living and established artists. The gallery takes its custodian role seriously by publishing decent quality catalogue raisonnés on many artists, and by arranging retrospectives such as a recent one on the life and work of Jean Michel Basquiat. Madison Avenue is the place to seek out their more historical exhibitions.

The Larry factor in the art market

Known mostly by his first name ‘Larry’ by many collectors, the founder is also a person who appears in lists often enough. The publication ArtReview ranks him within top 10 in their annual “Power 100”. What exactly that means is, of course, never clear. However, members of editorial staff are perceptive enough to consider him one of the 100 most influential people in the contemporary art world. Either way, and more importantly, it is commonly understood that a good part of the art market watches Gagosian every move in order to mimic his finest tango.

Along with being listed he is also duly decorated for being a patron of the arts and for his philanthropic contributions.In 2006, Larry Gagosian received the Peabody Award as the producer of American Masters: Andy Warhol, A Documentary Film. In the fall of 2010, the French government awarded Larry Gagosian the Legion d’Honneur with the rank of Chevalier. In recognition of his longstanding commitment to the arts, in the spring of 2010 he was awarded the Rome Prize for Visual Arts by the American Academy in Rome.

At the secondary market, Gagosian Gallery openly admits supporting the value of their roster of artists at auctions. Amongst other things, it helps secure their ongoing investment in certain artists. It is a practice which may be frowned upon by some who insist the art market should operate like a regulated investment market. But often enough, Gagosian’s auction activity also results in bidding on artists not represented by the Gagosian network of galleries.

You can visit Gagosian at these locations: