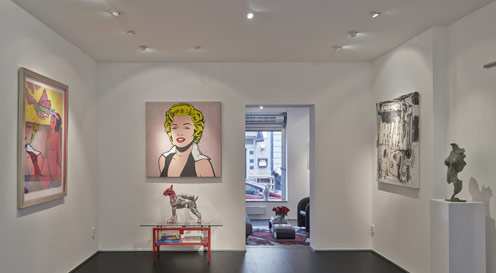 one family and their unique passion for art

Malmö Sweden is home to the progressive Gallery GKM with its extraordinary story about art aficionados making things happen in the least likely hotspot for art: the 1960s provincial Sweden.

Of course, since then Southern Sweden has turned into one of the places where art is very visible; and today the city of Malmö is pulling the art punters in from the entire region including Copenhagen, across the bridge.

Aside from its brand name, the Gallery is officially known by its longer name Galleri GKM Siwert Bergstrom referring to one of the co-founders. In the mid-50s Siwert Bergström worked as an apprentice pastry chef at Restaurant Kungsparken in Malmö – just a few hundred yards from where the gallery is located today. As a newly trained pastry chef, he subsequently opened a bakery in Husqvarna together with wife Solveig.

From bakery to art gallery

Having a bakery was all well and good, and you can be surprisingly creative with pastries and marzipan pigs. However, the curiosity in shapes and colour extended to art and the couple just had to surrender to their passion sooner or later.

Hence, in 1967 Solveig and Siwert founded a gallery in Jönköping. The gallery, blessed with astute business acumen and situation awareness, chose to call itself ‘Famous Painters’ in Swedish. Simply, they recognised that ‘painter’ was perceived synonymous with ‘artist’ in the local vernacular, and acted accordingly.

At break-neck speed they soon absorbed knowledge about local and international art like one big sponge. In the early 70s they discovered the so-called Halmstad Group and in particular Axel Olson. Siwert and Solveig also came into contact with Bengt Lindström, which resulted in exhibitions, an art book, and further contacts to places such as Atelier Mourlot in Paris. The latter turned out to be a defining moment for the gallery, because it opened up for the graphic works of Miró, Robert Indiana and Jean Dubuffet. This working relationship placed the gallery firmly on the map with sales of high quality limited editions. Today signed limited editions of contemporary art continue to be one of the strengths that GKM offers discerning art collectors.

The chance meeting with Bengt Lindström also helped forge a long friendship with Corneille, which in turn led to a long and close cooperation. Besides falling for his work at a personal level, the gallery instinctively knew they were on to something equally rare and remarkable; and all at a time when only few fully understood the significance of CoBRA locally. The late Corneille (d 2010), who was one of the CoBRA group’s foremost artists, was first shown at the gallery in Jönköping in 1978. Since that first show at the premises, the artist and the Gallery made nearly hundred editions of prints and art books together. In retrospect, it has made GKM the, perhaps, greatest distribution channel of Corneille’s art.

As the gallery became increasingly international, and began exhibiting at FIAC in Paris, it changed its name to Galleri GKM. It soon represented, among others, the Chilean surrealist painter Roberto Matta, not to mention Arman and César, the leading masters of Nouveau Réalisme.

At the same time GKM began to represent early Pop artists Peter Klasen, Valerio Adami and Erró along with yet another CoBRA artist Jacques Doucet.

Nothing wilts faster than the laurals you sit on, and constant reinvention has proved to be important for maintaining both the level of success and the standing among collectors. In the 2000s, the gallery wisely chose to represent as diverse artists as Yrjö Edelmann, William Sweetlove, Philippe Huart, Antonio de Felipe and Cecilia Cubarle.

The art continues to be everything for the family-owned gallery of three generations, and so is the act of keeping the finger on the pulse. For GKM, it means that it has curating management permanently in Paris plus wherever else in Europe the opportunity to source art dictates.

An increasing number of commercial clients and private collectors are being recruited over the internet internationally. The gallery welcomes the development given that the best a gallery could hope for in the past, was their good reputation spreading by word of mouth.

The other trend the owners have spotted is that more and more people collect art. I.e it is not just the elitist and personal gratification of billionaires, the decoration of company board rooms or the connoisseur museum staff. No today collectors are very much the regular Mr and MRs Jones, who want to adorn their homes with something else than mass produced reproductions or Auntie Sophie’s best attempts.

You can find up-to-date information about the gallery by visiting their official website. 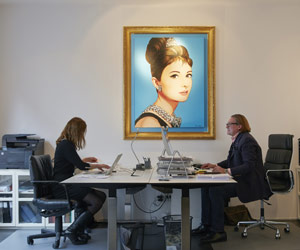 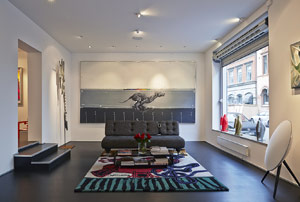 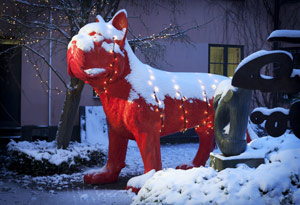