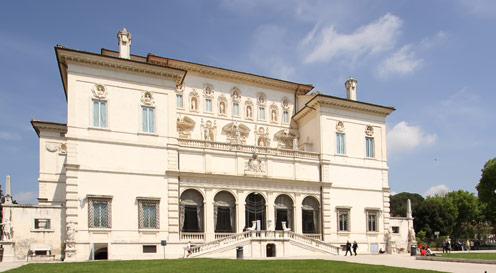 The Borghese Gallery, as it is called in English, is a delightful art gallery collection of mainly Late renaissance-, baroque- and antiquity art. It is located in the building Vila Borghese Pinciana once the home of Cardinal Scipione Borghese. In turn, the vila is situated on an estate which is one of the most beautiful and lush parks on a Roman hill, and a stone throw away from Piazza del Popolo in central Rome. For the art sightseer, Galleria Borghese is conveniently close to Galleria Nazionale d’Arte Moderna showcasing 19th- and 20th-century Italian art, and Museo Nazionale Etrusco.

Vila Borghese consists of 22 rooms in two flights, and houses, amongst other art, the famous Titian painting Sacred and Profane Love from c 1514, cerainly considered one of the best works from the artist’s hand.

Along with the Vatican State and Museums, it is one of the places to view Carravagio and Bernini. In particular, Galleria Borghese is the one place to view the most Bernini sculptures and portrait paintings in one place.

Cardinal Scipione Borghese rather monopolised the artist Gian Lorenzo Bernini through patronage. A wise choice, which explains why you can still find these works of art in the house today:
• The Goat Amalthea with the Infant Jupiter and a Faun
• Bust of Pope Paul V
• Aeneas, Anchises, and Ascanius
• The Rape of Proserpina
• Apollo and Daphne
• Two Busts of Cardinal Scipione Borghese, who rather monopolised the artist
• Truth Unveiled by Time

Caravaggio (Michelangelo Merisi) is well represented by the paintings David with the Head of Goliath, Boy with a Basket of Fruit, St Jerome Writing, and Sick Bacchus. Here you would also find a couple of Raphael works such as Entombment of Christ

The collection is varied and impressive considering a part of it was ‘liberated’ by Napoleon Bonaparte and is still housed in the Louvre. Well, officially the art was sold and not stolen, but the lot was sold suspiciously cheap at a time when France dominated the region geo-politically.

The family relations may have tied the Borghese to Napoleon, which was perhaps a little unfortunate for the collection and helps explain the presence of one sculpture by Antonio Canova depicting Pauline Bonaparte. Still there is a star-studded list of artists in the present-day collection: Correggio (Antonio Allegri), Beato Angelico, Jacopo Bassano, Federico Barocci, Antonio Canova, Dosso Dossi, Piero della Francesca, Lorenzo Lotto, and Antonello da Messina.

It all sounds like locally-sourced talents from states that now make up the nation Italy. However, the collection contains several works from further afield. Take for instance the Flemish Anton van Dyck and Peter Paul Rubens or the Spanish Jusepe de Ribera and Bartolomé Esteban Murillo.

When you view the inventory, it is easy to forget the architecture itself including the ceiling painings. The main hall. It has one of the most impressive trompe-l’œil with clever foreshortening and beautifully dramatic swirling illusion of you being spiralled upwards to the ceiling and beyond.

It is the work of Sicilian artist Mariano Rossi: 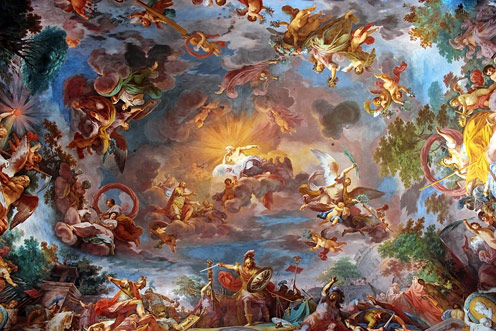 It has much of the same composition of the much more famous ‘The Assumption of the Virgin’, which is a fresco by Antonio da Correggio decorating the dome in the Cathedral of Parma.

You can book tickets and find more up-to-date information from the official website.

Monday-Saturday
Closed on Sundays, except Every first Sunday of the month where admission is free. 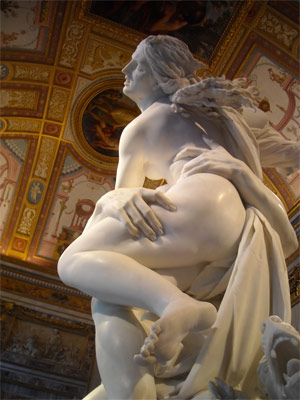 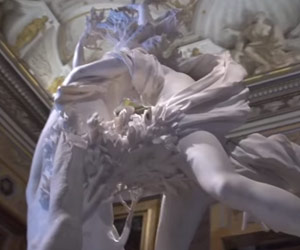 A video in Italian 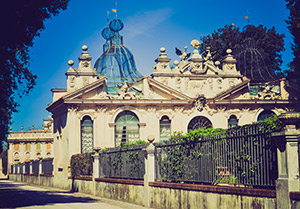