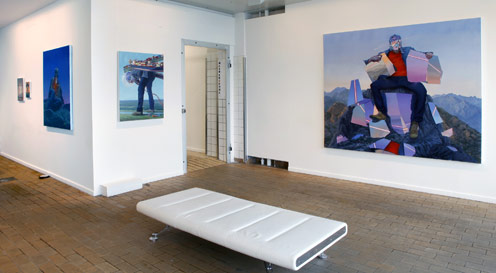 Amidst butchers, fishmongers and the vibrant nightlife of Copenhagen’s meatpacking district you find Gallery Poulsen – a well established gallery with eleven years on the national as well as the international art scene.

The gallery houses a group of contemporary artists, mostly Americans, who each work in a significant artistic style, where the clean, the satirical and not least the reflective are the thematic common denominators. Persistently Poulsen strikes to present works in which storytelling, complex figurative compositions and impressive craftsmanship create an aesthetic focal point.

Gallery Poulsen holds an intense interest in traditional easel art which means that the majority of the artists are working on canvas or paper and excel in this genre. However this does by no means imply that they show old fashioned or dusty art – a lot of the artists have their own unique way of handling and challenging the medium. In fact, several of them have developed their very own complicated method.

As an extension to their varied inventory the gallery has recently presented the platform “Poulsen Edition”. For several years the gallery has offered various kinds of print editions of selected artworks, and now it expands with a new subpage on their website exclusively for editions.

Being a living, welcoming and ambitious gallery is their ultimate goal of the staff, which they achieve through producing eight to ten exhibitions a year, and by participating in national- and the international fairs Pulse and Volta in New York, Miami and Basel.

Gallery Poulsen is situated at Flæsketorvet in Copenhagen. For the uninitiated it is the meatpacking district of the capital where butchers, galleries and bars are found side by side. The area has slowly but surely managed to turn itself into a hip art scene without being one of those controversial gentrification deals like in New York. 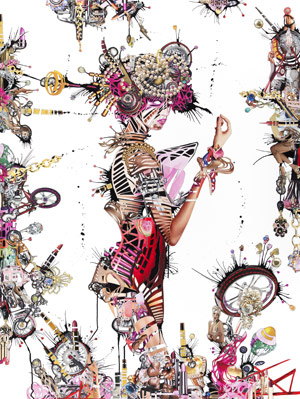 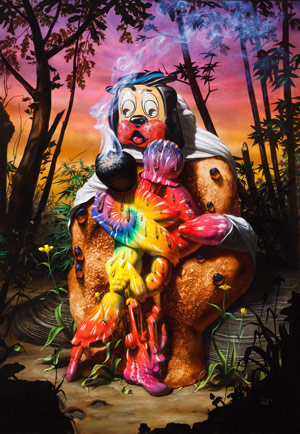 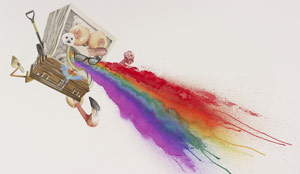