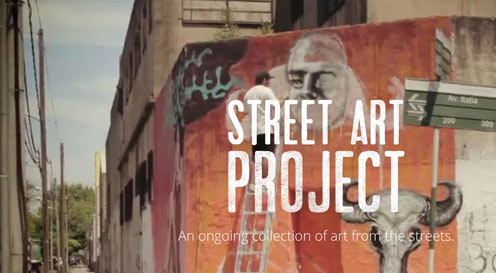 an anthropologically profound move by google

Although it has sprawled on social media for some time already, Google is a first to make a formalised database of street art and make in excess of 4000 works of art visible to you. It is called the Street Art Project and is one of several art initiatives by the company. One of the others is the ambitious Art Project that is a mash up between Google and 460+ Art Museums with the shared aim of bringing their entire collections of art online in high definition and accompanying information.

The Street Art Project is headed up by the Google Cultural Institute in Paris. It has acquired its bank of images in two distinct ways. Some photos were quietly and anonymously provided by cultural grass roots around the globe. Others were captured using Google’s own Street View camera technology.

One of the things that is remarkable about the project is that it includes street art which no longer exists, such as the 5Pointz murals in Long Island City, Queens, or the walls of the Tour Paris 13 tower in France.

In the future it means that we can peel back time, see art evolve, and witness some of the mega-trends in everything from fringe- to mainstream culture.

It is not just something to be exited about as a street art aficionado, art critic or art historian. No most cultural anthropologists would agree that it is an important logging of who we are for future generations to come, in the same way that much of what we know about the Romans come from seeing their art and graffiti in the unearthed cities of Herculaneum and Pompeii.

Is it global then? No, at its inception, the image bank is evidently more of a first-tier capital city record. This is not eluding to the fact that the globe has an awful lot of rural countryside left, and street logically requires urban streets to exist. No it suggests that even Richard Florida would have a field day looking at the Street Art Project. When viewing the epicentres of global street art through his lens, the sum of Google’s map pins constitute yet another proof that the world is not flat but spiky. A police investigator, on the other hand, would welcome the very same map pins, because they would help home in on the habitat of the ‘criminal’. After all there is only so far anyone would bother to carry spray cans and stencils after breakfast. Which leads us to another question.

Notions of permitted- and even funded street art are not entirely alien in this day and age. However, the flip side of most street art is, that it is considered vandalism by others than the artist and its likeminded.

With the newly launched non-profit Google Street Art Project, it could turn into a contentious issue if Google were being seen as endorsing or otherwise encouraging subversive acts of vandalism. But to play the devil’s advocate, the company is merely recording what has already been created and widely spread on social media. In that regard it is perhaps a crime without a victim. Besides, the established art world has long adopted terms like ‘banksy-mania’ to account for the phenomenon that street art has wormed its way into the primary -and secondary art markets over the past 40+ years. 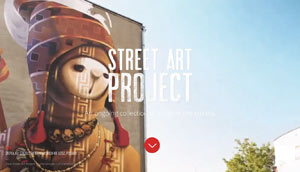 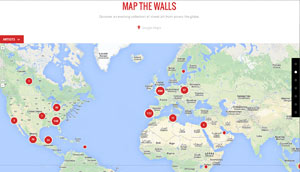 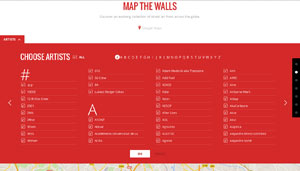 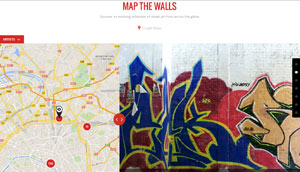 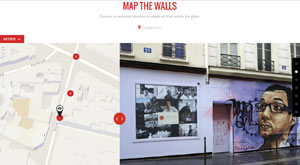