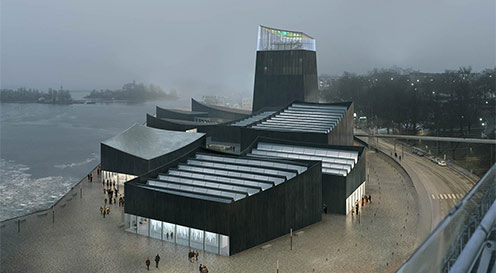 even the finnish can't wait to see it finished

A design by Japanese-led Paris firm of Moreau Kusunoki Architects wins the grand international competition for a proposed Guggenheim Helsinki Museum. From an unprecedented 1,715 submissions, the jury selects a proposal featuring a collection of linked pavilions and plazas.

The Guggenheim Helsinki Design Competition began in June 2014 and generated a record-making 1,715 submissions from more than 77 countries. From a short list of the six strongest proposals, the Solomon R. Guggenheim Foundation has just announced the winning concept Art in the City by the French architect firm.

The design is a landmark and is going to not only be a highly purpose-built and beautiful art space, but also be a beacon of light in the pitch black Finnish winters.The idea with the project is to engage visitors with museum artwork and programs across a gathering of linked pavilions and plazas organized around an interior street.

The architecture is clad in locally sourced charred timber and glass, displaying a rare environmental sensitivity to its surroundings including the South Harbour of Helsinki. Indeed the building comprises of 9 low-lying exhibition halls and a tower reminiscent of a lighthouse.

“I extend the Guggenheim’s warmest congratulations to Moreau Kusunoki for having achieved the design goals of this competition with such elegance, sensitivity, and clarity,” said Richard Armstrong, Director of the Solomon R. Guggenheim Museum and Foundation.

It is not hard to imagine how the informal cluster of buildings, the waterfront and park invites a healthy dialogue with the contemporary art itself. 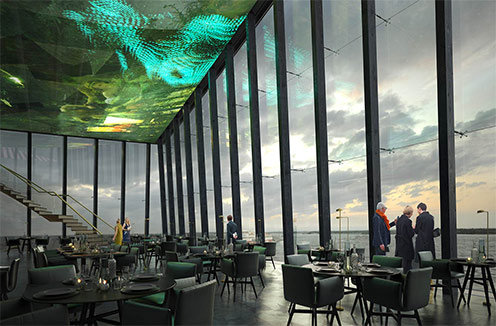 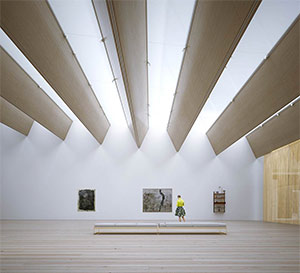 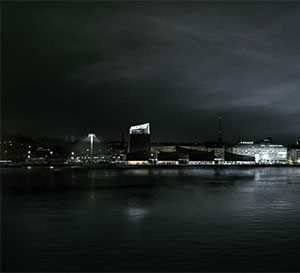 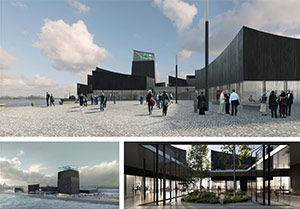