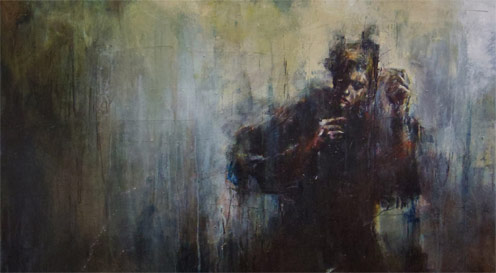 unfiltered commentary on who we are

There is much to be said about the mixed-media work of this emigré artist, but if we were to point out one thing to take away from his art, it is this: a laser sharp observation of our age and its absurdity.

Denning captures both our culture and an opposing sub-or fringe culture at the same time. It comes as no surprise that the artist is being acquired by private collectors looking for substance. But just as significantly, he is being collected by the most unlikely collectors of them all, who simply have to acquire a piece of him. Take for instance the Politics Department of Bristol University or the Political Science Department at Galway University.

However, to say the work is mainly political would be a little blinkered, because it works on several other levels such as the emotional impact of the figurative, which in turn is bound to transcend the context of our age or the raw punk aesthetics on another level.

Even saying the art is political proves tautological the same way that ‘you cannot not communicate’. This is because in Greek etymology, politics is division of resources, which sadly makes anything and everything political.

What is it then? It is comment on- or engagement with our society — if not a head-on collision. A recent title for a Paris exhibition was aptly named ‘The Party is Over’. It contextualises us belonging to the last generation enjoying an abundance of natural resources, and future generations having to mob up the mess after our hangover. The artist is not shying away from other difficult topics either. In the past he took on September 11 in the context of US foreign policy, and the sexual politics in the film La Passion de Jeanne d’Arc’.

Text plays a big part in the work. At the more immediate, aesthetic, level it adds grunge typography as a layered semi-erased representation akin to palimpsest that reveals accidental meaning from reading layers mixed together. And yet, very little chance is intended here, though some is welcome just the same. Guy Denning sometimes cuts out a newspaper article that deals with a certain issue and then works on top of it. He paints, draws and scratches the human condition through. An example is ‘a very sick suicide’, which represents exactly what it says on the tin. 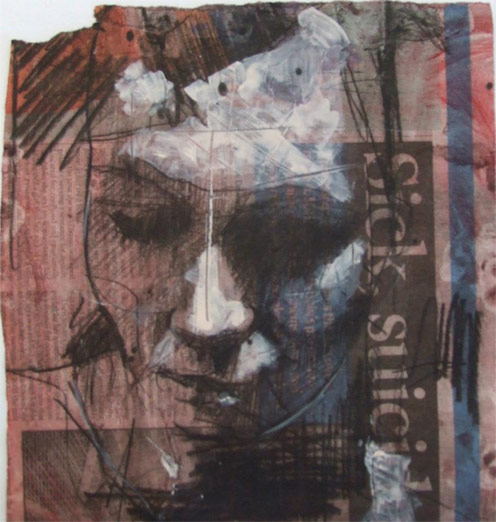 Guy Denning has an impressive but unorthodox affinity with mixing several media and techniques together. Stencils, spray cans, brushwork, dripping paint, conte crayons, you name it. Even a copy machine can be used to do the odd embedded letters as in the style of ransom notes.

He is also rather prolific with drawings. For a longer period, he produced at least one drawing a day. Some of these pieces were drawn on mid-toned paper that gave them an expressive economy. The mid tones where already there, which meant he could focus all the more on the contrast and highlights added in black and white. Others again are on found objects like newspaper and corrugated board.

Born in 1965, Guy Denning has painted and drawn for decades. At the age of eleven he began painting in oils because the odd tubes where handed down to him from a relative who had heard the calling, but admitted to having heard wrong.

In the past seven years he has enjoyed growing recognition for his work, with exhibitions in the US, Germany, Italy and France. The Recognition almost coincides with him having moved from Bristol to Finistere in Brittany, France. In 2006 he was part of the furniture at the Liverpool Biennial and in 2008 he got represented by Red Propeller Gallery. Since then a couple of his works broke into the secondary art market selling at Bonhams.

However, it has not always been plain sailing, to say the least. In his youth, Denning endured one refused application to art academy after the next and chose instead to study for a degree in Art History with the Open University. Wisely he chose not to give up as a practicing artist, and have painted undeterred and with an even stronger determination ever since. Paradoxically, his mainly self-taught unorthodoxy has actually made him more relevant for us today than many of the clones that went through that cookie-cutter called academia.

For a period he examined the intellectual premise of Stuckism, but decided to join up with a group of like-minded artists forming the neomodern artist group and writing their manifest.

Ever since he grew up in a Somerset village outside Bristol and saw the local rural economy crumble, he has been interested in responding to society in one type of political narrative or another. It was then he associated himself with the second wave of punk and saw the light in terms of street art. Later in life when legal street art festivals and urban art projects began to emerge, he dropped in to take part. It all adds to his existing pedigree of what is now termed urban art. Recently, Denning worked in the Tour Paris 13.

Labels in art are funny things, though. In 2007 other people quite clearly identified what Denning had done all along as ‘urban art’.

As it turned out, the artist then chose to embrace this tag whole-heartedly, though these days he is just himself rather than himself plus an art movement.

Image credits:
All images by the courtesy of the artist, © 2014 Guy Denning, all rights reserved. 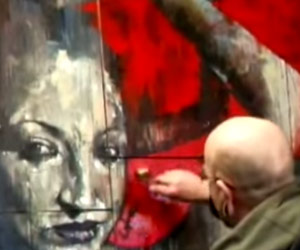 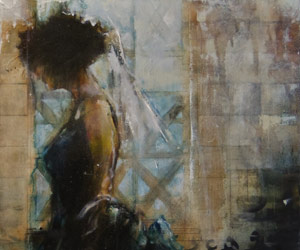 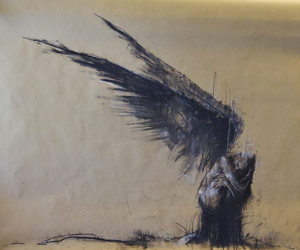 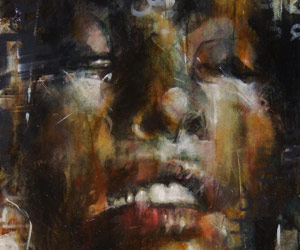 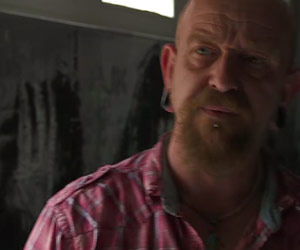