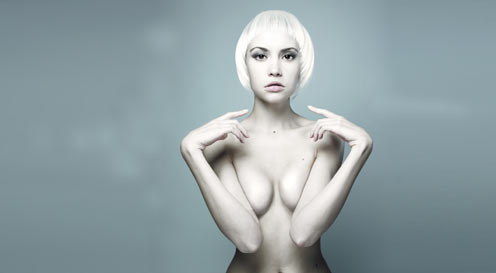 the more than real reality

As a genre and movement hyperrealism has an official definition and then there is the reality which inhabits a parallel universe.

In the BBC broadcasted Reith Lectures, Grayson Perry is examining popular notions of what art is. On the topic art photography, the transvestite potter nails the jelly to the wall by saying that if people on the picture smile, it can’t be art, and if they don’t it is.

Hyperrealism conforms to a similar unwritten rule. Art professionals use two simple criteria to decide whether something is hyperreal or not. One is the topic and the other is the choice of artist medium.

1 if the artist produces figurative work in such detail that it comes with unwanted hair warts and all – and
2 if the artist either paints the work on canvas or sculpts it in vax or silicone rubber then it is hyperrealism.

If these requirements are not being met, then the work conforms to some other less favourable realism. Take here for instance straight forward commercial illustration work, future realism, magic realism or photorealism. Due to the royalty fees associated with reproducing hyperreal art, none of the images in this article cut the mustard. More of that later because for now that is a red herring worth frying.

The hyperreal according to art historians

Then there is the art critic’s official take on this. Hyperrealism, which was briefly known as superrealism, stands on the foundations of the US photorealism of the late 1960s. Whereas photorealism manifested itself in photorealistic work in whichever medium applied, the Hyperreal appeared more than real. It all had turned the heat a few bars up. The colours where more saturated, the contrasts and highlights were subtly exaggerated, and the detail was more detailed.

The first fine artists known as hyperrealists were Antonio López-Garcia, Audrey Flack, Chuck Close, Richard Estes. These fine artists were all helplessly unaware that they were later to be called hyperrealists. The term was not officially coined until 1973 when the Belgian gallerist Isy Branchot thought one rolled slightly better over the toungue than the other. The French transliteration was probably for the better. At the time photorealism got terribly mixed up with popular perceptions of commercial illustration work as created with airbrush for the advertising industry.

In those days the more than real representation of cityscapes and urban chrome and glass all qualified as hyperreal works of art, along with detail views of over-dimensional objects.

In over-simplistic terms, the next big thing that happened in hyperrealism was that it increasingly mirrored and criticised society. In 1988 Duane Hanson produced Queenie II, a lifesize sculpture of the obese Afro-American cleaning lady, the silent reminder of the many Americans who drudge away barely scraping through on subsistence income.

Hyperrealism is here to stay as a fringe movement. On balance there are not that many hyperrealist artists in the contemporary art world given what a minefield it represents for many careers. Besides, it is slavery to a level of detail that many perceive as unnecessary to bring an idea across. However, there are a couple notable exeptions, who are comfortable with the tag. One is the Austrian Gottfried Helnwein also considered a shock artist, and the Australian Ron Mueck.

Some realisms are not hyperreal, because they are not permitted into this context. Above you find a 3D computer retouched portrait. Next to the right you see a concept architectural drawing, and beneath it a futuristic magic realist illustration. Conversely, at the bottom a computer airbrushed chrome ball. These have all been acquired outside the realms of fine art at a total of $20US. 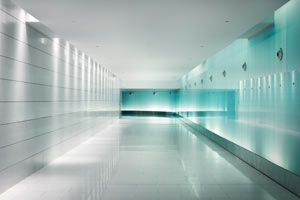 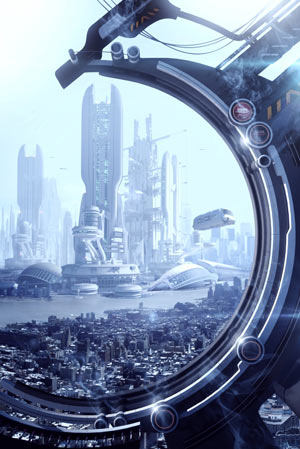 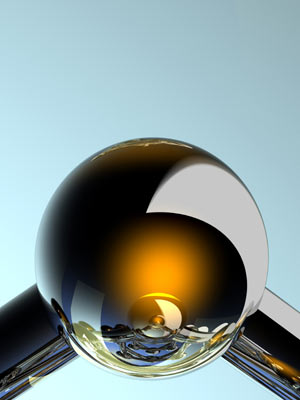