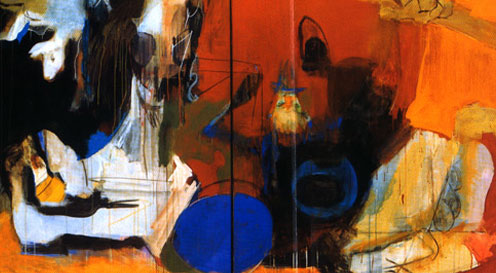 From neo-realism to independent expressionism

It is easy to go into accolade overdrive on the works of artists, but Júlio Pomar stands out as a beacon in Portuguese art, though defining what he does exactly proves elusive.

The body of work of Júlio Pomar is pegged as ‘neorealist’ sometimes. Many decades after, it is likened to be in the same vain as this British ‘ism’ of art. It was manifested by the likes of Robert Bevan, who it turns out, first was into fauvism inspired by Gauguin.

At the unset of the First World War, the movement began life in an exhibition by Ginner and Gilman. With a manifesto against decorative imitation of post-impressionism, the two explored scenes of daily life with an immediacy of rendered colours and shapes.

Later on Pomar was influenced by Mexican muralists such as Diego Rivera and Orozco, but soon absorbed many art movements from different cultures and eras.

Not being afraid of colours helps Pomar tremendously

Influences aside, Pomar is not easily categorised for those who insist on doing so. He commands everything from the subtle palette to the vibrant, contrasting and dramatic. Being no sufferer of colour allergy, Pomar draws on a complex vocabulary of subjects. Ranging from portraits to illustrations of fiction such as a triptych depicting ‘Don Quixote and the Sheep’.

The artist expresses himself in both sculptures, drawings and painting. Focusing here on the painting, it is evident that he uses many techniques simultaneously and with great virtuosity. He deliberately lets paint run down the canvass or scratch paint off with nails or the wooden end of brushes. He uses under painting so as to let small parts of the underlying paint add sparkle to the lustre of the paint on top it. Other areas again, he simply chooses to leave sketchy partly to add a sense of movement but also to draw us to the more detailed parts such as the face in a portrait.

Júlio Pomar was born on 10 January 1926. He attended the ‘College of Fine Arts’ in Lisbon and Porto. After graduating, many of his exhibitions have been held mainly in Lisbon and Paris, and he made his first solo exhibition with the Independents in 1947 in Porto. Júlio Pomar joined the Porto art group the ‘independents’ (Os Independentes). Today, the sculptor and painter is regarded as one of the most influential artists in Portugal, and is widely acclaimed internationally. 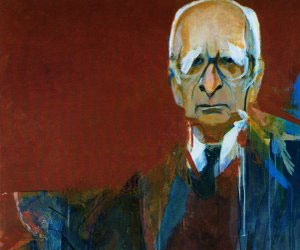 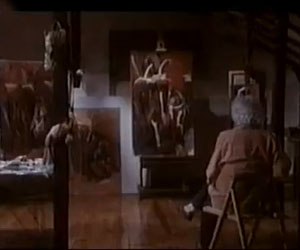 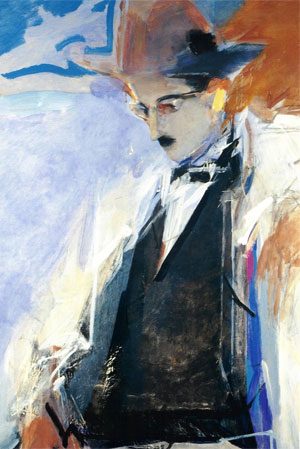