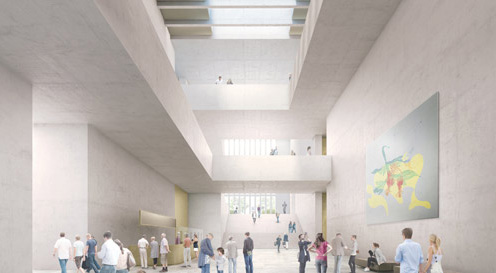 the old and new at the house of art

Kunsthaus literally means “house of art”, and though many a kunsthaus exist all over Europe, there is an argument to be made that the Kunsthaus in Zürich, Switzerland, boasts one of the most masterful collections in the region.

Of course, it is not scientifically proven that the Kunsthaus in Zürich is the best museum, but rather a matter of personal opinion, gathered over time and repeated visits. While it is tempting to make broad, sweeping, conclusions about how the Kunsthaus is sleek and efficient, much like the country it resides in, avoiding these stereotypes allows us to focus on the specialty of the museum itself. The Kunsthaus is an easy tram ride away from the Bahnhof, and after entering an airy lobby you are let loose in the buildin once you’ve negotiated a flight of stairs.

The Kunsthaus, is a time capsule. The building opened in 1910, but within it the hallways take turns between modern and more antiquated. Within the Kunsthaus, works by Albrecht Dürer exist with Alberto Giacometti and Piet Mondrian rests on the same floor as Cy Twombly. The collection is not enormous- and this is a key strength of the museum. It is manageable, and the museum makes sure that you know this and appreciate it.

There is more space between the art, more room to let your thoughts ruminate in the wooden rafters and frosted glass ceilings. We’ve all been visitors to museums whose collections are so vast that we feel dwarfed and intimidated, though excited about the challenge. The Kunsthaus instead asks its audience to question and look more, a challenge of a very different sort. It is true that the variety of the collection could easily draw you in for days, weeks, even months- but it is no labyrinthine Louvre!

The rooms within the Kunsthaus vary in size and layout, and the themes of each room become fairly obvious. The Kunsthaus divides its rooms by themes, such as Baroque or Dutch still lives, and the colour schemes of the rooms change as you wander. The Kunsthaus also arguably possesses one of the best collections of the early 20th century Swiss artist Ferdinand Hodler, devoting a beautiful, airy room entirely to his works. Within this room, one can view his enormous to his minute canvasses, and marvel at his fantastic use of color and form. Anatomy under Hodler’s brush becomes a whole new thing, and a beautiful one; the human form looks more stark and bare than ever.

The expressionism in many of the paintings in the Kunsthaus feels refreshing. As a traveler from southern Switzerland, where Baroque and humanism ruled all art, the Kunsthaus gave me the beautiful haptic emotions of more northern art, from artists like Edvard Munch all the way to the more emotional Madonnas who exist in the older rooms. Edouard Manet is not to be forgotten also, giving us dark, churning water in an exquisite piece. The collection also does an excellent job of getting demonstrative pieces of an artist’s work rather than attempting to acquire every work by an artist. In this way, it has cleverly tailored its collection to be a sharp, smart thing, with quirks and wit to delight any and every visitor. There is a beautiful Rembrandt and some absolutely marvelous Oskar Kokoschka examples, and a self-portrait of Vincent Van Gogh with a garish red background is perfectly magnetic.

The collection, while being intelligent and undoubtedly well curated, is not snooty. Some museums that try and focus on modern art, like the Kunsthaus, often reject a certain sector of society that simply doesn’t “get” modern or abstract art, but the Kunsthaus instead brings them in and gives them variety. In the case that somebody doesn’t understand or enjoy the unclear Fernand Léger piece on the top floor with the Picassos, they can simply move to find something that is more to their taste without feeling put off. The Kunsthaus never isolates but rather lets one fluidly join in the ongoing conversation about art. The added bonus to this splendid collection is that is hardly ever crowded. On a few visits I have actually experienced the ethereal feeling of having the museum entirely to myself, something that was both relaxing and exhilarating.

The Kunsthaus’s only fault, in my biased opinion is the lack of benches to sit upon. In front of some of the more compelling works, I had the urge to stand up and sit down and look at them from and relaxing. If this is the Kunsthaus’s greatest flaw, Zürich is still a great place to visit. Now, what I suggest you do is go there for yourself! (Take Tram #3 from the Zürich Bahnhof).

There's a library, which is open Monday-Friday 13:00-18:00
Department of Prints and Drawings, to view subject to prior appointment

tram 3 fro the central station, bus 31
tra´ms 8 and 9 from paradeplatz