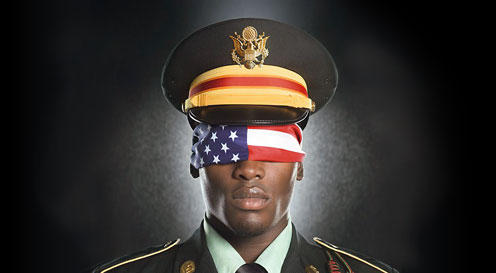 Badessi is acutely aware of the etymology of the word photography: the act of drawing with light. It is no coincidence. The US-naturalised French artist is son of a family of three generations of photographers, who all ate, slept and breathed photography.

The ‘occupational hazards’ of being brought up amongst photographers do not end there. The perhaps biggest one is that the craft of photographing becomes second nature to you like riding a bicycle. As a result of this prowess, perhaps, the artist soon choses to explore the negotiation and dynamics that take place between sitter and photographer. I.e working out what exactly happens when you do so within a culture, where this form of signification appears to be commonly understood – but really is not. He soon pursued this thesis academically, and then went on to test the antithesis by photographing people who have had no exposure to our notions of visual culture. The result was the acclaimed bodies of work called Ethnik and Skin.

But Badessi, we sense, is on a relentless quest; and we are benefitting from encountering what he has found along the way.

His production is prepared in neatly defined series. It contrasts the individual stand-alone works later curated into logical structures by a third party, which in turn, is becoming more the norm than the exception. Examples are the series titled American Dream, this is not a dream 2006, – The unavoidable temporality of existence 2009 – and Dreaming Marilyns 2012.

Although the photos are charged with a certain energy and have a fantastic immediacy, they are far from being spontaneous snaps. No rather, they are all carefully orchestrated works of art, in high definition and as meticulously researched as can be.

American Dream, this is not a dream

The work invites to dialogue. While there is never a prescribed and authorised way of reading art, it is hardly a coincidence that you are seeing uniformed servicemen being blindfolded with the American flag. Regardless of what our own personal filters may be, chances are that it would resonate with recent US foreign policy in one way or another.

The unavoidable temporarily of existence

It has been important for the artist to explore the ‘unavoidable fragility of life’. By hearing this, an art critic’s alarm bells would ring immediately. Or put in another way, the devil’s advocate would mock the act of taking on this our existential enigma—again.

It is because this signified has been evident in mark-making culture for 68000+ years. It is who we are condemned to be, and what we then feel compelled to express when the penny drops. Hence, it is as obvious a human deed as that of flushing the toilet. With borrowed wisdom from Kierkegaard to Wittgenstein, we can then trash every generation of artists for their preoccupation with the logical fact that we’re mortal. We can be as mercilessly overbearing with it, as we are when every generation of teenagers proclaim that they have just invented sex.

But if we took that stance, we would not only smell of decay, we would positively be dead inside. Luckily, every topic in art need not be novel to be justified. In the same token, artists do not have to justify their art either. Especially, when they create deeply personal projects.

For Badessi, the whole issue of human fragility manifests itself in a refreshing way through his art. The butterflies are there as an apt symbol of the ephemeral. The symbolism long predates Damien Hirst, whether or not you have just made the connection yourself. Large sheets of thin tinfoil pieces are also part of the compositions. The colours within are genuine reflections from colour card boards and not something doctored in Photoshop.

More recently, the artist completed a series of Marilyns. These works of art succeed even if you don’t know what they are succeding at and how. Maybe it is this exquisite poetry and an undercurrent of irony that do it. Something odd clearly takes place here, and no one could sum it up better than Badessi himself:

Marilyn Monroe’s career was a dream come true. It was the quintessential American Dream, but as we all know her life turned out to be not a happy one.

For this project, my concept was to create portraits of women made up as Marilyn and dreaming about her. Purposely, I did not want to photograph women that specifically resemble her, but instead I searched for women that had one thing in common – a passion for the pop icon.

To be able to extract not the extremely glamorous and playful aspect of the actress, but instead her vulnerability, I asked my sitters to close their eyes, to relax and to deeply think about the fragile side of Marilyn. The state of dreaming would visually connect these women to one another and bring an ethereal feeling to the series, thus recalling the mystical and vulnerable side of the actress.

The inner beauty of this is teased out through an empathic projection of how Monroe may have felt. It contrast the glamorous hype surrounding her, as created in no small part by the public who wanted the myth. Yet again the work is a strong collaboration between sitter and photographic artist, and between us and the aforementioned.

Badessi is currently represented by these three galleries: 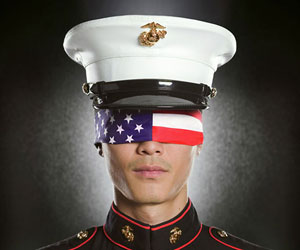 American Dream, this is not a dream 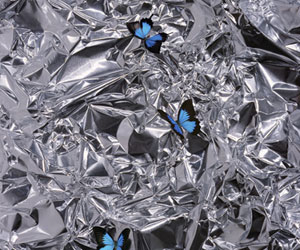 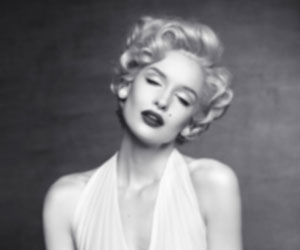