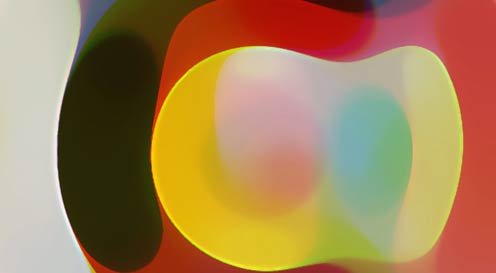 Upon seeing his first iMac, the late Steve Jobs famously burst out: “It looks so good you want to lick it”. That’s exactly what springs to mind when you see oil paintings by Matchoro Guy, and they look like nothing else you find out there.

The artist, who works in Nevers, France is an insightful, political and erudite character. His website – which you are advised to visit – contains both aphoristic and longhand artist statements to help us contextualise his work. Instead of reiterating what you can already find on his website, we’ll explain what we find remarkable about his art.

Sponging up all the beauty

Guy’s work is poetic. But not in a bloated Lord Byron poetic sense. Good lord, No — and sorry Byron. Rather, the art is like Japanese haiku, and that is hardly a coincidence. Guy, who has lived in Japan, has collaborated with other artists in Kyoto. There he has absorbed the local culture, and later fused it with a wider Asian and European experience.

-my «job» as a painter is made up of moments. A series of moments of truth which represent the risk taking of an artist. The moment of truth is “of truth” when it irreversibly fixes something on which you cannot return: One moment that you cannot play again.

The abstractions all double fire your senses whilst creating their own reality. You have no idea whether the shapes are receding or preceding, and yet they have a calming stillness about them. The solids are like gassy mists akin to the sensation of being myopic. Imagine for a second that you’re fumbling about trying to find your minus 6 glasses. Well, then you’ve arrived at the same station we reached a moment ago.

The next station reached is the one that establishes that Guy’s canvases look as if they are from a completely new age. They have undergone a development, totally unique to Guy. You immediately sense that the art is lasting, and that it subscribes to no fashion fad.

On feeble attempts to reverse-engineer the art

If you were to try this out at home, you’d be adviced more than elementary understanding of refraction, and how subtractive colours appear when mixing light. Unless, of course, you bring in a computer as part of your artistic process, and even then it takes some mental energy.

The vast production team of Takashi Murikami uses Macs and Adobe Illustrator software to plan their work in vector graphics. Arguably, It could be done with pencil and paper. However, if renaissance artists knew what planning tools we have available today, they would use them as well. They would also find ridiculous the many orthodox thoughts that plebian society habours on artists, and how in turn artists ought to work in order not to cheat. Counter-intuitively, unwritten rules and expectations are even more pervasive in our age, than in any previous.

In the same token, a simple experiment with the said software could simulate Guy’s style convincingly. E.g add coloured, semi-transparent, and overlapping layers. Then apply ink effects, and whizz it all though some gaussian blur. When you have sketched up a good composition, you can then paint the painting whilst exploring the opportunities offered by the paint itself.

In art as in life, the ‘could do people’ are rarely the ‘do’ers’

The important thing is the end (result), not the means to the end. The little respect e.g. photographic art appears to command, is partly due to people knowing or (or thinking they know) how it is being done: You press a button, don’t you? What is ignored here is the person standing behind the camera. S(he) is, and will always be many times more important.

In the same category of blinkered thinking, you find these trite remarks:

Well, good on all the people who could. But there is one sobering fact about all this: they never would, would they? 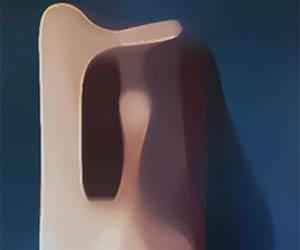 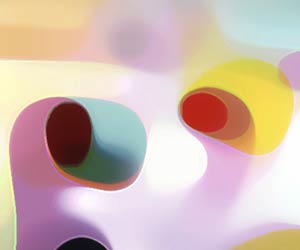