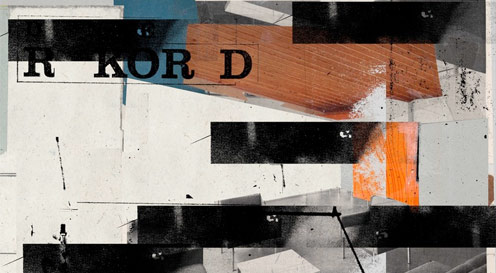 At first when you notice that the artist recycles the same ultra-brief biography on several art sites, he appears laz…erh…economical with his efforts.

But the fact of the matter is that he dedicates his time to creating art rather than talking about it. He deliberately shys away from lots of psycho-babble about his art and justifiably so. His strong body of work speaks for itself.

We know it, and he knows it.

Holland’s bold assemblage art is a bi-product of an intricate process of appropriating fragments until the compositions create their very own statements where ever they end up. He collects publications of diverse subject matters, and from various nations and eras. A good part of his raw material is vintage, another part is from today. The scraps are then composed on paper, retouched and sometimes combined with printing. The work then often receives light digital doctoring on the computer.

Micosch Holland and his track record

Today, the artist lives and works in Schondorf am Ammersee in Germany. He was born in Mönchengladbach, Germany in 1968 and since then a lot of water has run under the bridge. His journey towards his present work took him past the Academie Beeldende Kunsten. For the uninitiated it is an art academy in Maastricht. The latter is a place in the Netherlands – more precisely at a crossroads where you are in Belgium when you open the front door, and in Germany when you visit your neighbour.

Then, he, like so many artists before him, chose to make a living as a graphic designer in Munich and Berlin. So far it has landed him awards for his art direction.

Somewhere inbetween he seized the opportunity to mount a few group- and solo exhibitions. It paid off in more than one regard, and the Bayerische Staatsgemäldesammlung, i.e the Bavarian State Art Collection, chose to acquire some of his work.

The compulsion for creating art from found objects

The process of creating art from found objects is always a breath of fresh air in an otherwise stuffy art world. There is a lasting interest for assemblage art among collectors and artists alike. Notably, artists such as Robert Rauschenberg, Elsa von Freytag-Loringhoven, and Kurt Schwitters have all been very fond of the creative process. 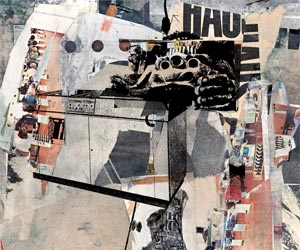 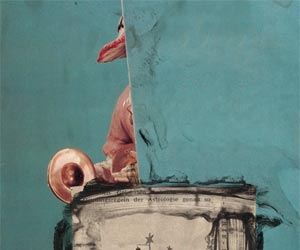 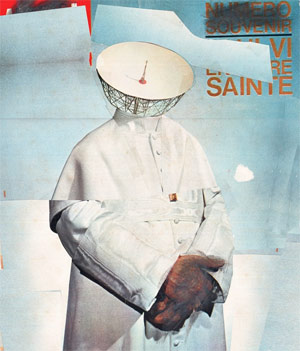