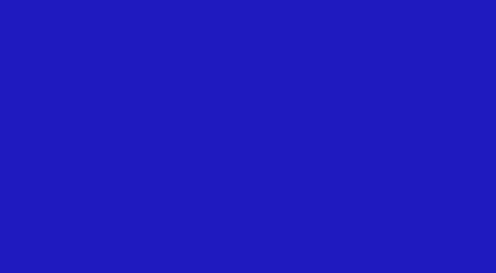 mnmlsm — the art of reduction

At the tail end of modernism we received minimalism, because near the tail is the region where not only shit happens but also where all the fun, and life-giving births tend to take place. The realm of minimal art was no exception and proved to be a brand with great promise. Simply a bunch of artists decided to work with the forces of reduction in their own individual way.

There was plenty of honesty to the artists, some of whom made land art in the know that a concrete blog in a desert was completely unmarketable but was art worth producing. The same indifference to money could not be expected from the rest of art world, who collectively saw it as the perfect opportunity to test the type of hype learned from Pop Art. Only this time on a grander scale.

Allegedly, minimalism is an intellectual reaction to abstract expressionism though the artist Barnet Newman is considered as much an abstract expressionist as a minimalist and colour field artist. Already here it is evident that minimalism is something invented by art critics and non-artists to make sense of the world. Their intellectual premise was borrowed feathers from the British philosopher Richard Wollheim.

Donald Judd, the one artist who is today considered the archetypical minimalist, stridently disavowed the name tag all his life, pointing out that his art was his own, and simply consisted of items that were democratically available to everyone, and which were arranged in a visual hierarchy to claim their autonomy.

Yves Klein is increasingly regarded as a forerunner for the movement, but considered himself a new realist. Other than that, the list of artists associated with minimal art included John McCracken, Agnes Martin, Dan Flavin, Robert Morris, Anne Truitt, and Frank Stella.

At its height, one of the biggest complaints about the movement was lodged by the critic Robert Hughes. The guy was completely at ease with the notion of all art being art if intending to be art. However, to him it did not mean that all art was good.

He argued that minimalism relied 100% on museums taking on the roles of being co-artists. That is, the work only became art the moment a museum provided space for it.

Of course the museum context helps all art, but such a total dependency of this ready-made context was unprecedented and deeply worrying to the art critic. His argument ran along those lines:

Place a Rodin sculpture in a garage, and it will just be a misplaced work of art, whereas Equivalent VIII by Carl Andre would merely be perceived a pile of bricks in the same garage.

Hughes then ventured on to say that the same was true for much art by Donald Judd. The works would  just be mistaken for plywood boxes outside their intended context.

Amidst the criticism, it soon became apparent that museums fought the corner for minimalism more so than for anything else. Although it is sacrilege to suggest so, they did it out of self interest, and that even if they were not fully aware of it or dared to admit it.

Being the co-artist is a tremendous influence to suddenly have as a museum. Not least if you are a frustrated artist within a temple of art. The defence was also a convenient way to project an aura of educated, open-minded, inclusiveness to the public. The signal value of which would impress any Public Relations specialist. Finally the defensive role was necessary to fend off public scrutiny over the cost art acquisitions in the media.

However, the biggest blow to the movement has recently come from contemporary art itself. The often erudite MFA crew of artists regard minimal art a natural if not necessary part of art history. Yet they see minimalism as

Nothing more than a Duchampian ‘me-too’ camp

In case it escaped our attention, the latter turns out to be one of the biggest five-fingered smacks you could place in someone’s face. From extended and collective ‘art crits’ – as conducted at leading art academies – it appears that students learn the ideal for contemporary art is concepts not done before.

But not only that, the student work should not use any philosophical framework from the past as a springboard. Even calling this aspiration ‘avant garde’ is so yesterday.  In fact no one has dared to use the term since the CoBrA movement in the 50s, though it denotes ‘cutting edge’ quite accurately.  It is a tall order not to regurgitate, sample or reinvent the past as art has always done. It leads some students to be paralysed by analysis, and other students to just get on with shapes and colours — as they should for the sheer hell of it.

Minimal art and its legacy

As a direction in art, minimalism promised much though its exact legacy will forever be hard to formulate. The great paradox is that while we are looking for meaning in minimalist art, it is only to be found inside of us. Simply, minimalist art requires us to play along and project our own meaning into the empty spaces of its metal boxes. If we ‘don’t get it’, what do we do? We seek explanation in the words of  proponents of the movement, who in turn have spent too much time up their own post-structuralist backsides.

What it all boils down to is that minimalism, like so many other movements before it,  was hailed as a societal catalyst but turned out just being part of society transforming itself. In that regard, minimalism has  influenced us in subtle rather than dramatic ways. It has also made something very obvious. If minimalism did not exist, it would have to be invented today.

Minimalism is increasingly being time-stamped to the 60s and 70s. It is a clerical mistake, and it is easy to understand why we accept it so readily. Simply, it was the period in which the phenomenon commanded most air time in the media. Retrospectively, it might all have been hot air over an umbrella term that none of the artists themselves adopted whole-heartedly.

Two examples are enough to deflate the hot air balloon. Yves Klein’s monochromatic paintings date back to 1961. But as a concept it was explored by the suprematists as early as 1918. Either way, Yves Klein’s IKB 191 above  is as reductive as it gets. By all accounts, it is a lick of ultramarine paint on a canvas, but then again it could also be a still from the 1993 film ‘blue’ by Derek Jarman or a 2014 pantone reference at your printers .

Secondly, the living artist Frank Stella stretches the term minimalism beyond the modern or modernist era. He is part of the furniture at Guggenheim Bilbao with his recent art. 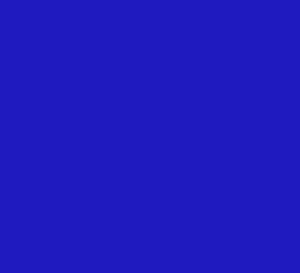 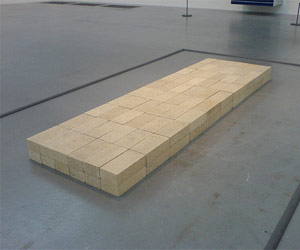 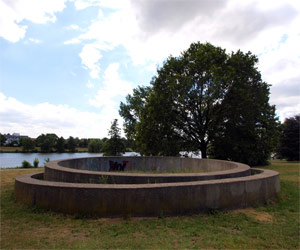 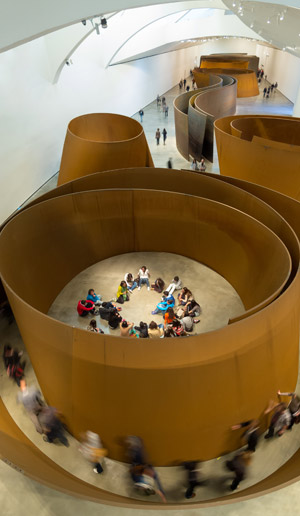